Bountiful Mod 1.8.1, 1.17.1, is a mod that revolves around one block, the Bounty Block, and the items found within it: Bounties!

It is simple to create a bounty board. All you need are some wood and some papers. Once the board is set up, you will see bounties begin to appear. These bounty come and go at random. Each bounty asks you to collect some items or kill a few mobs of a particular type. Every bounty comes with a list of rewards that you will receive once you complete the bounty. You can always come back later if you don’t like any bounties. Every day, old bounties are taken down and replaced by newer ones. You can bring the one you like once you find it.

After you have collected all the items the bounty asks for and/or killed all the mobs it is asking you to kill, you can right-click on the Bounty Board to turn it in. Your reward will then be returned.

The Bounty Board only displays items from vanilla Minecraft by default. There are no rewards other than gold ingots or gold nuggets. Modpack makers can add bounty items to this board by using the config JSON files. If you wish, you can also designate completely different rewards.

Bounties can be ranked according to their rarity, just like other items. You will reap more rewards for finding rare bounties than you would from regular ones. The same rules apply to rarity as vanilla: Rare, Uncommon and Rare, and Epic.

This mod also works on servers. You can also set rewards for servers that use a common currency. 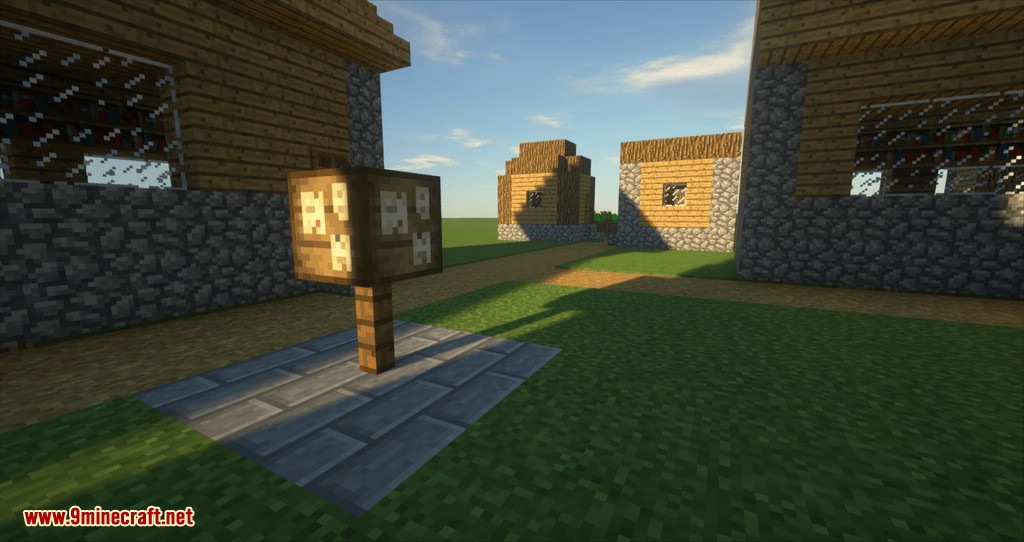 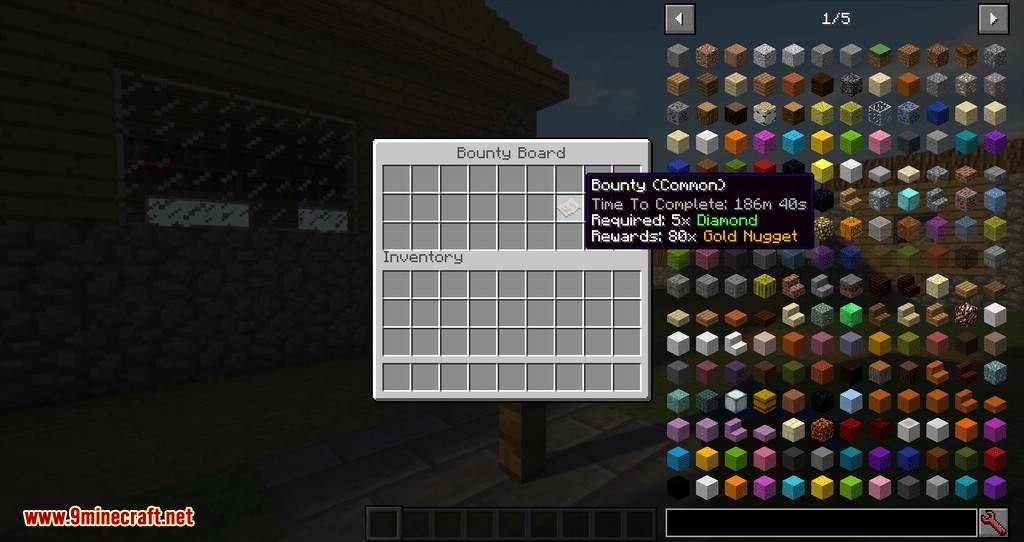 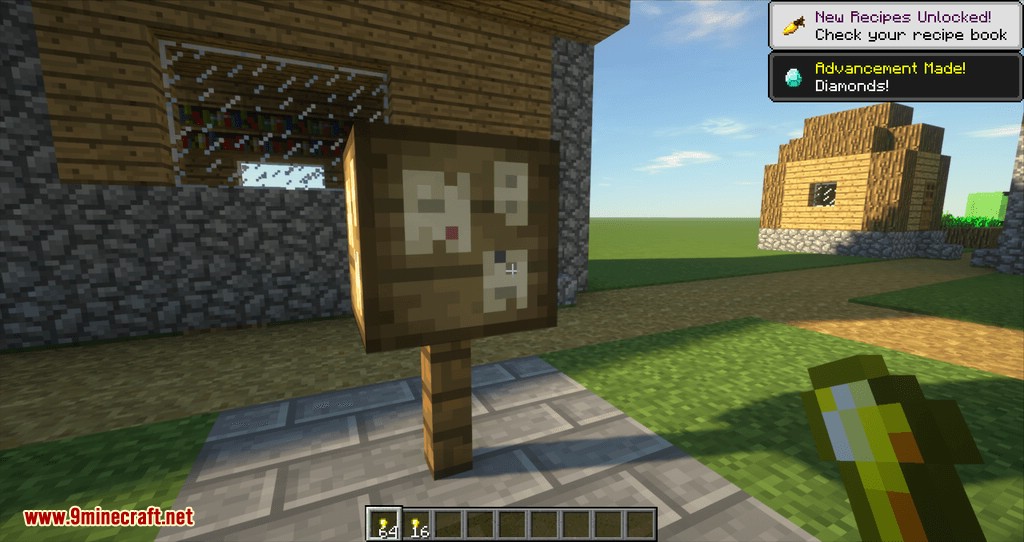 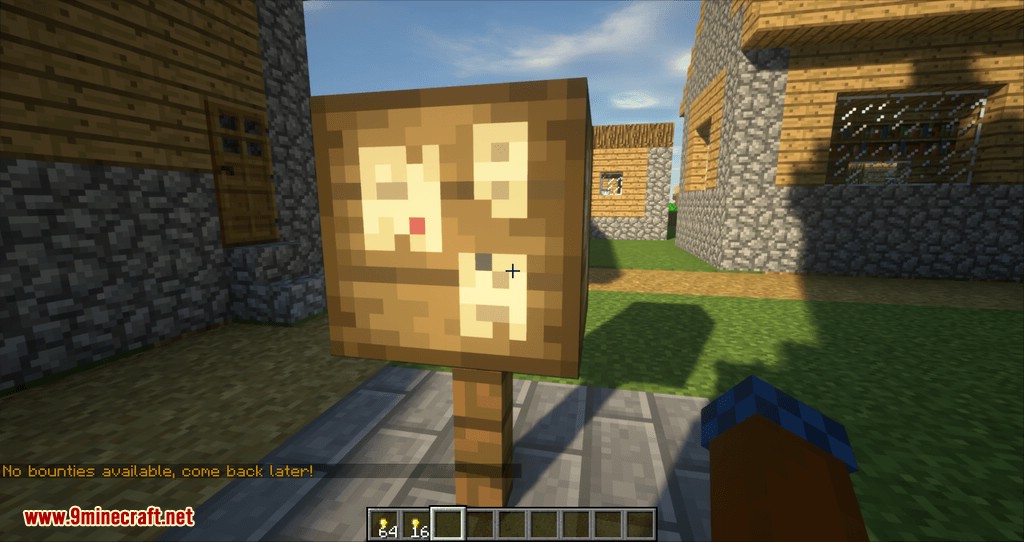 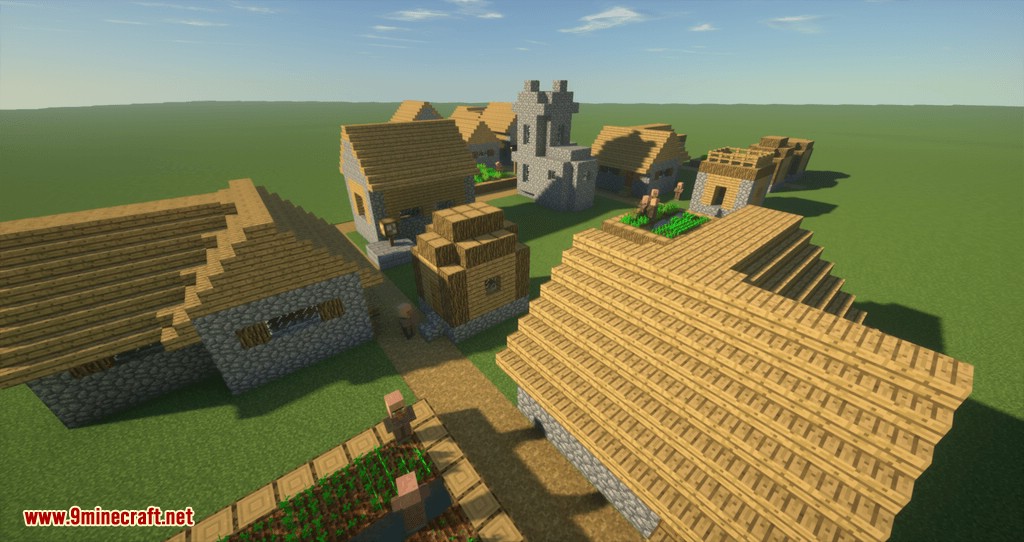 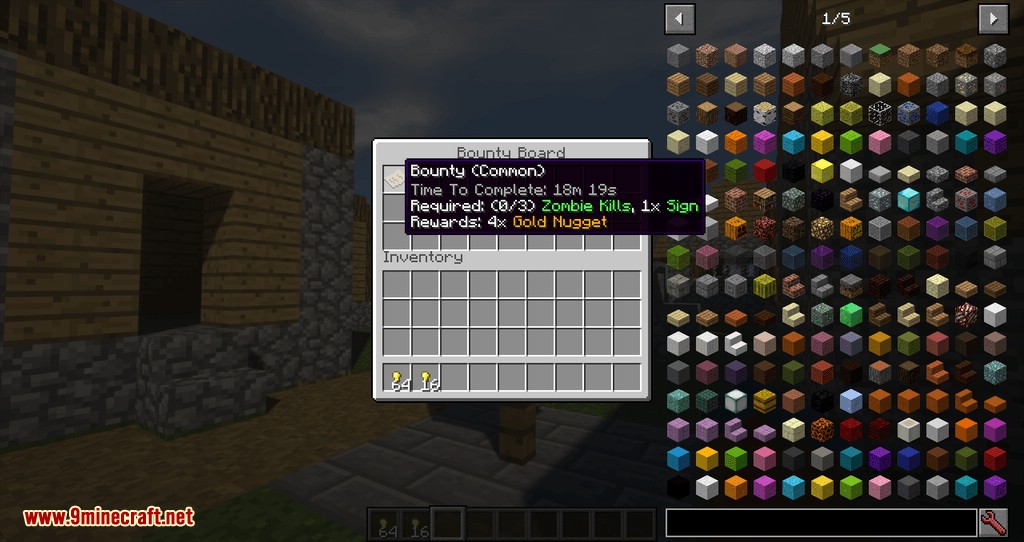 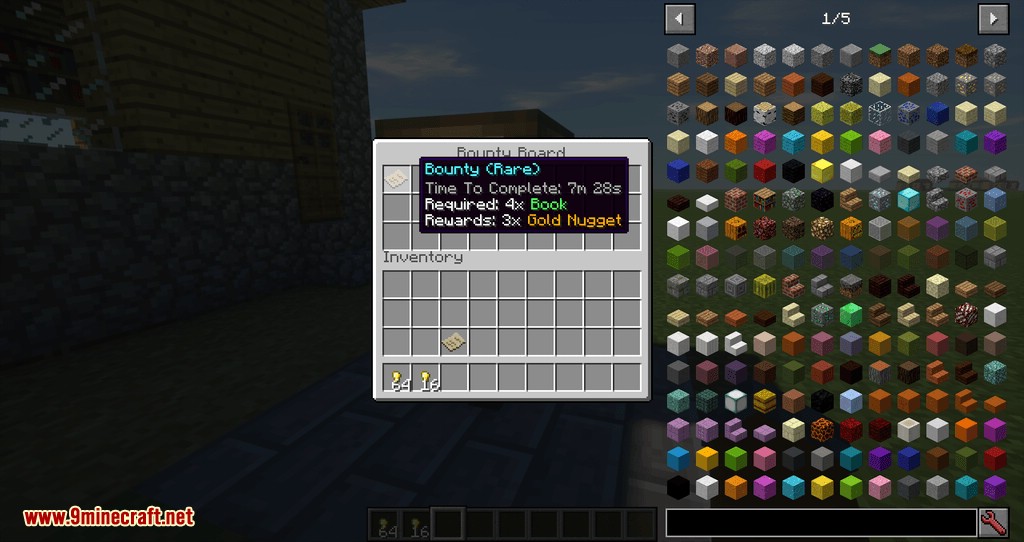 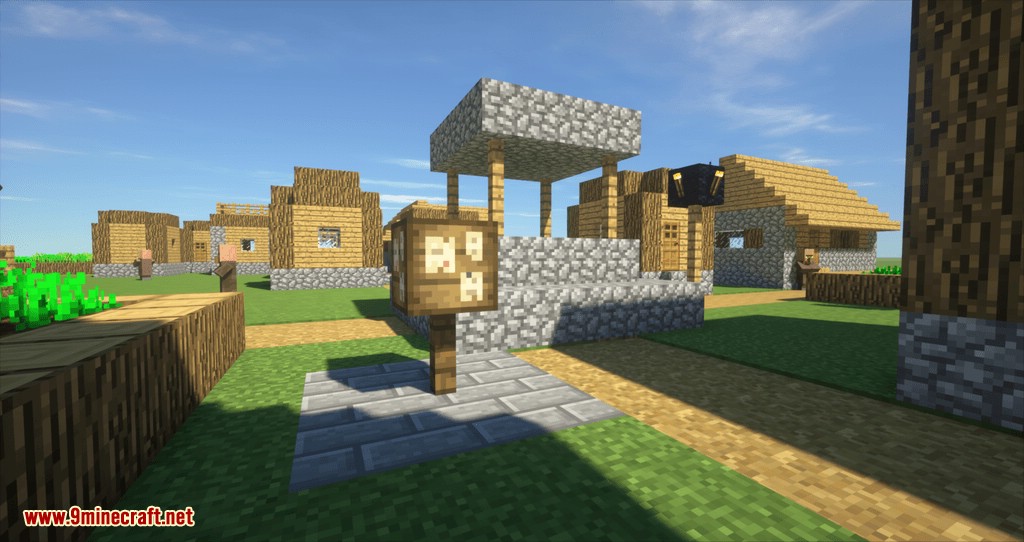 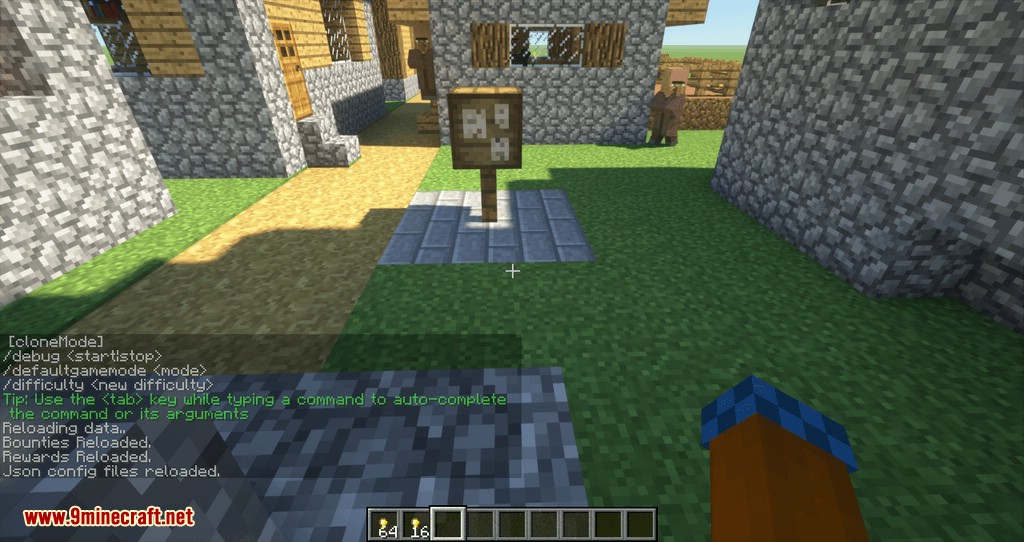 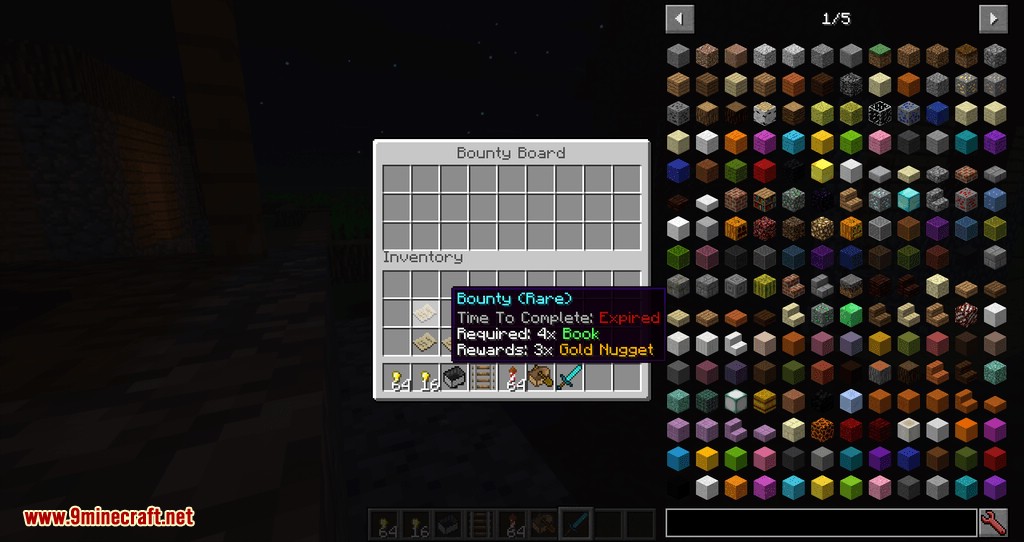