Core provides common functionality for all mods. It also offers a number of useful commands, configurable game tweaks and a friend list. It notifies players about any updates to the CoFH Mods.

When a mob with a custom name dies, a death message is shown in the chat as if it were a player. This is enabled by default.

If color blind textures are enabled, features that rely on color use different textures for people with color blindness.

The friend list is a feature that allows players to mark other players as their friends. This can be used by blocks or items that are secured with a signalum security lock.
Management

A player can manage their friend list using the command.

While the command allows players to quickly add and remove other players, a friend list can also be managed in a GUI by using.

This GUI consists of a text box with buttons to add or remove a player, a list of online players and the friend list itself. Player names can be chosen from the lists, or typed manually in the text box. 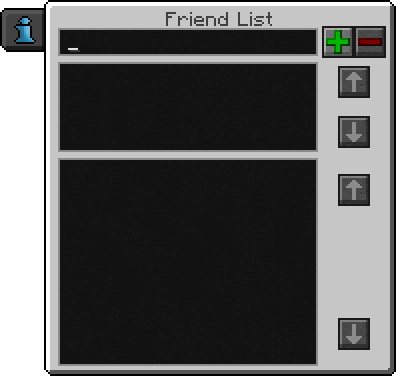 When a block or item that is secured with a signalum security lock is in ‘Restricted’ mode, the owner and anyone in their friend list can access it.