Enjoy exploring the world, but remember to be cautious about falling into the Void or dying. You don’t want to end your life in the Limbo dimension.

“Limbo is the accumulated remains of a thousand dead worlds, timeless and infinite. Yet it is not a lifeless realm, because something old sleeps here, something that watches and waits. Think twice before you break the ancient walls within the dungeons, because whatever built them did so for a very, very good reason. There are eyes in the dark, and you are not supposed to be here.”

Limbo is part of the Dimensional Doors mod made up mostly of Unraveled Fabric. It’s an alternate dimension that can be accessed by dying (with some other methods) in a pocket dimension the player accessed through use of dimensional doors or teleportation by Monoliths. When the player is teleported to Limbo, the player will fall from the sky to the ground without risk of fall damage (excluding instances where player-made structures are directly below the spawn point).

It should be noted that if multiple people die in a server and land in Limbo that they may not be able to find one another. The spawning points are easily in the thousands, even in the ten thousands, making it difficult to locate one another in a timely manner.

Another note to make is that within Limbo’s skies lives a giant red eye, similar in appearance to the Monolith eye but more docile than Monoliths.

Getting into Limbo is not difficult at all. There are various ways (listed below) to access this dimension.

The best way to exit limbo is to keep heading down in layers until they see darker blocks, these blocks are Eternal Fabric and Ancient Fabric, the only blocks in limbo other than Unraveled Fabric. These should be around Y:20. By walking onto these blocks the player will be randomly teleported to a location in the overworld and the player will keep all of their items. The other alternative is to die by starving to death or using potions such as instant damage. Doing any of these will return the player to the player’s overworld spawnpoint. The player can also place unstable doors, with the possibility that it will transfer the player to the overworld. Another method is to build a Nether Portal.

The player may break the eternal fabric all the way to y:0 and fall into the void and spawn in the overworld.

Cheating Eternal Fabric or Ancient Fabric and standing on both of them works great, it will take you back to the overworld with no consequences, and all your items.

Dimensional Dungeons are part of the Dimensional Doors mod. They are dungeons that can be found in naturally occurring Pocket Dimensions.

A smart player is always wary of even the smallest signs of danger. Knowledge is power in all dimensions, and Dimensional Dungeons are no exception. Sharp wit, a keen eye and quick reflexes are all but necessary to navigate these new worlds in relative safety.

There are many dangers found in Dimensional Dungeons, including void falling traps and TNT traps, as well as Monoliths to prevent the player from avoiding environmental hazards.

Pocket Dimensions are opened with the use of a Rift Blade or a Dimensional Door. They will be entirely black. The only thing the player will be able to see is the portal they just came through. The dimension is actually a cube surrounded by Fabric of Reality blocks. These blocks are perfect black, the same color as the void. It is possible to break the Fabric of Reality with your hand, or to replace it with blocks from the player’s inventory. They give off a decently bright light level, making it very easy to see something placed inside the room.

Dimensions entered through a naturally spawned portal can be hallways or rooms made of stone brick, often with a handful of other Dimensional Doors or Warp Doors. Some dimensions have traps or hidden chests.
Player-made dimensions, those made by placing a door in a non rift spot, are completely empty and do not contain Monoliths or dungeons. They can be useful for storing things should one find themselves in need of extra space, or one could link the dimension with another spot in the overworld to cut travel time. However, dying in such a dimension may still send the player to Limbo.

If you die in a pocket dimension and have a charm of keeping in your inventory, you will spawn in Limbo with the respective amount of gear for each tier rather than all your gear. 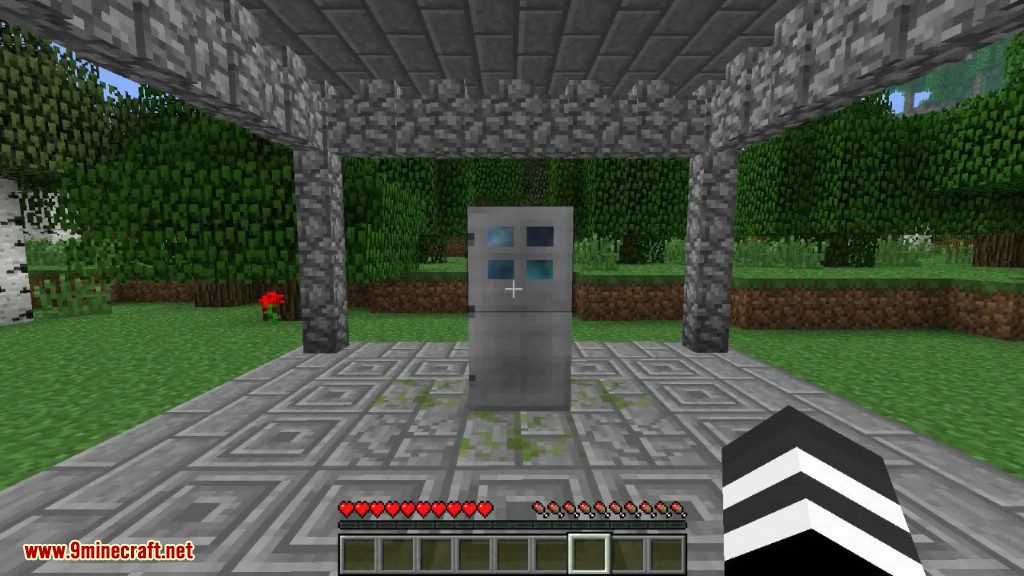 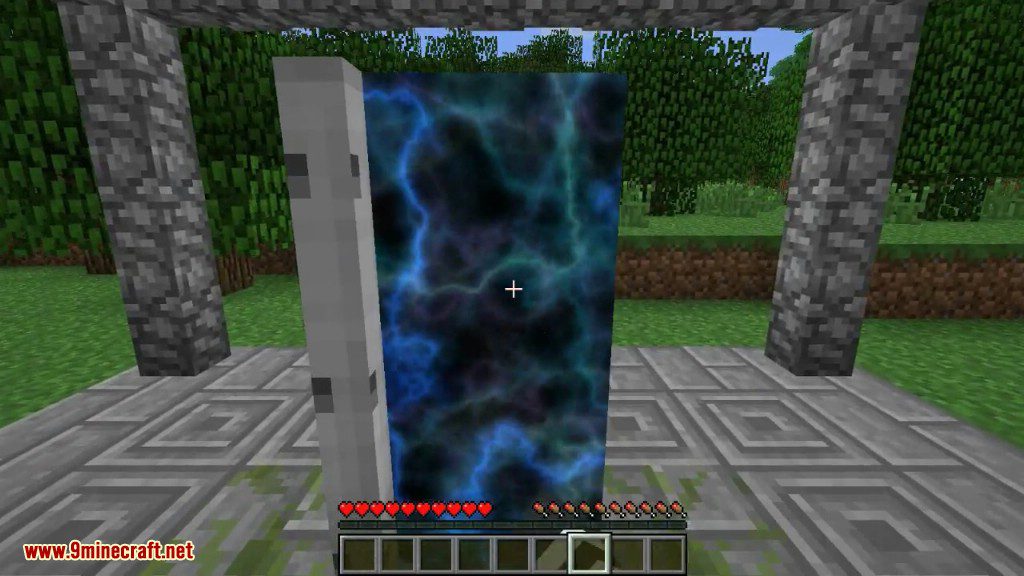 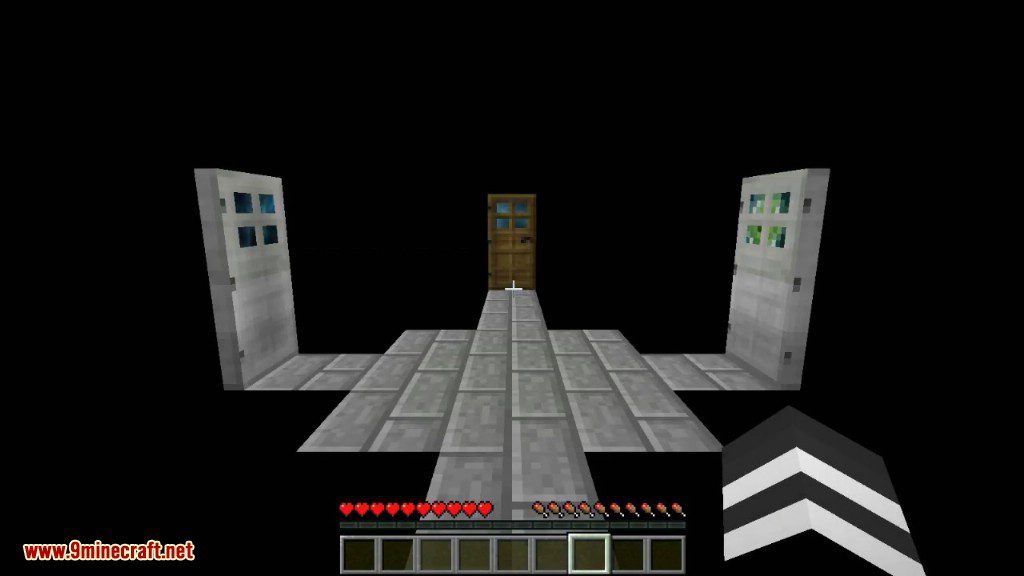 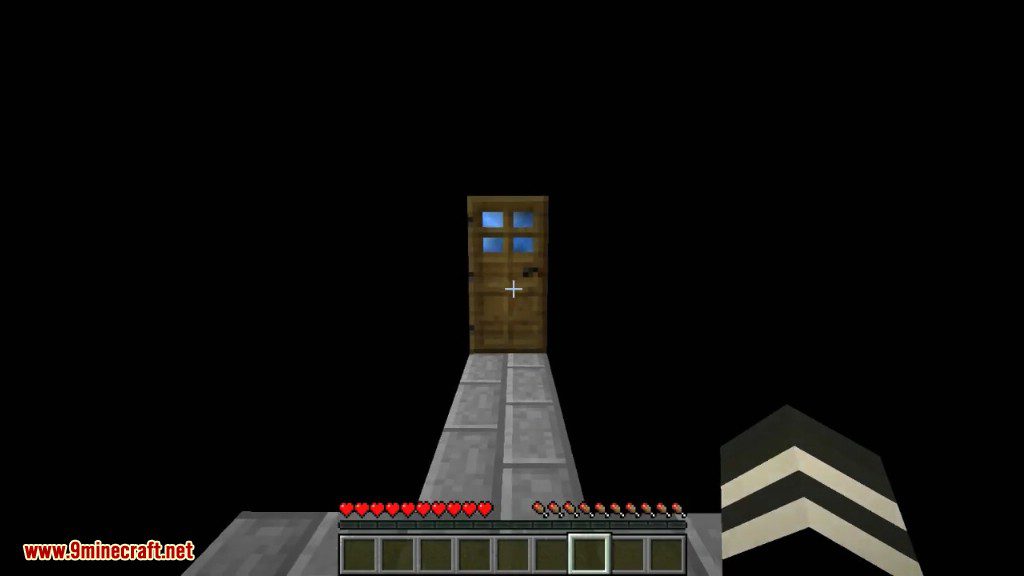 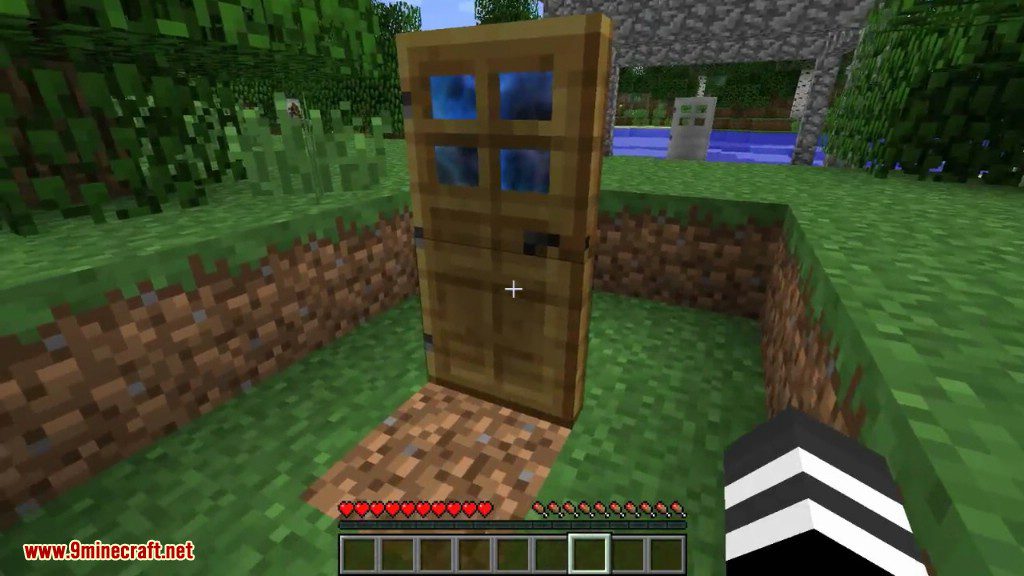 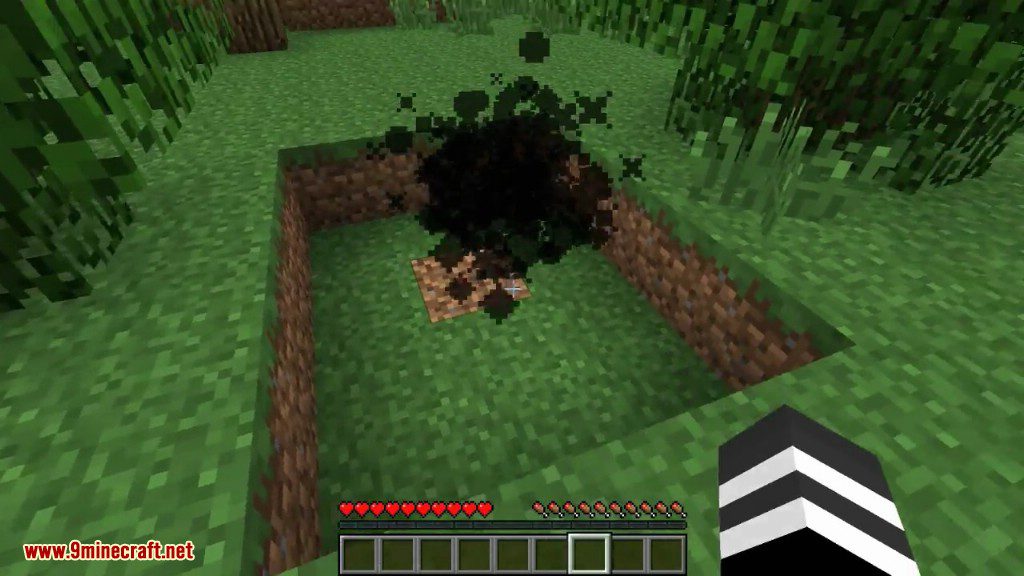 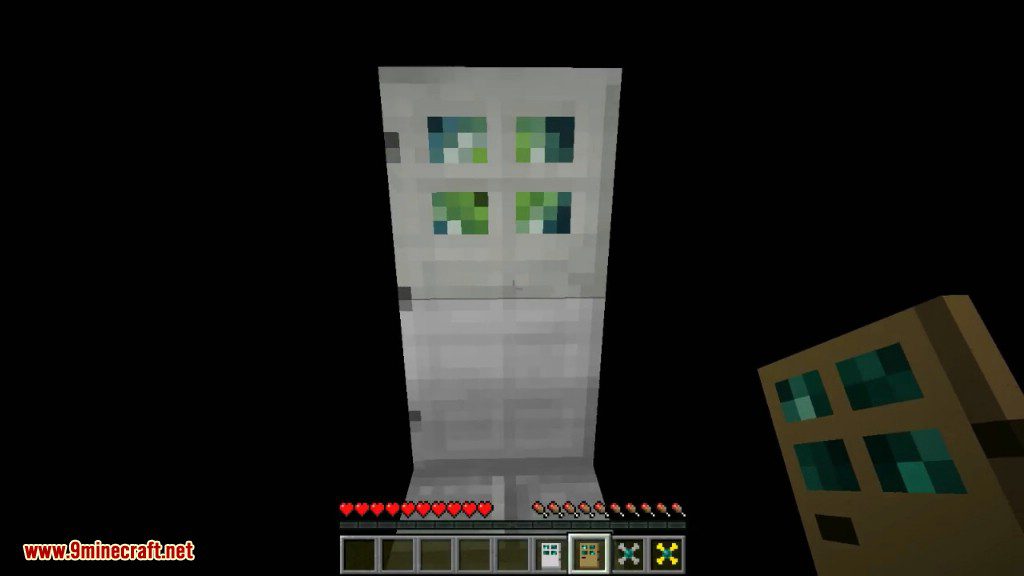 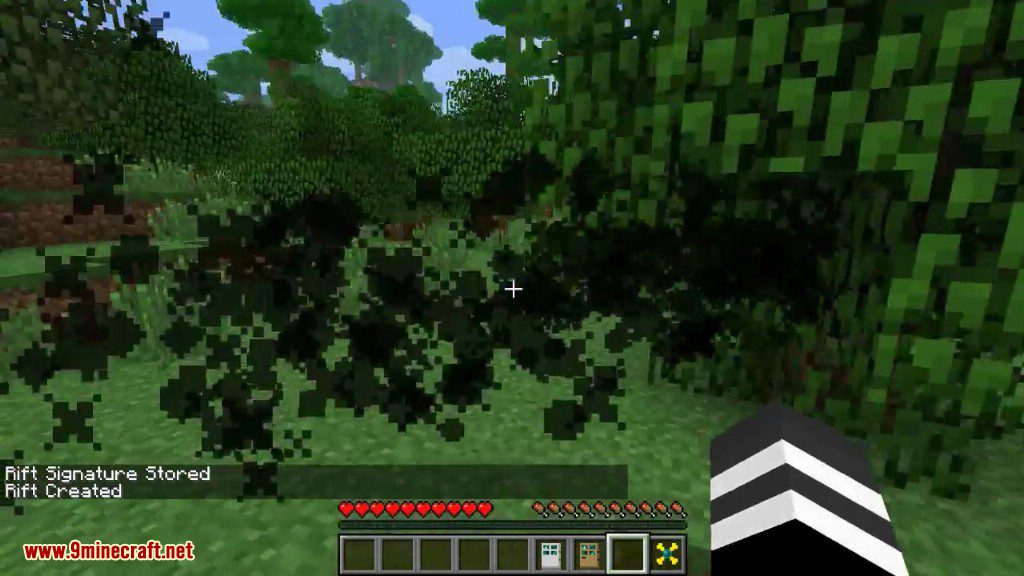 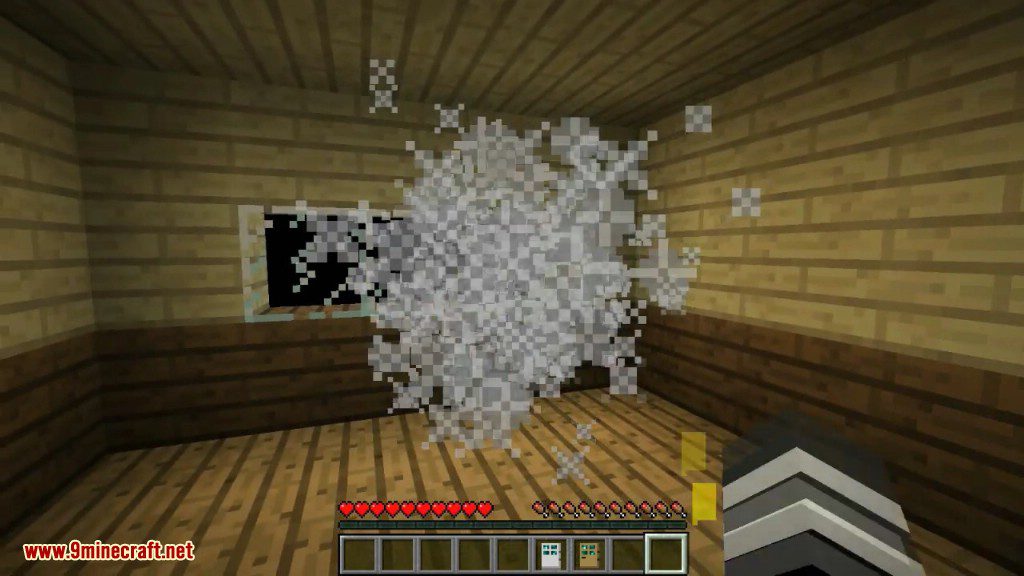 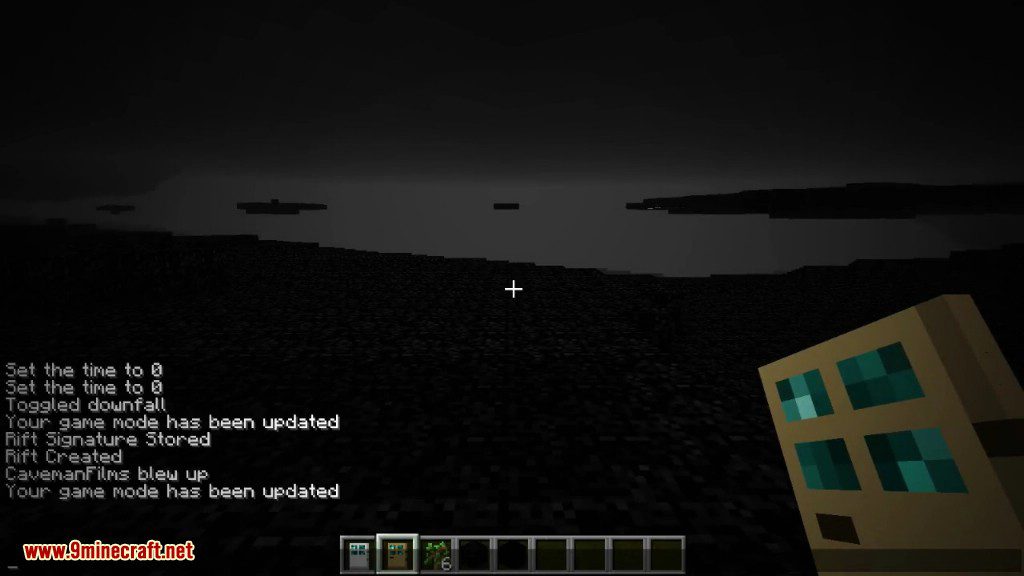 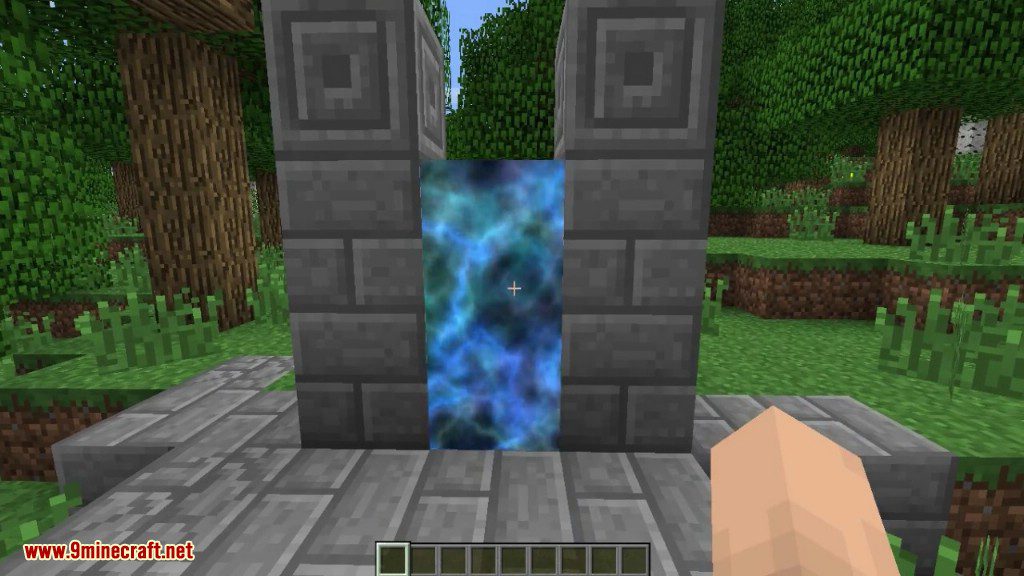 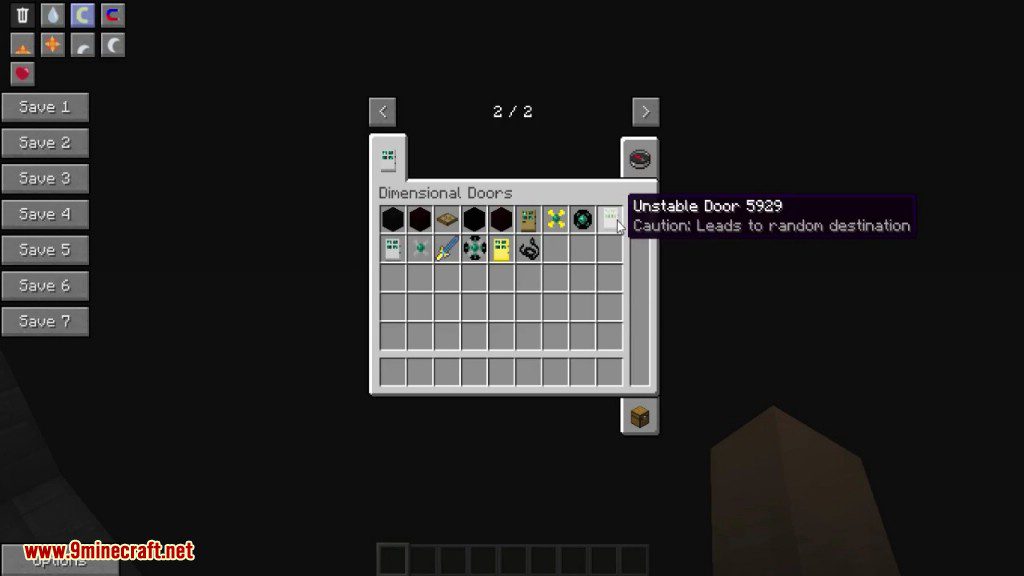 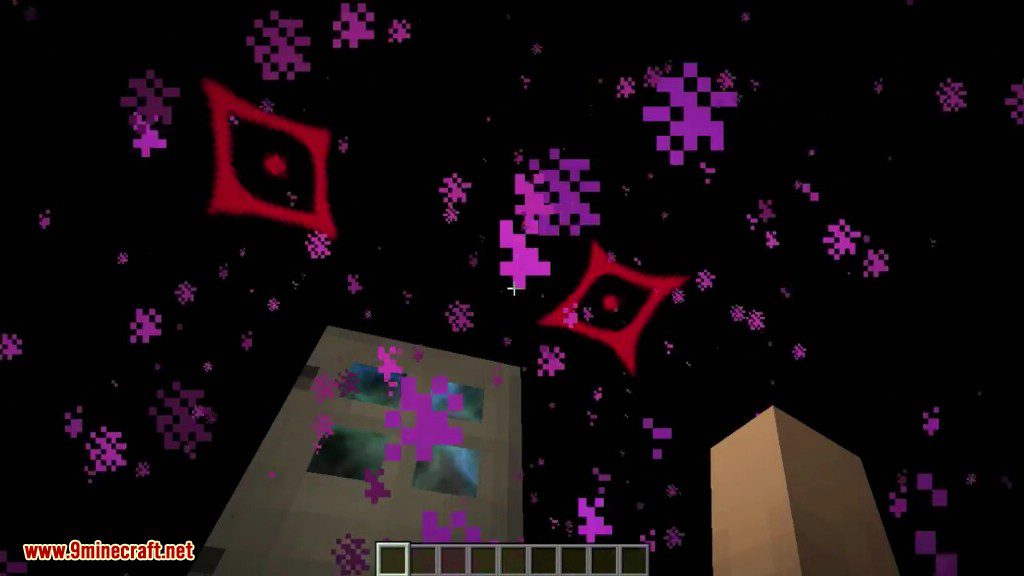 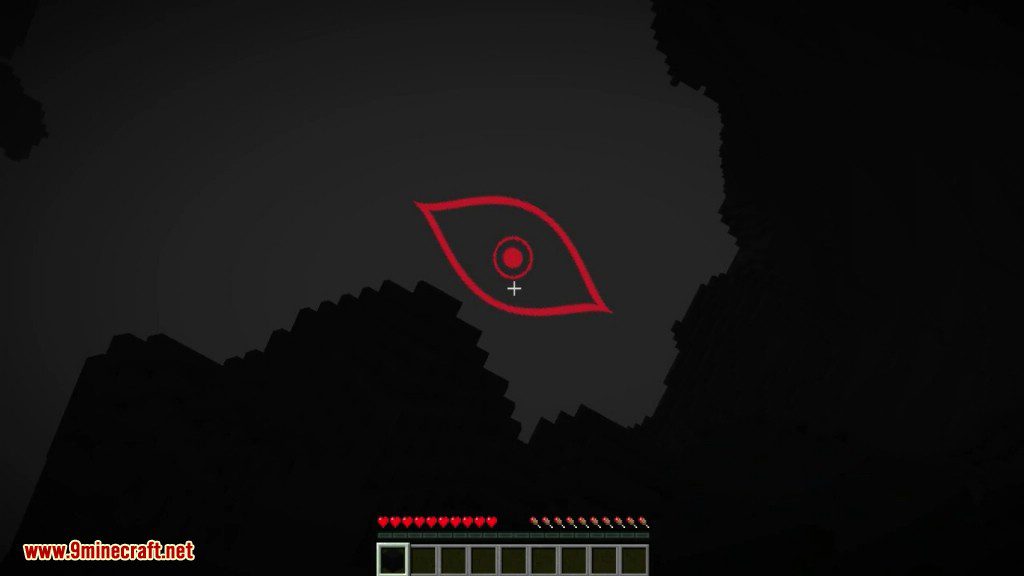 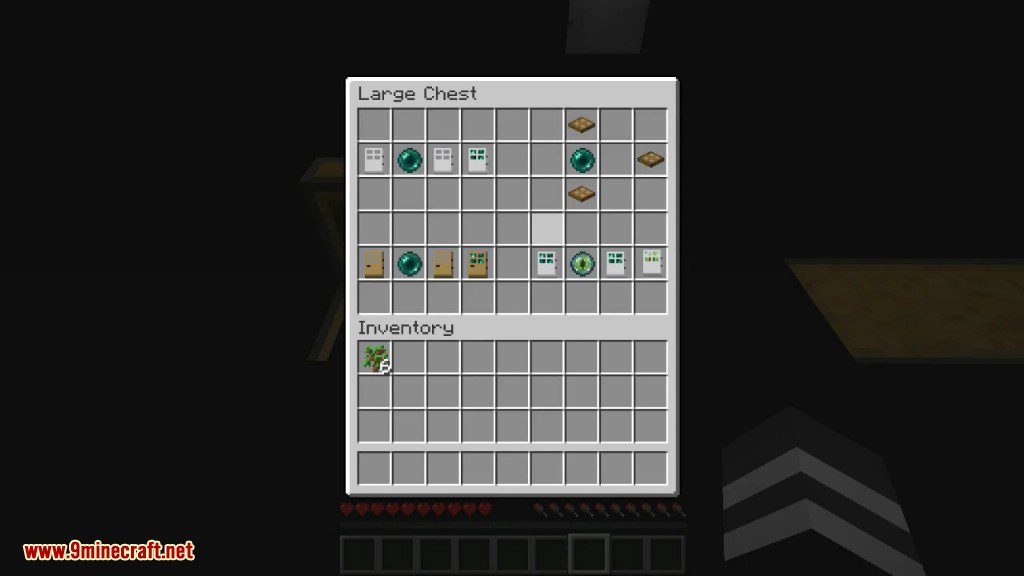 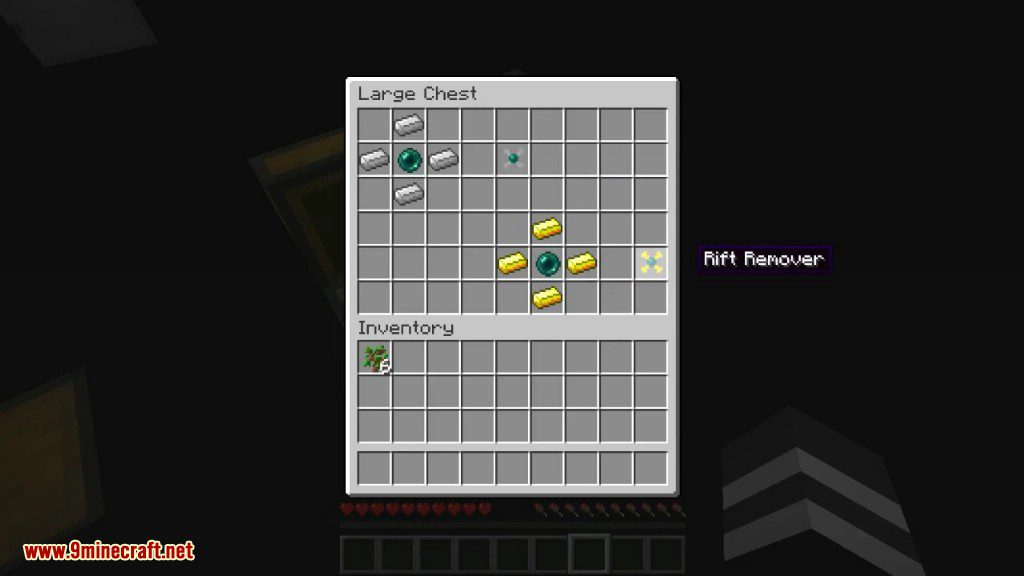