General Disasters Mod 1.12.2 adds natural disasters to Minecraft! This mod intends to add some dynamic risk to a Minecraft worlds while creating possible rewards for each destruction created; you may encounter a earthquake that rips through a few of your homes, but that earthquake may also expose precious ores at a recently formed ravine. These natural disasters could be recorded in manually (by command), or spawned randomly by the world.

Currently, there are 3 types of disasters:

A sinkhole, once spawned, will create a small localised crater that will gradually sink downwards and spread to blocks around it. If the sinkhole sucks in the ground above to a low enough point, a small pool of lava will be exposed at the bottom of the crater. A sinkhole will disfigure the terrain and any buildings it spawns on, although it will leave any inventory contains, such as chests, with their inventories still intact, so you don’t have to worry about losing your valuable stored items.

A volcano is by far the most complex disaster. Once spawned, the disaster will enter a tremors stage, where an initial sinkhole creator is formed, as well as several other terrain disturbances over a long period of time. After the initial tremors stage is passed, the volcano will begin construction, by lifting the terrain below the surface up into the air. Once finished constructing, lava will begin rising to the epicentre of the newly formed mountain, before exploding into a smoke-emitting destructive eruption. While erupting, the volcano will spew out volcanic bombs, which will explode into the terrain around the volcano, leaving behind formations of stone and potentially valuable ores and minerals. The structure of a volcano is completely fluid, meaning you may encounter a very tall and slim composite volcano or a wide and flat shield type volcano. After several stages of eruption and dormancy over a long period of time, the volcano will become extinct, leaving behind a deep crater with a lava pool, and a large selection of exposed ores! 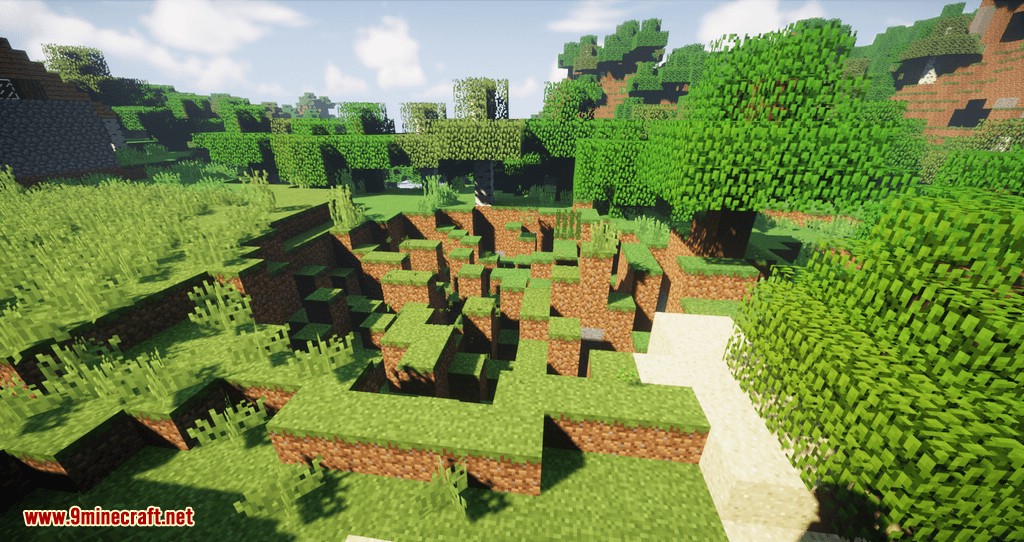 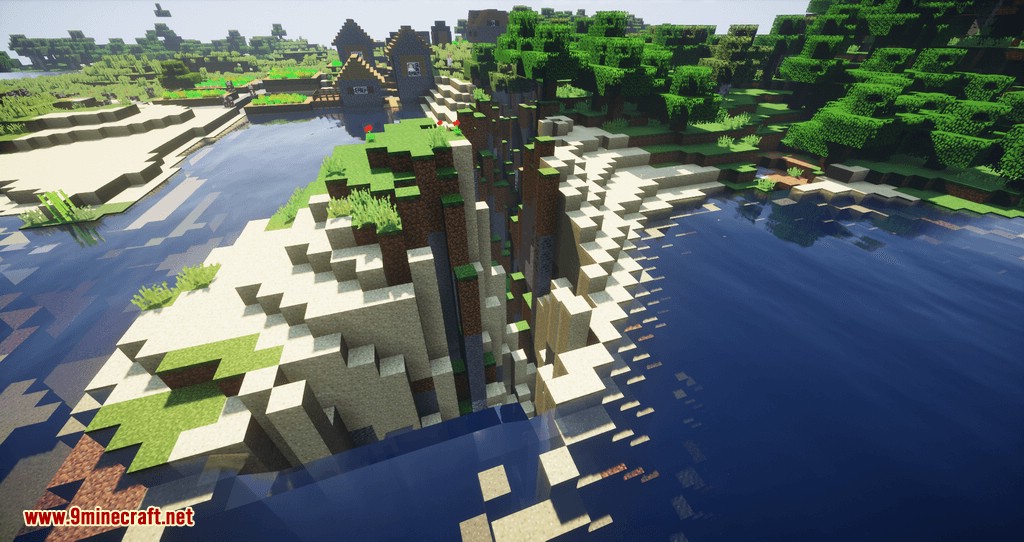 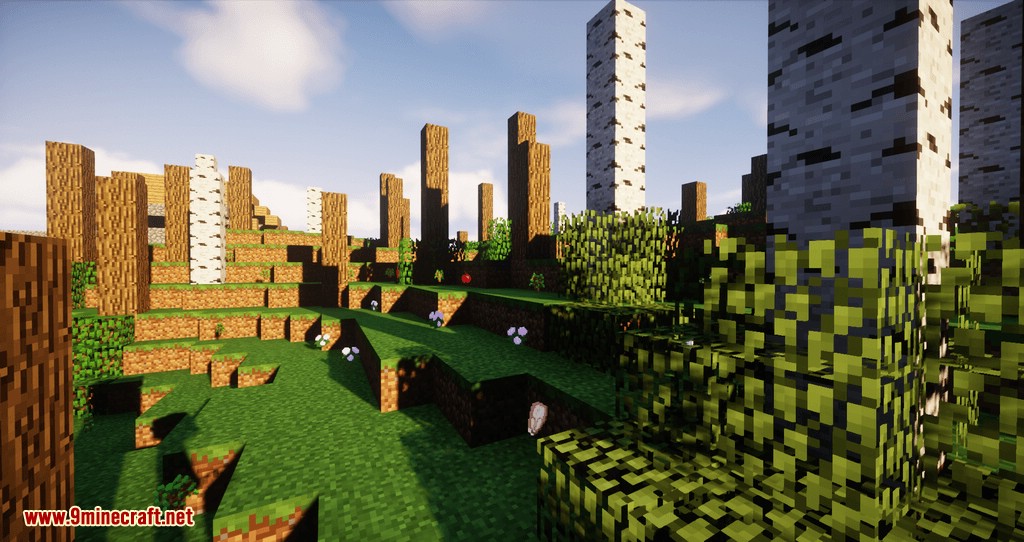 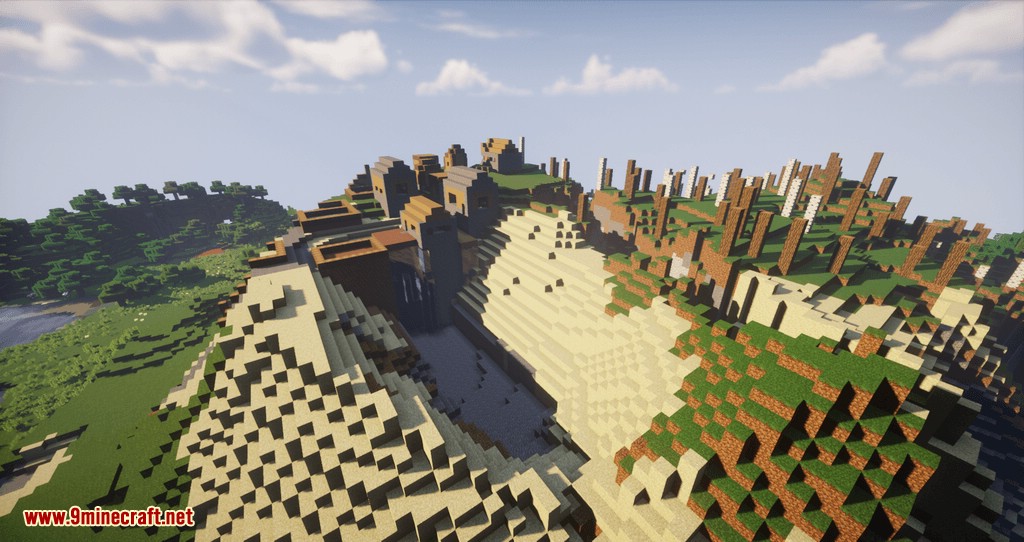 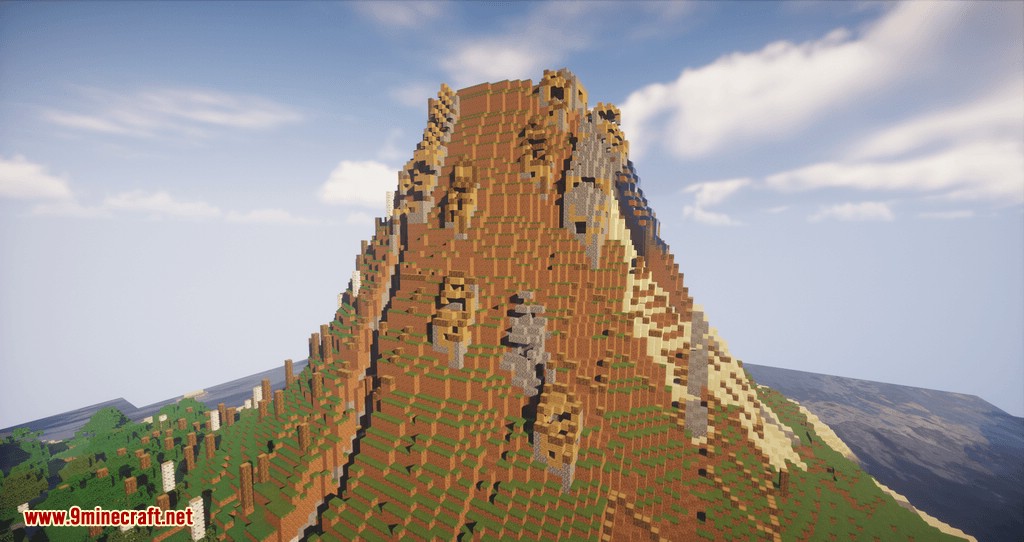 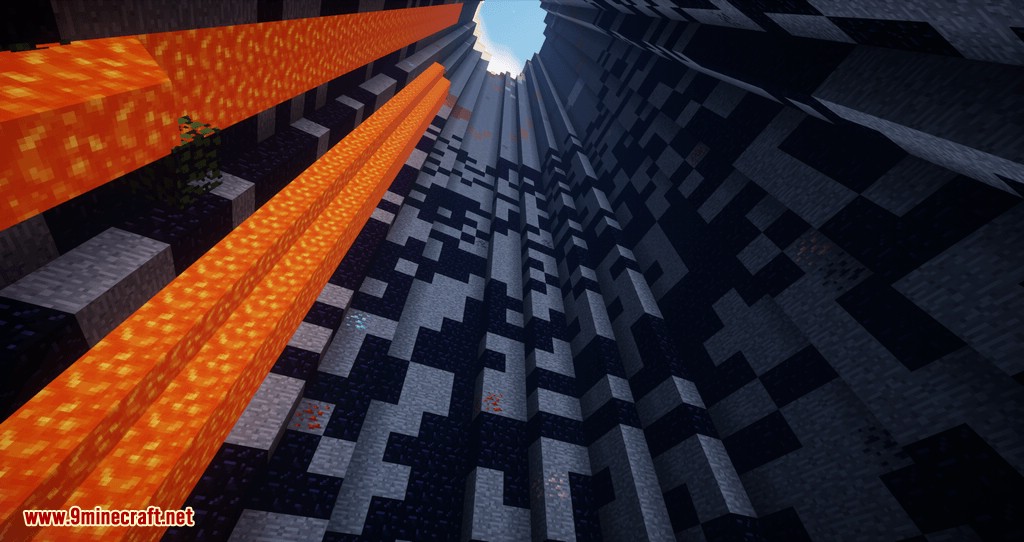 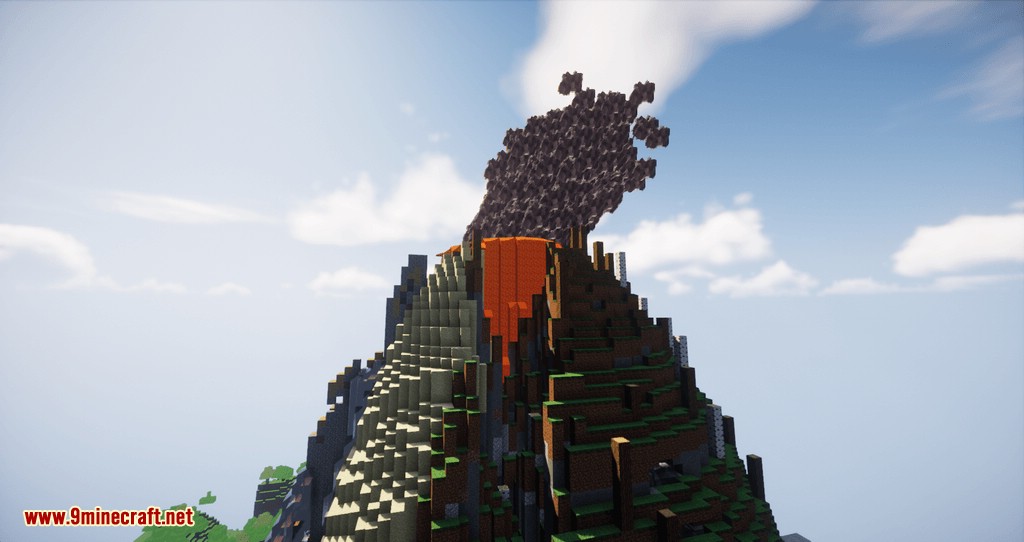 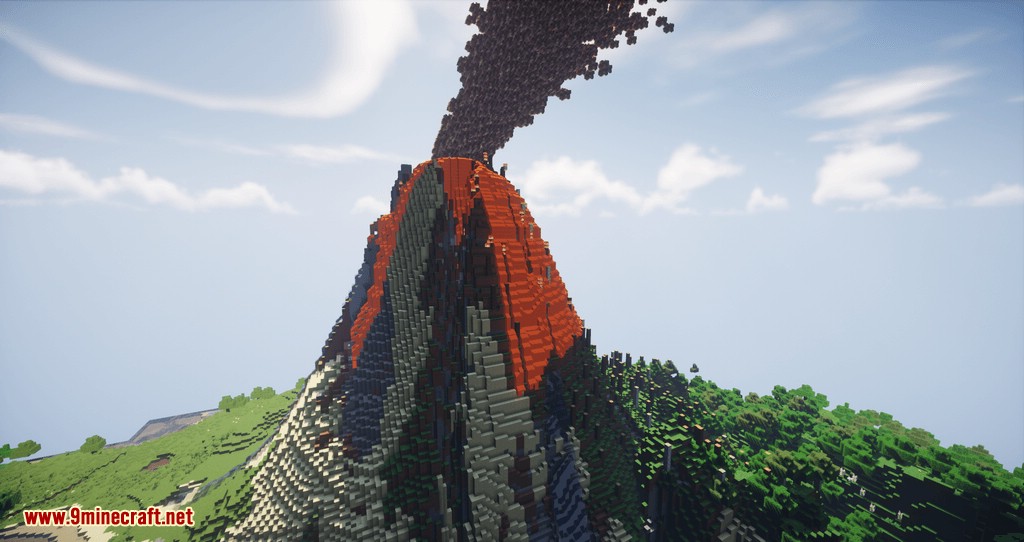 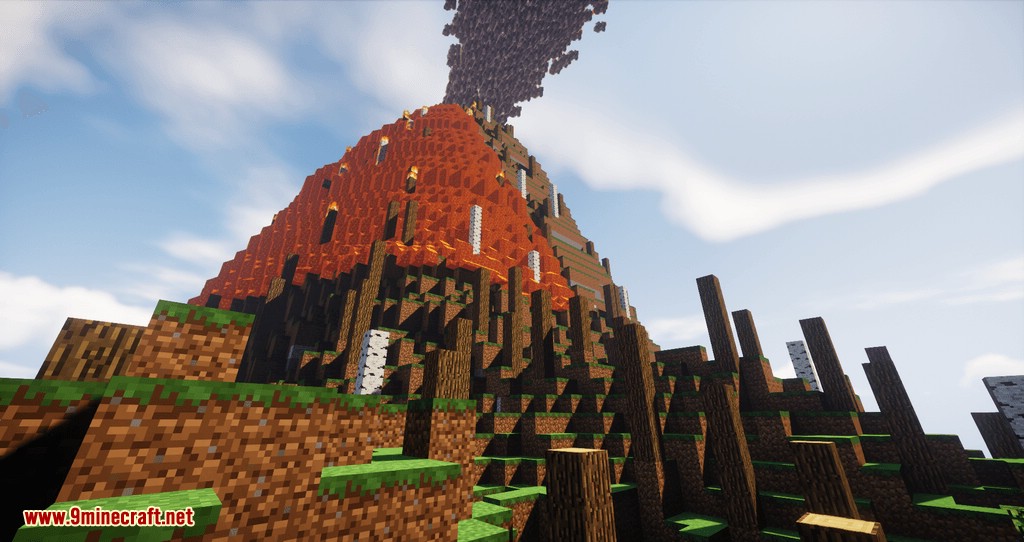 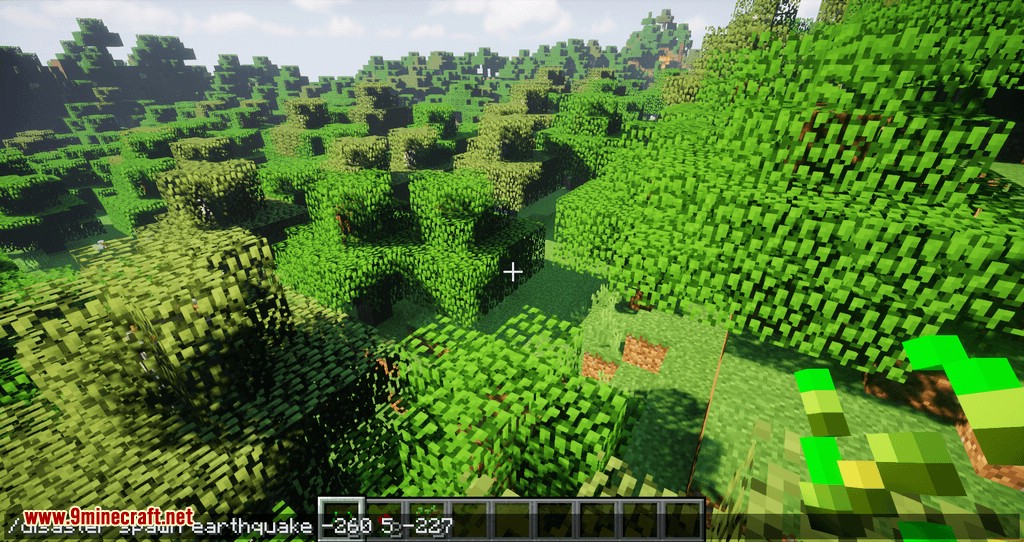 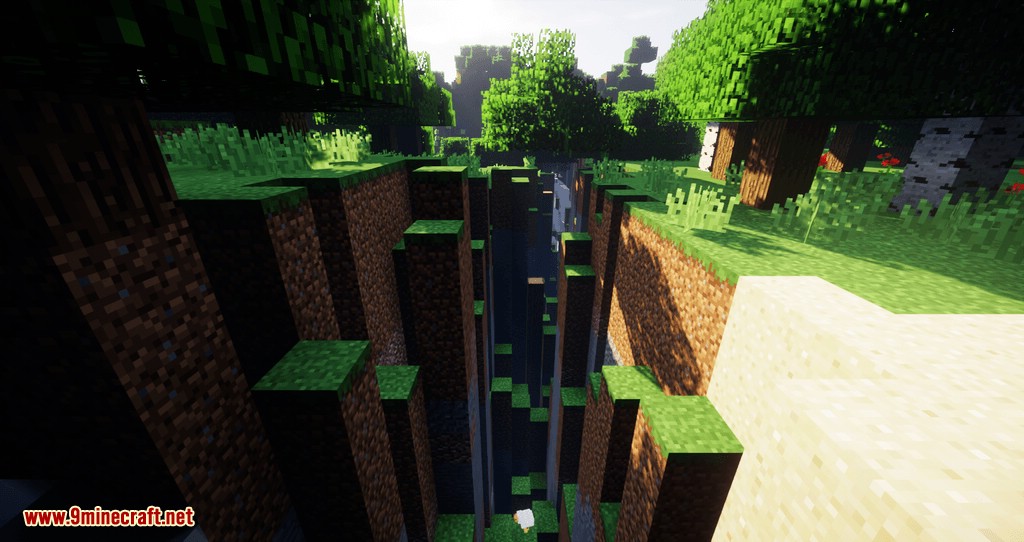