Just Mob Heads Mod 1.16.5/1.15.2 is a minimalistic mod that adds a configurable chance for mobs to drop their head on death.

Configurable
The mod allows configuration via the Config Manager of Forge. There is a global value which sets the chance for all mobs, and also an option to specify (these values already exist) a specific drop chance for any mob.

Texture values instead of generation via player-names
The mod uses texture values to generate the mob heads. This means that there won’t be any lag, which player-name generated heads usually cause.

Pure Vanilla Resources
Because the mod does not add any custom blocks, you may remove the mod and still have the heads previously gathered in-game.

When does a head drop?
Whenever the player kills a mob, there is a chance that they drop their head. There are pre-defined chances in the config file, but you may alter them to your liking. It’ll be dropped at their death location.

How many mobs are added?
You’ll find the complete list in the Forge Config Manager. Every mob that has been added, has a configurable drop chance. Starting from Just Mob Heads newest version all existing mobs have been added.

What about Creepers, Skeletons, and Zombies?
Since Just Mob Heads version 1.2, you may enable the option (within the forge config manager) for all three to drop their respective head on death just as any other mob. This has been disabled by default because you can technically collect them via a charged creeper.

Does Looting have an effect?
The Looting enchant has an effect on the head drop chance starting from Just Mob Heads newest version. This can be enabled/disabled within the config file. The increased chance is 3.5% at level I, 4.5% at level II, and 5.5% at level III and so forth. It also works with looting levels higher than 3. 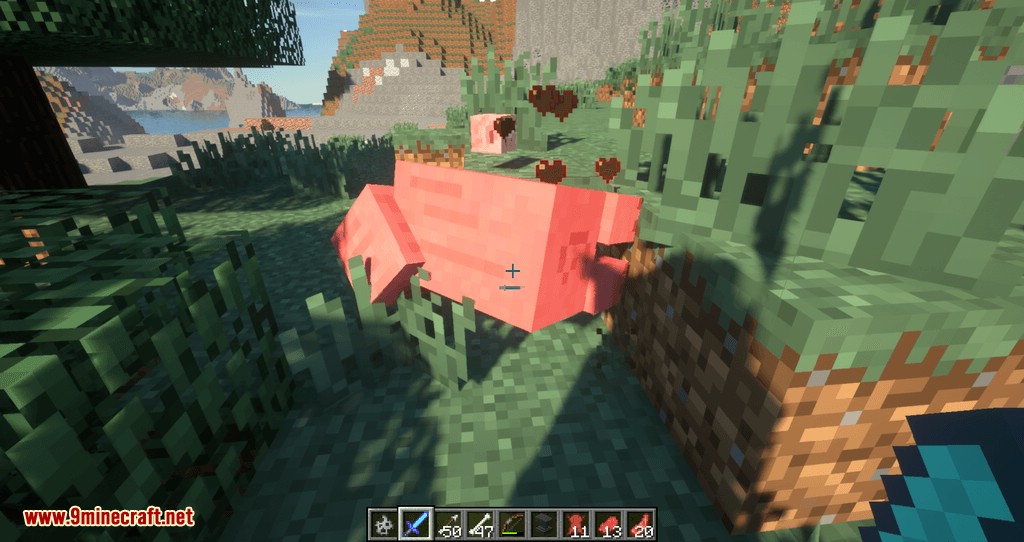 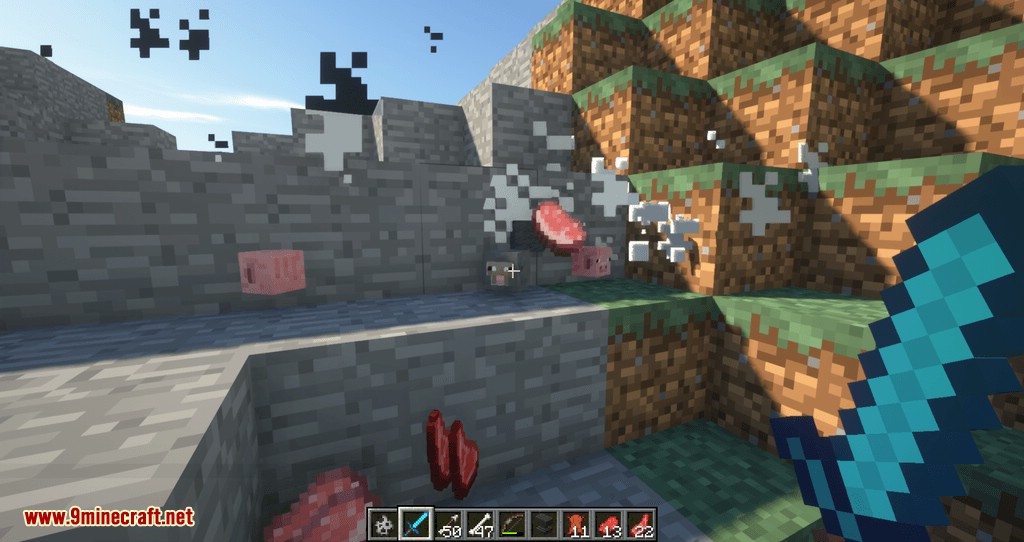 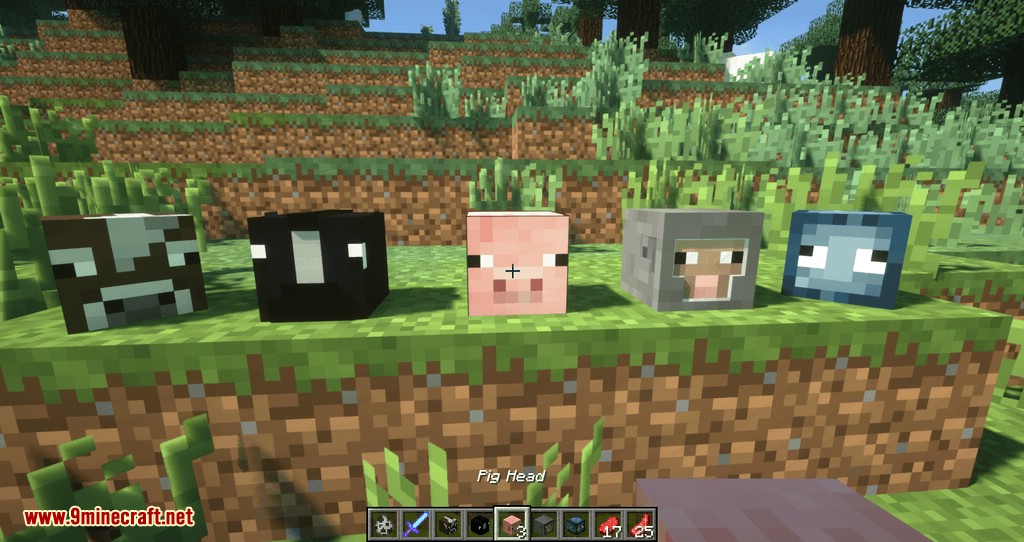 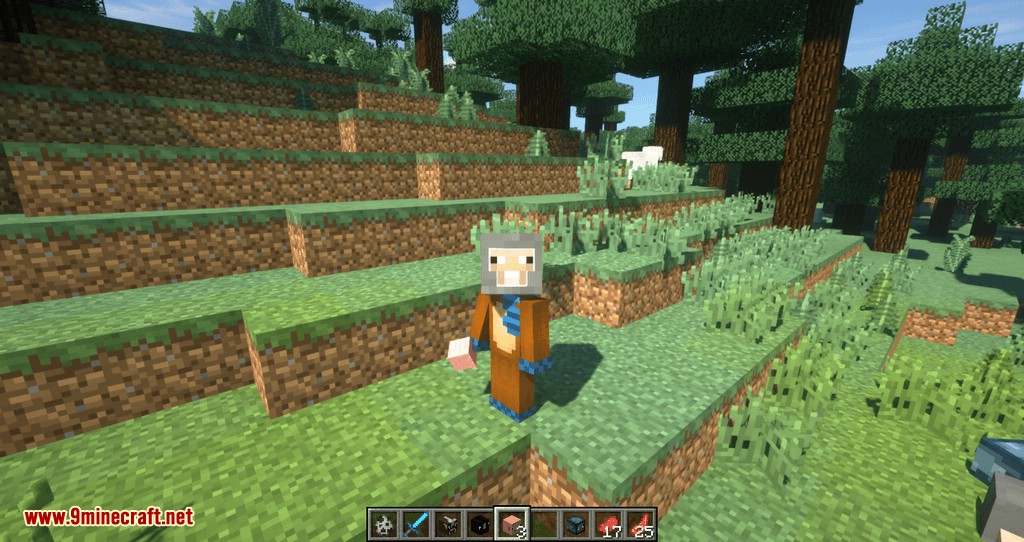 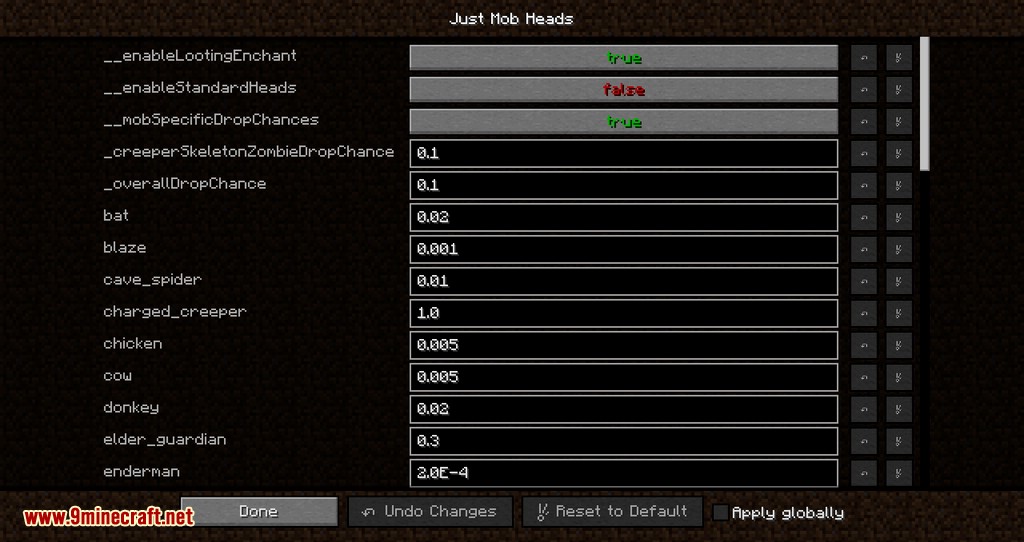 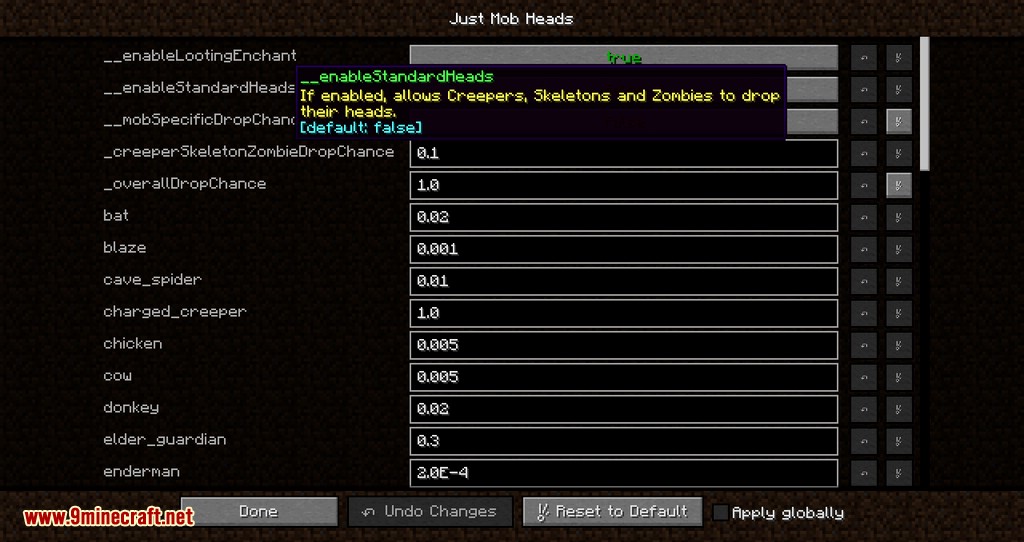 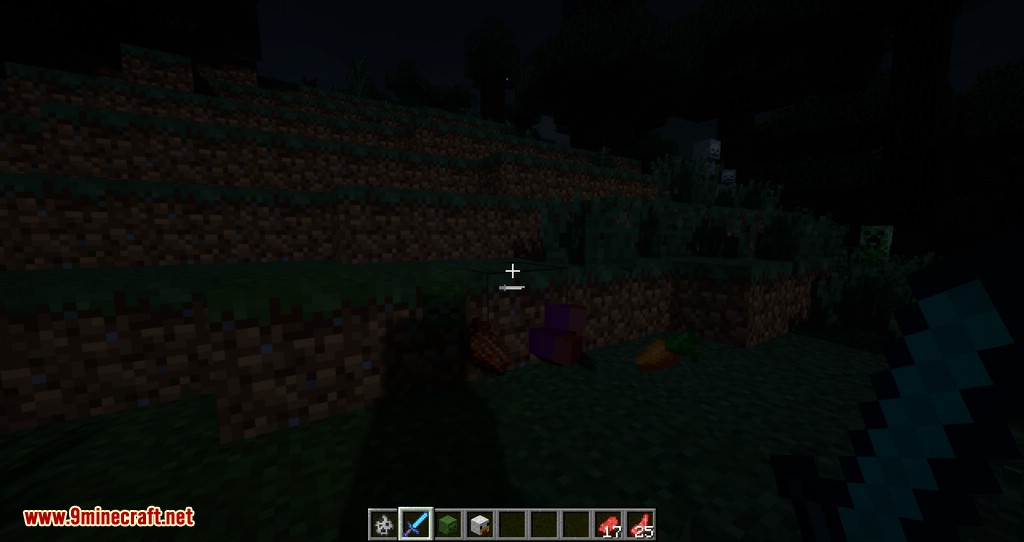 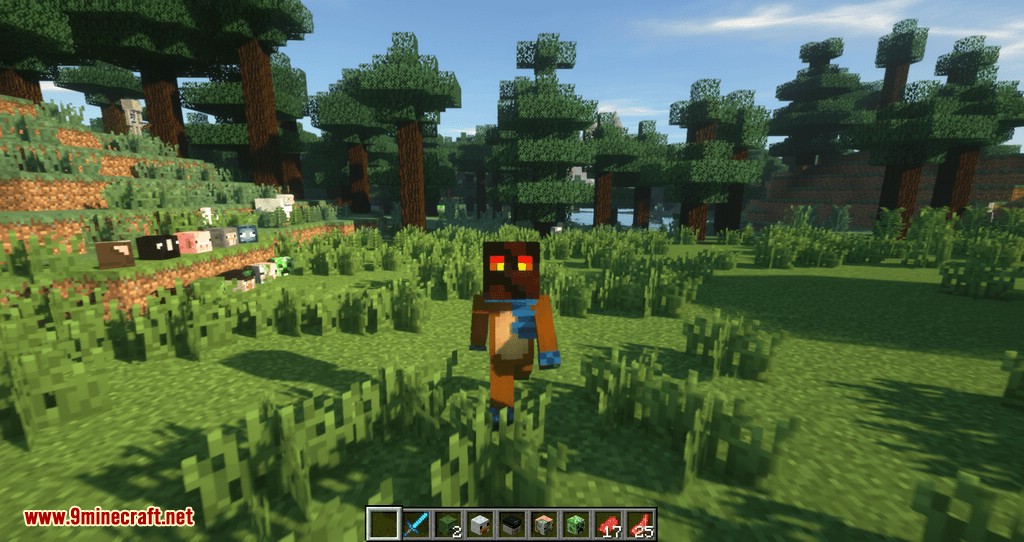 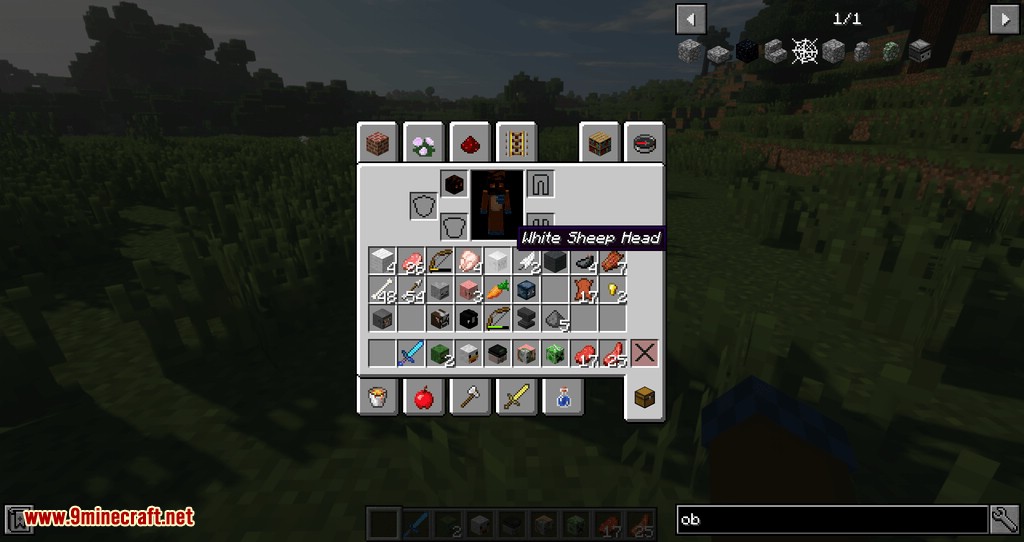 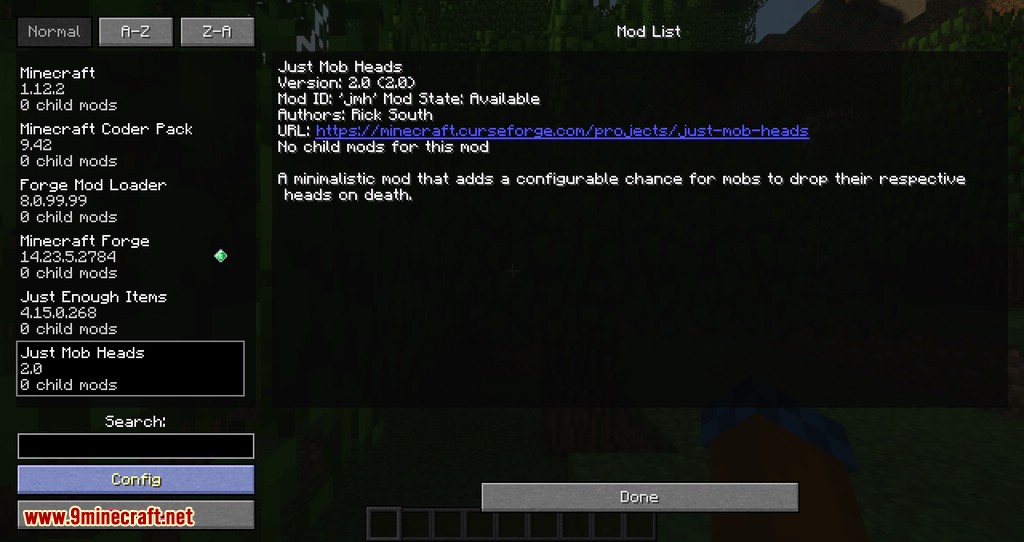