Lucky Ores Mod (1.18.2, 1.7.1) adds lucky ores, similar to the lucky blocks mod! The concept of lucky blocks sounds pretty cool, didn’t you think? They aren’t “properly” integrated into the regular game. This mod, called the Lucky Ores Mod, was created by the author. It adds ores that have random events to mine, but they are generated in the world as ores. They can be found mining like regular ores and embedded into the game.

This mod, in total “only”, adds 2 Blocks and 6 Items, but there is quite a lot of content hiding behind those! 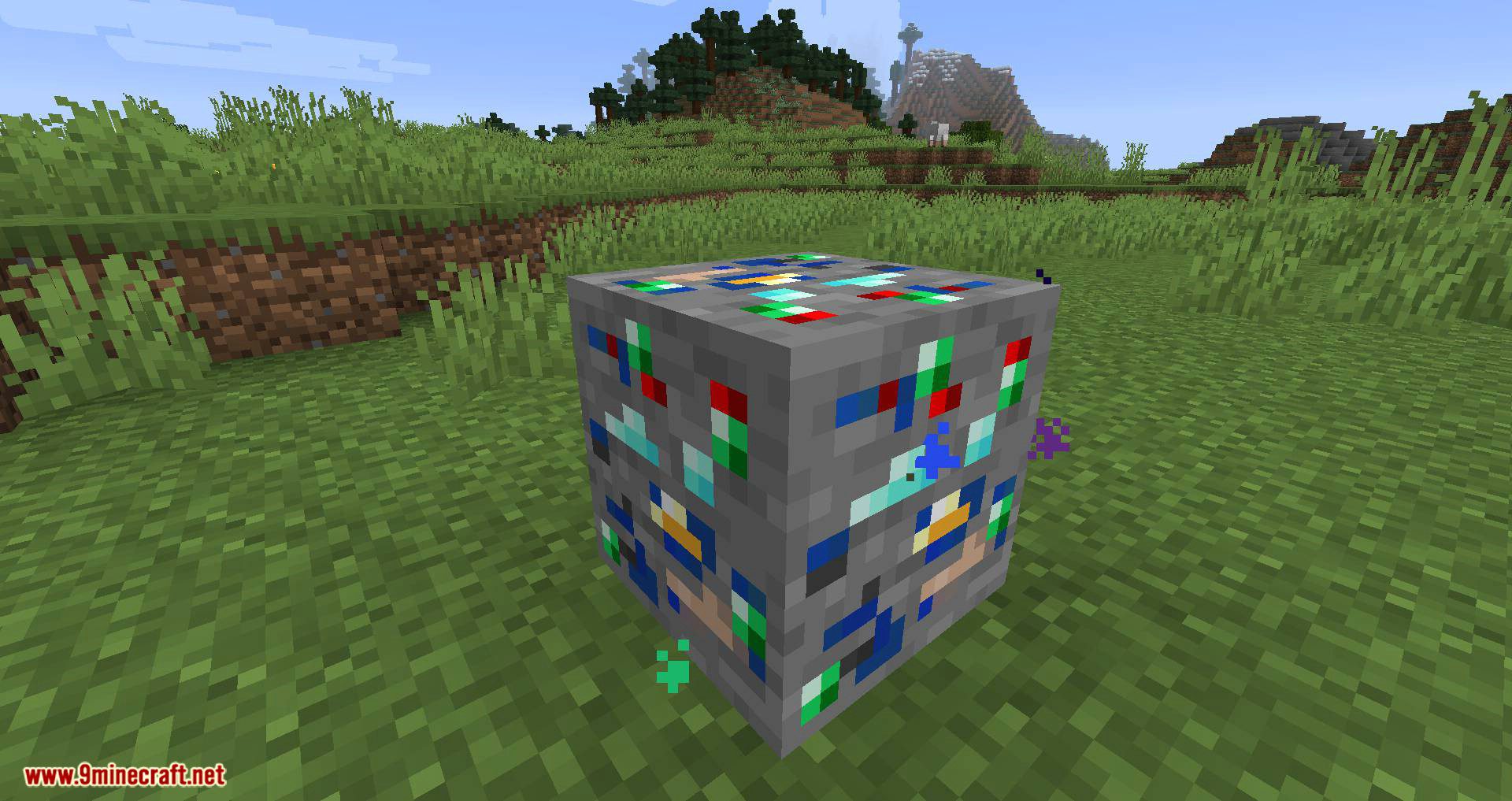 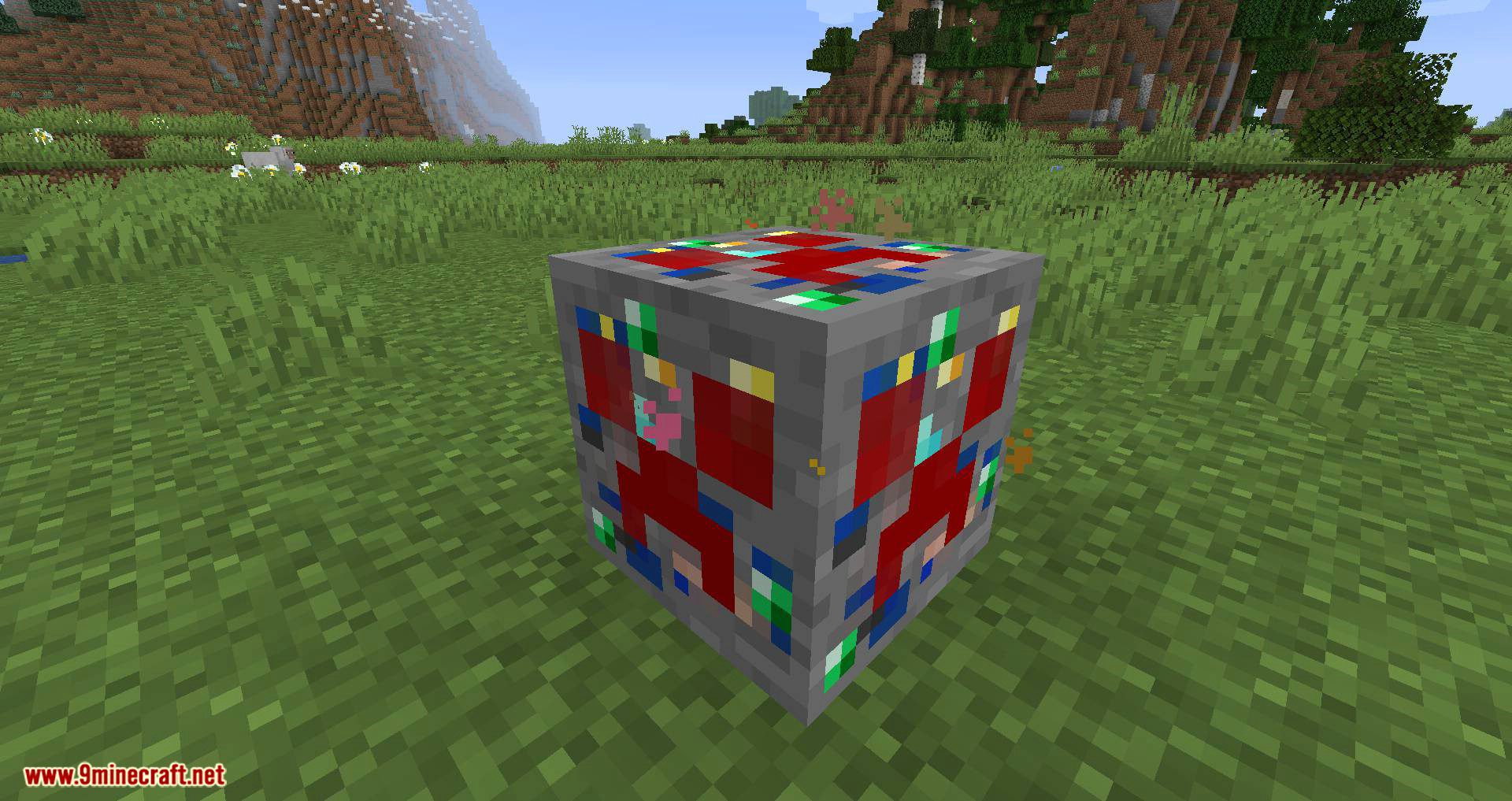 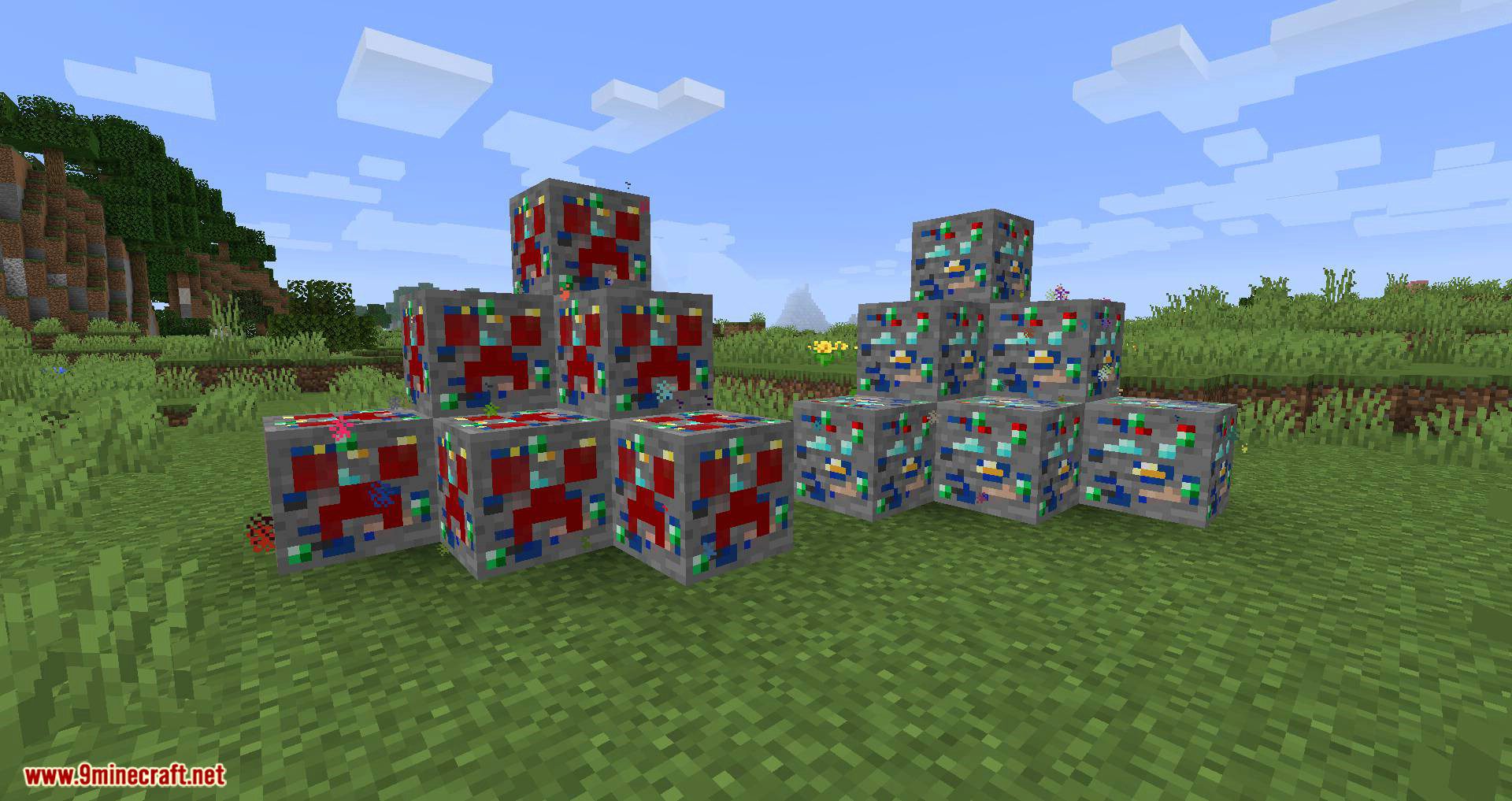 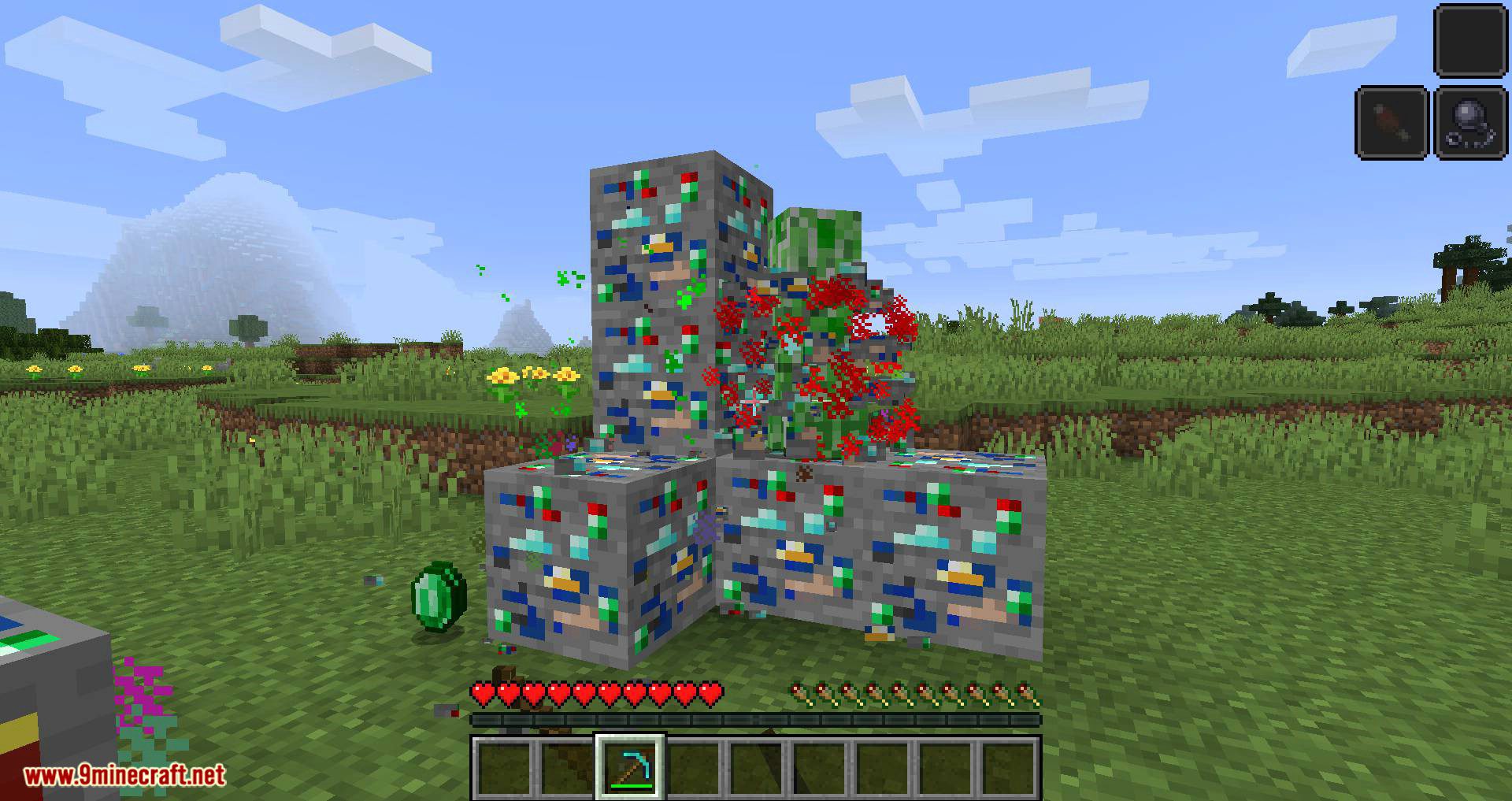 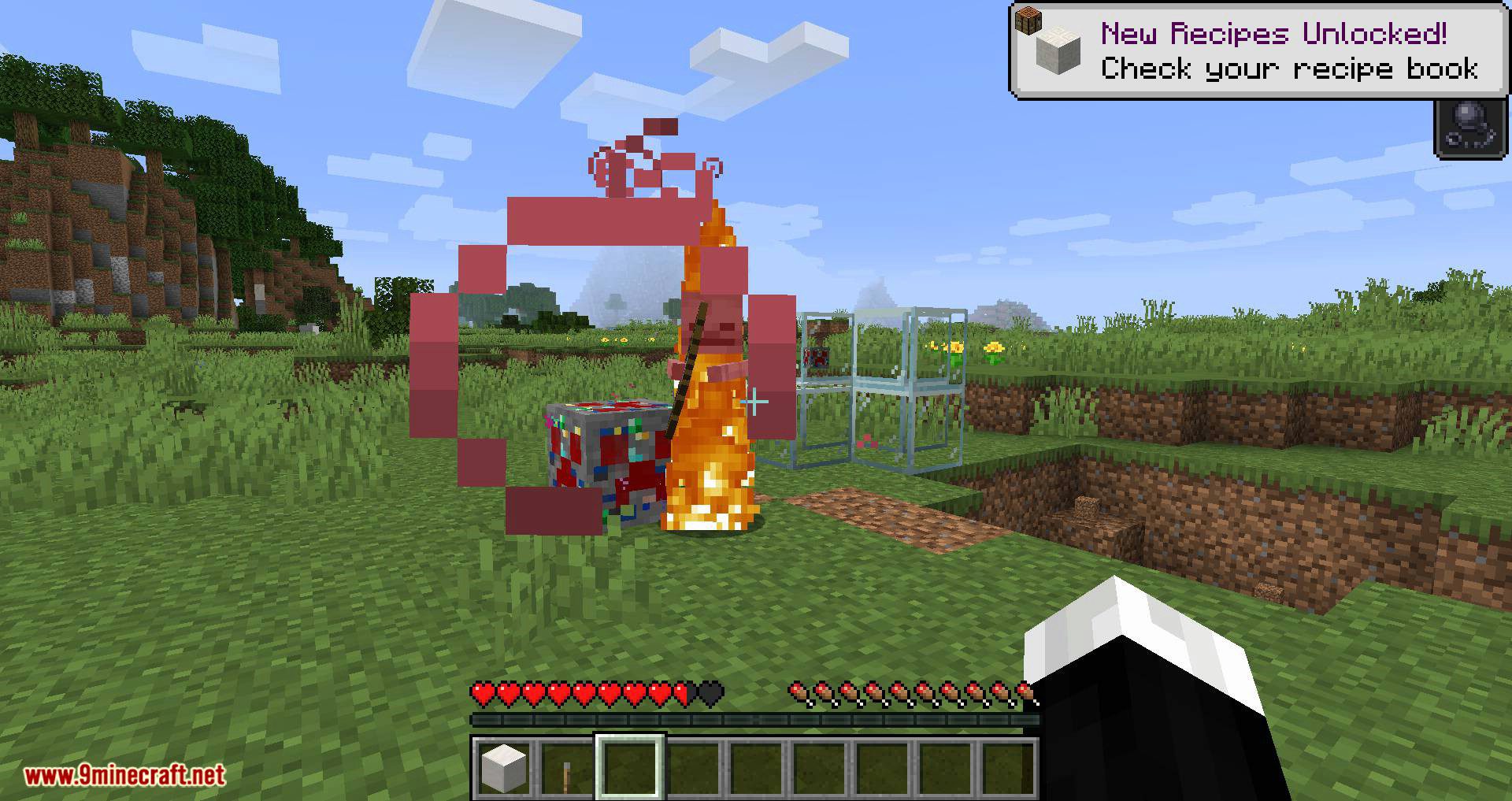 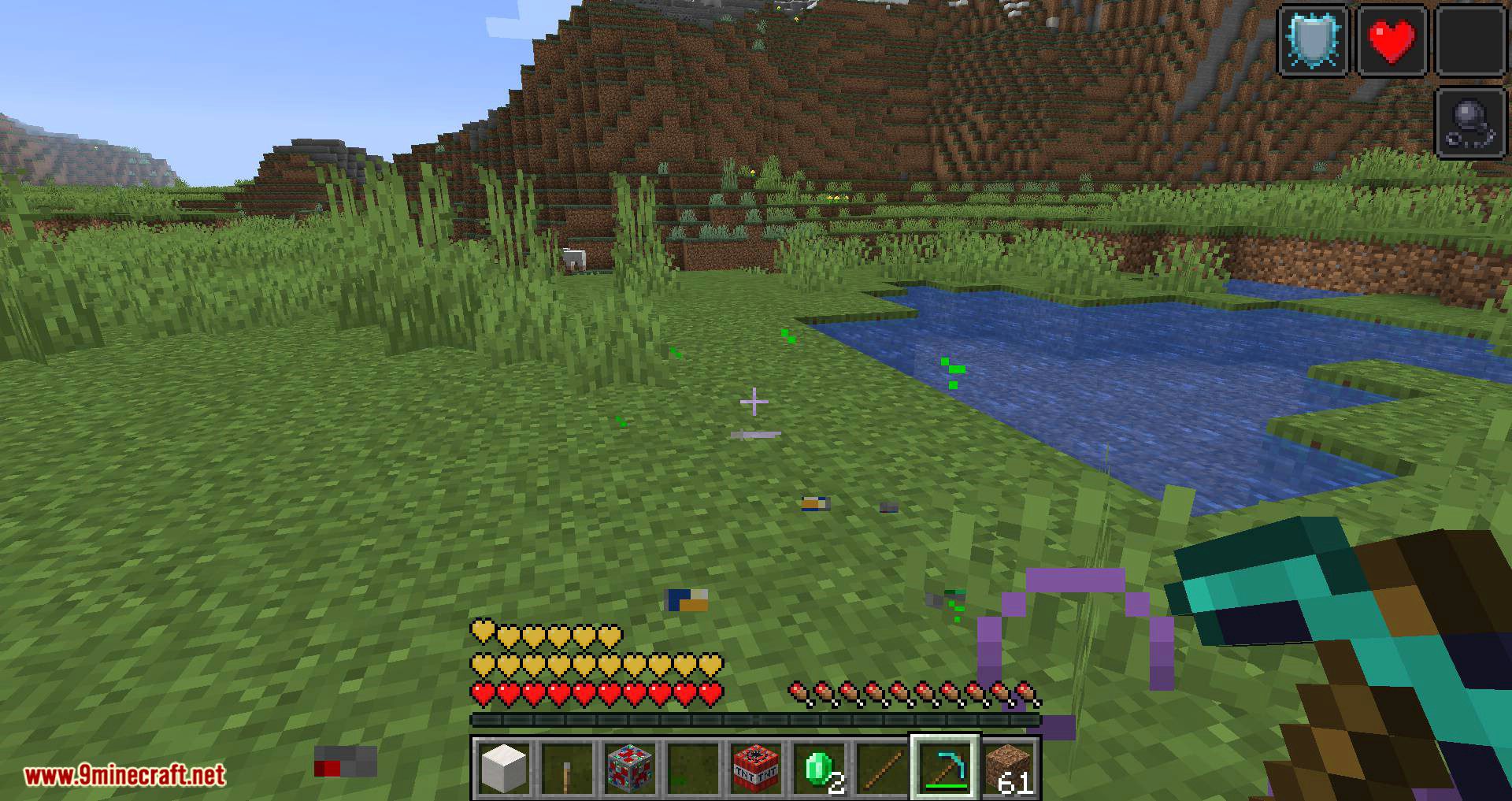 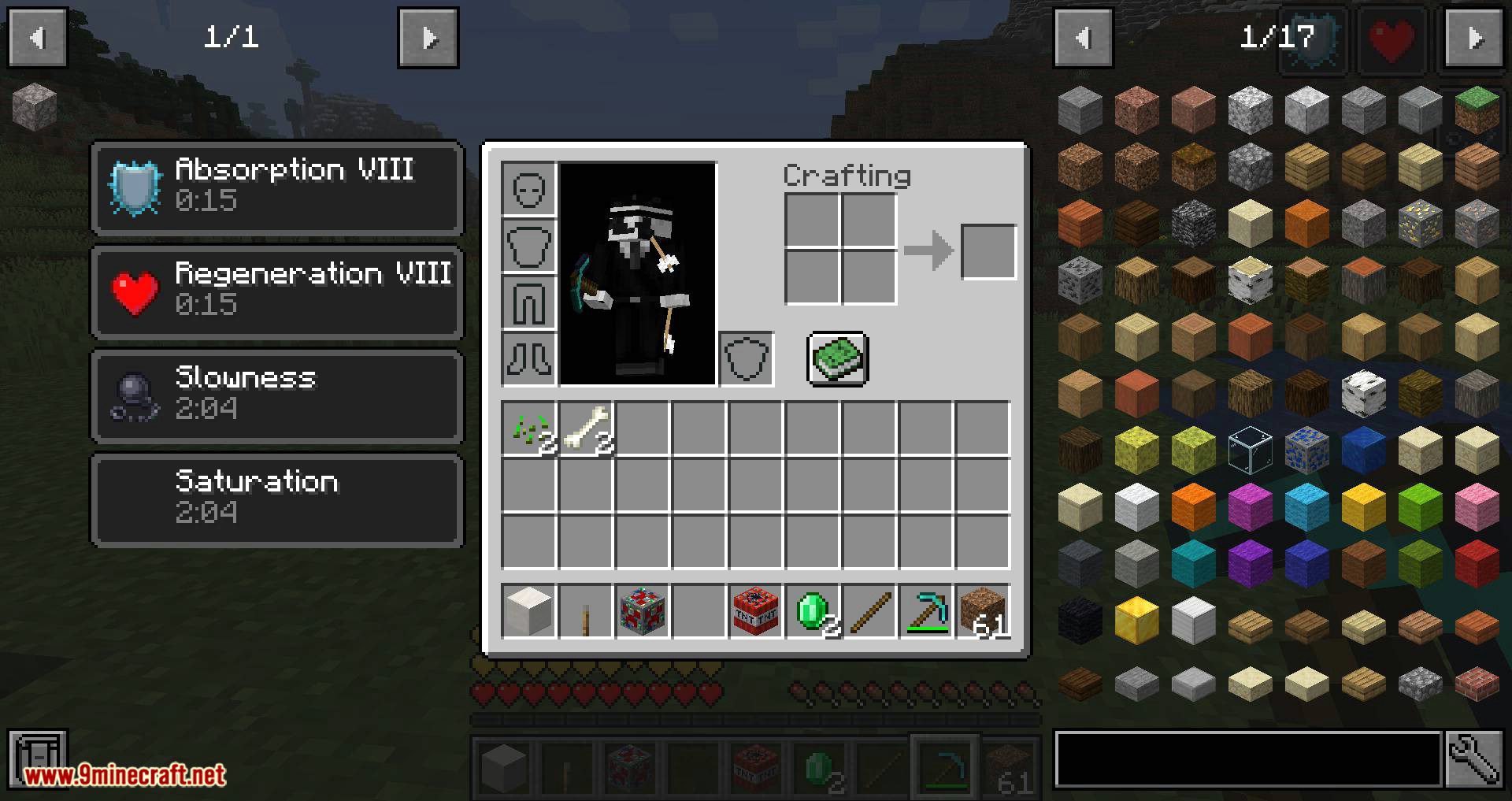 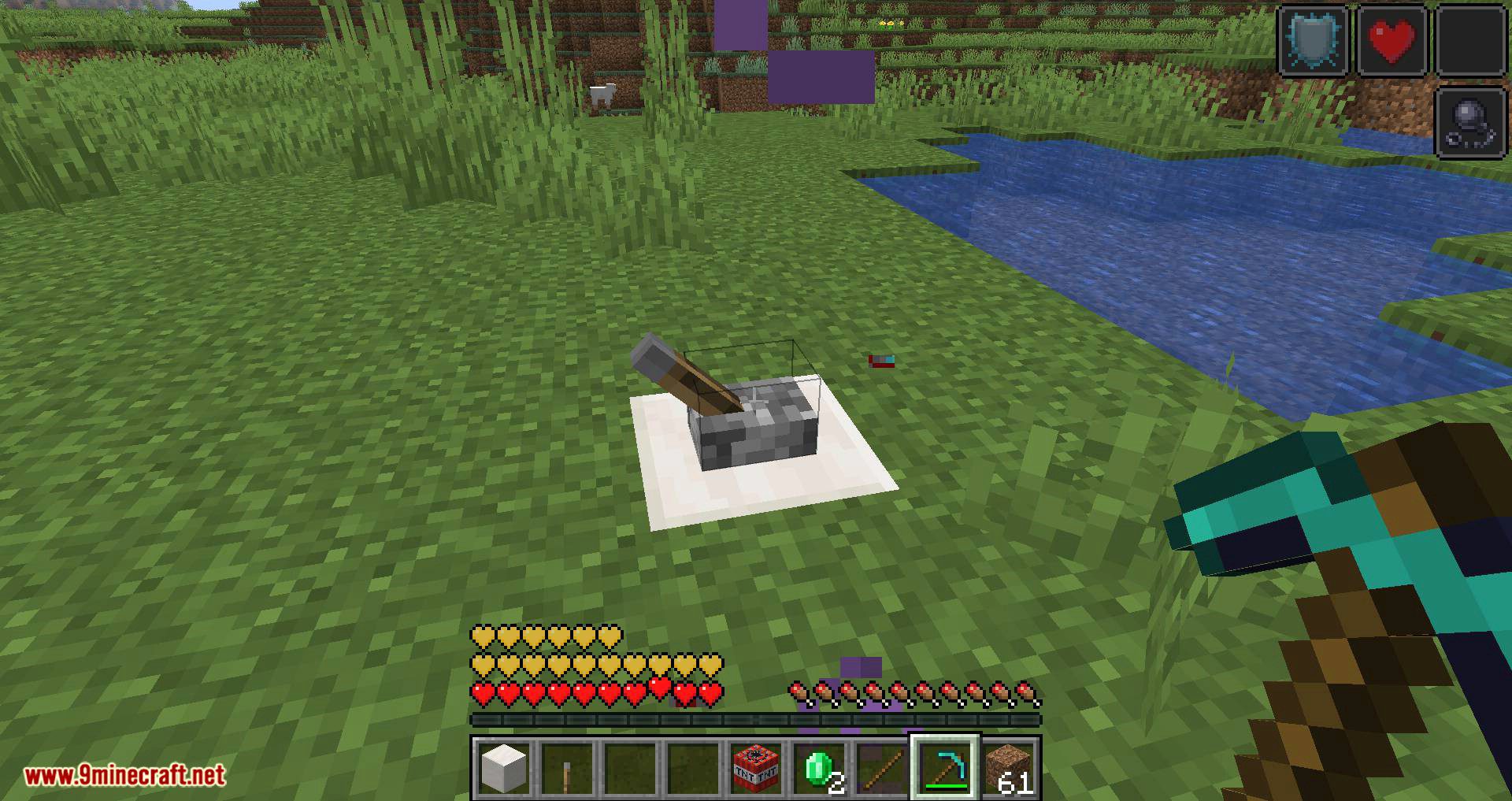 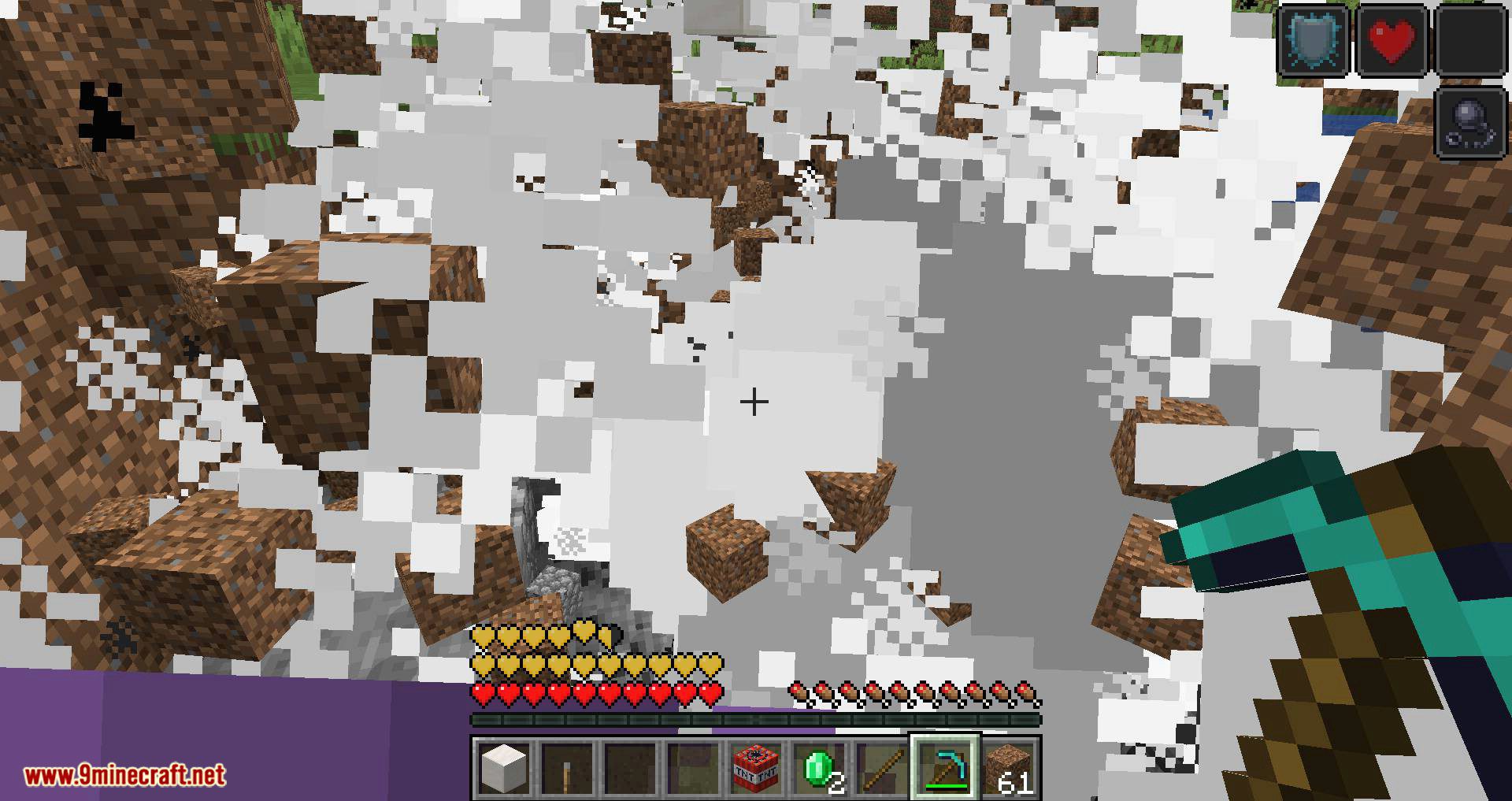 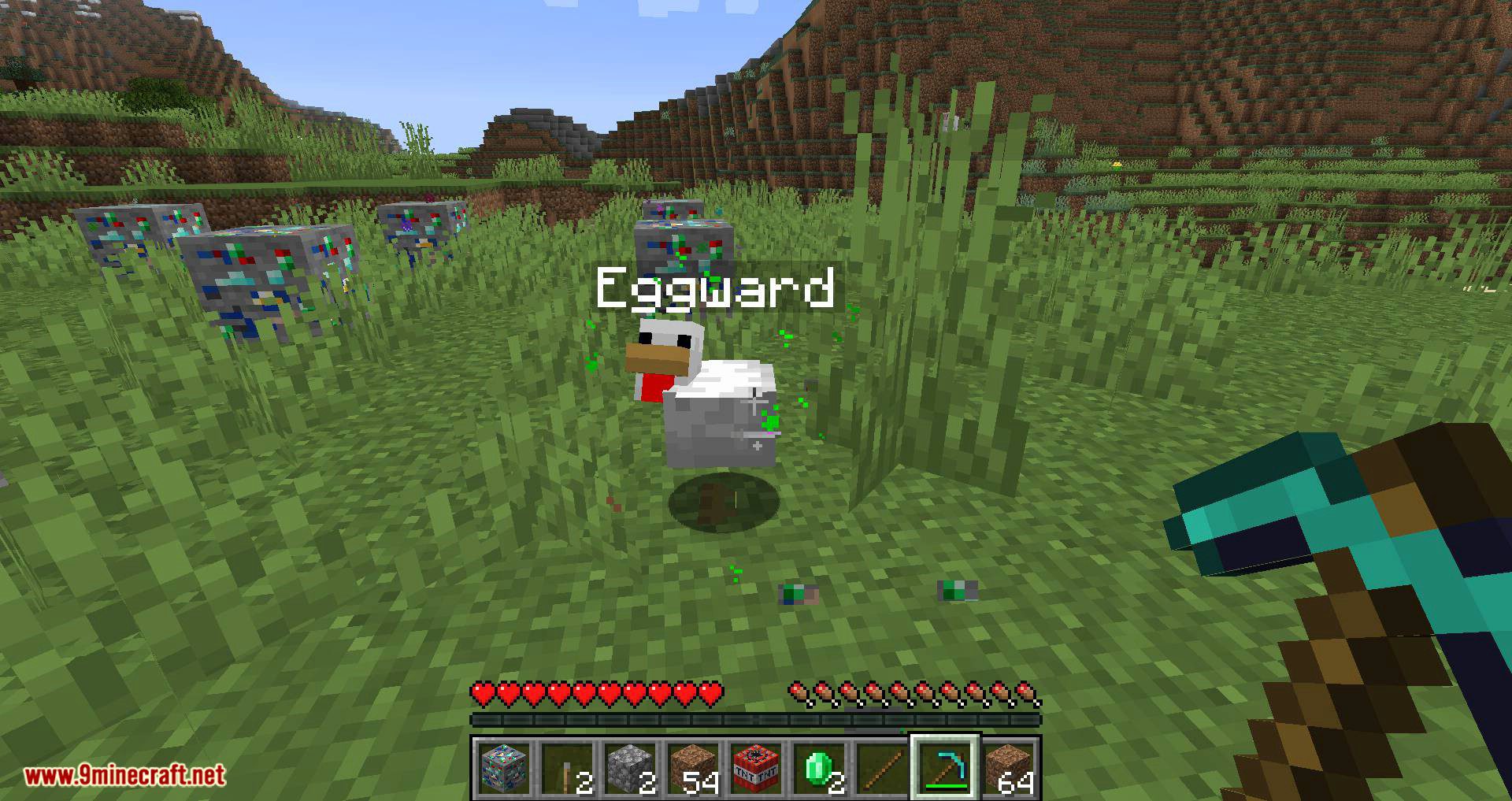 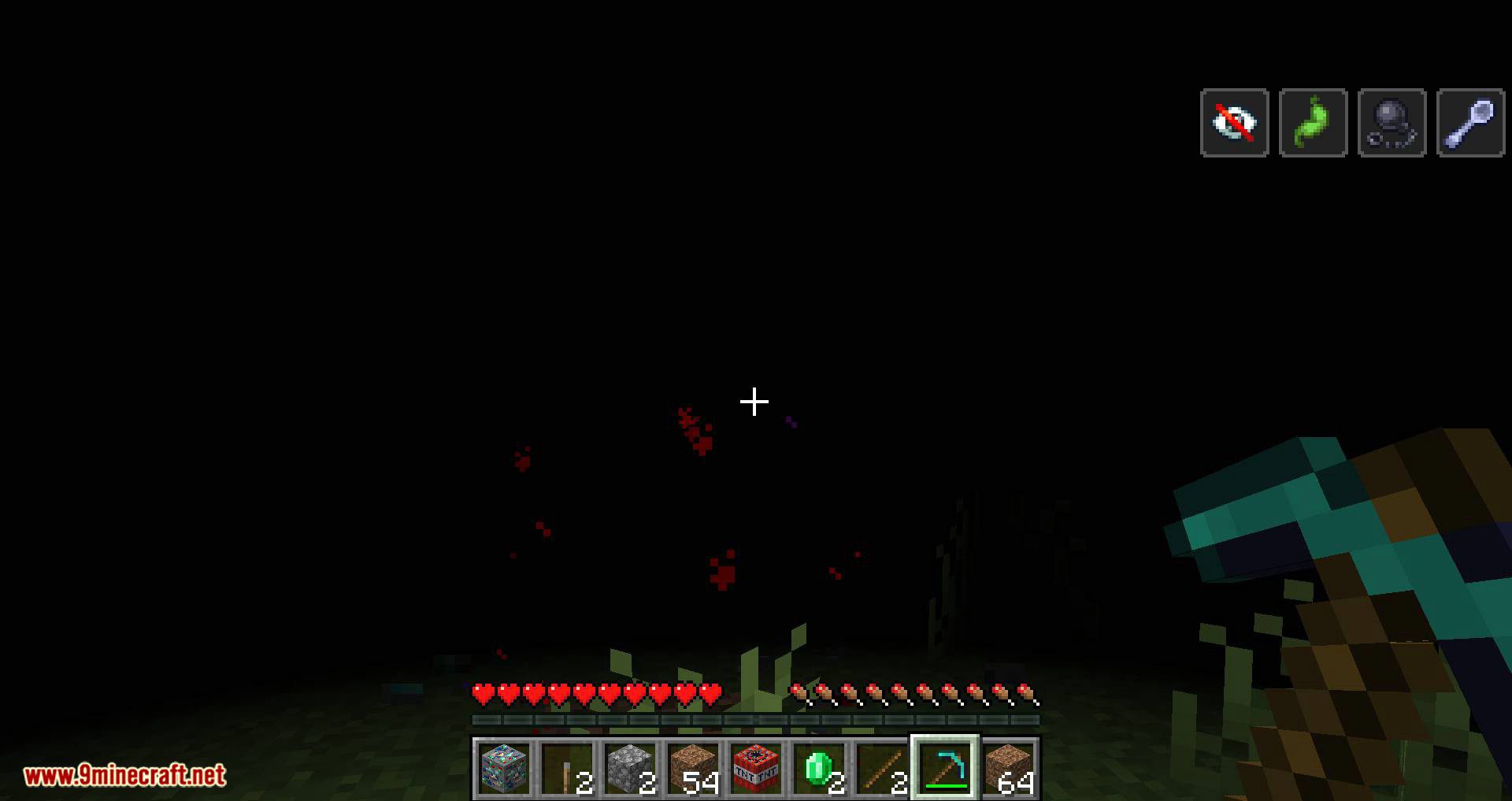 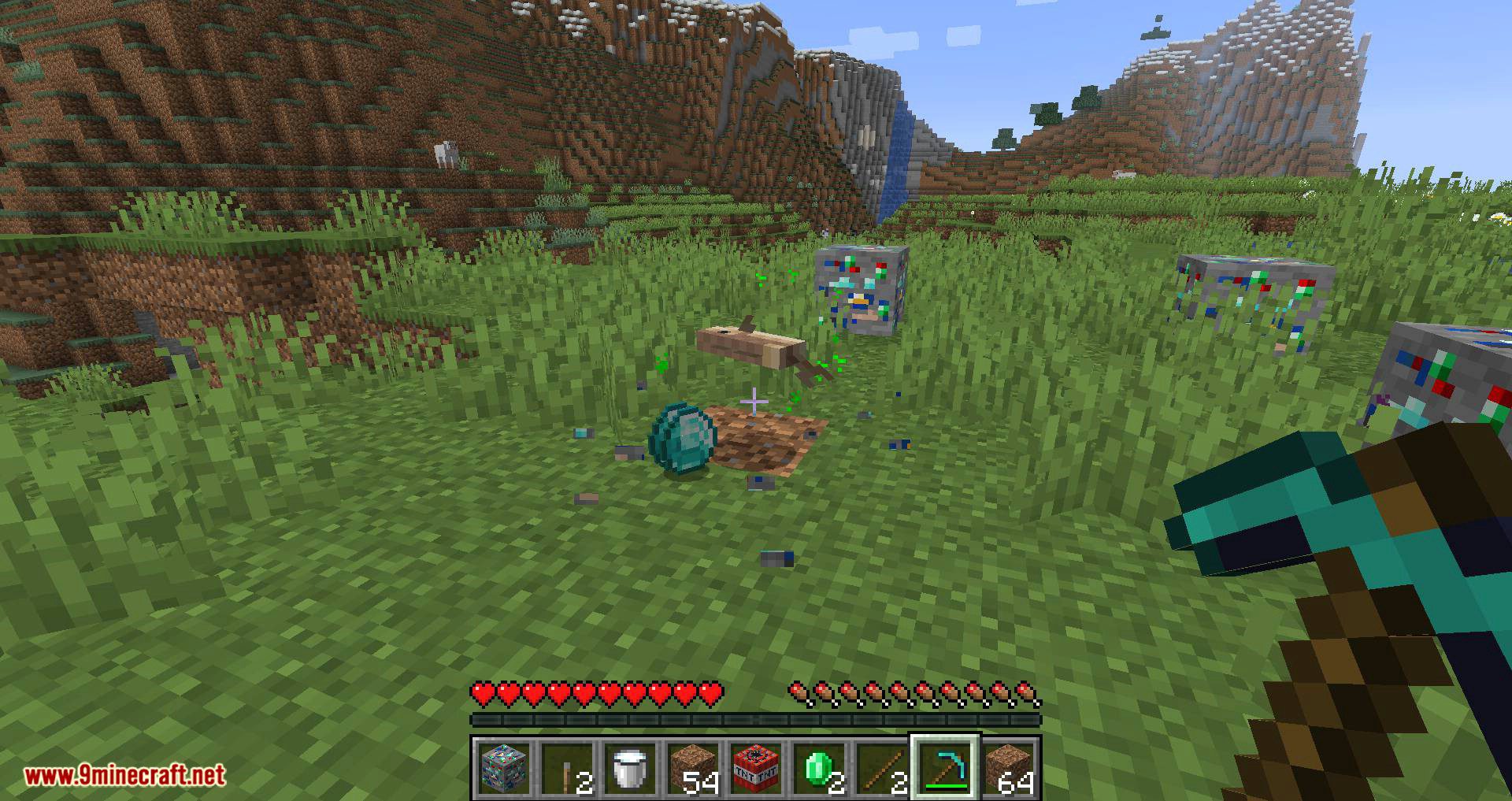 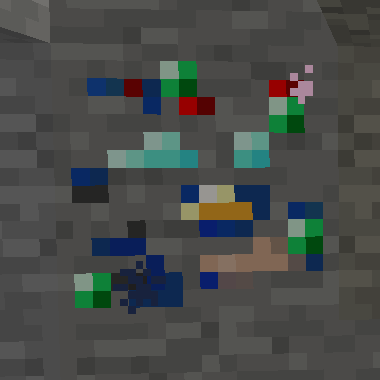 This is the “main” lucky ore block. When mined with an iron pickaxe or better, a random event will happen. It glows a bit in the dark and has particles surrounding it. When mined it displays either red (bad event) or green (good event) particles. It cannot be silk touched, it will however sometimes drop itself if you’re lucky! It can be smelted to gain a Mysterious Glowing Shard! 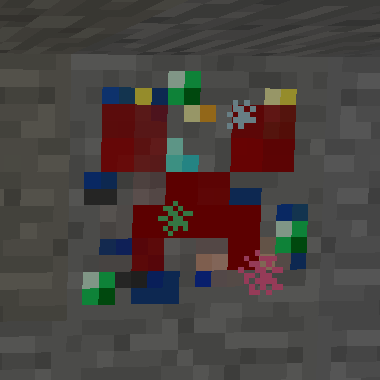 This is the other lucky ore variant. There are two! As you might be able to tell, this is an inferior variant. Why? Well, it works exactly the same, can’t be silk touched, can be smelted, mined by iron and above, etc. But if it detects, that it will generate a good event, it will reroll that event once, in the hope of generating a bad event instead! 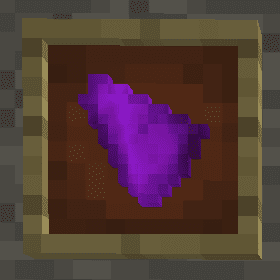 When mining a lucky ore, there is a chance this drops. The ores can also be smelted to get a shard. Very rarely it can also be found with the Treasure Hunter’s Shovel!

This item itself has no use other than repairing tools made out of it or crafting new tools out of it! 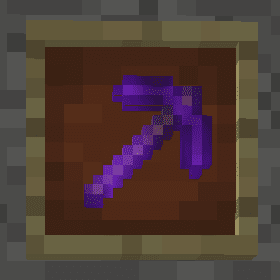 Crafted out of Mysterious Glowing Shard! Craft it like you would craft any other pickaxe. When mining a block, this pickaxe will automatically mine the block below it as well, making it perfect to build tunnels or to quickly mine out huge rooms. this effect will only work on stones, not dirt for example! 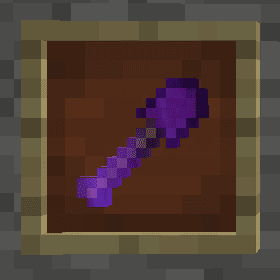 Crafted out of Mysterious Glowing Shard! Craft it like you would craft any other shovel. When mining dirt or sand (only these two!) with this, there is a chance to add to the mined block also drop some additional treasure (some iron/gold or very rarely diamond for example) or some additional “garbage” items. 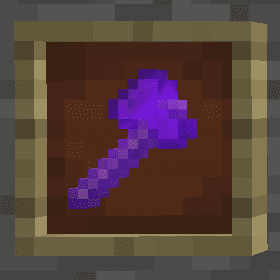 Crafted out of Mysterious Glowing Shard! Craft it like you would craft any other axe. When chopping down trees, just like the shovel, there is a chance for this to drop additional wood related items (for example saplings, logs, leaves, sticks, apples or very rarely even a golden apple). The dropped additional item doesn’t have to be related to the tree you are chopping down (Oak Wood can drop from Spruce Trees for example) 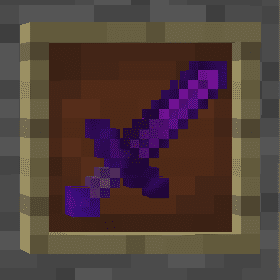 Crafted out of Mysterious Glowing Shard! Craft it like you would craft any other sword. Works like a regular sword, but watch out, there is a 20% chance whenever you hit a living creature, that the creature is struck by lightning! Very useful, as this does quite a lot of damage and can also be used to easily create charged creepers for example! Watch out though, the lightning damages everything, including you! 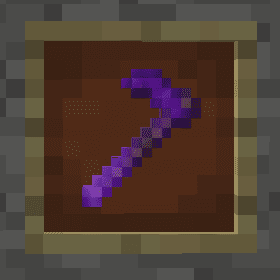 Crafted out of Mysterious Glowing Shard! Craft it like you would craft any other hoe. A regular hoe. However, when right-clicking sand, it gets turned into dirt. Rightclick red sand and it turns into Mycelium. Doing the same to gravel turns it into coarse dirt!