Mushroom Quest Mod 1.6.5, 1.15.2 is a game that involves foraging for real-world mushrooms. You will embark on an adventure to discover mystical and otherworldly lands.

There are exactly 134 mushrooms you can forage for. Each mushroom is either common, rare or mythical rarity. All mushrooms are edible and most can give you either medicinal or deadly effects when eaten. Some mushroom can also be used in crafting recipes or as fuel! You find these mushrooms by breaking various organic structures across the world.

The Mycopedia is a book that contains information about all the mushrooms! It includes the fungi’s: Edibility, Location, Rarity, and Usage.

You can use Growth Meld to farm mushrooms and other plants! Right-clicking it on certain blocks will produce certain things!

This mod also adds a whole Mushroom Island biome expansion! There are tons of new structures, alien plant life, and unidentified creatures! There are structures that contain loot, decorations, materials, and more! You can explore this new fungal land and gain experience as an adventurer until you’re ready to face off against the new boss: The Woodlot Reaper! You can find this terrifying fungal monstrosity in the Gloomy Cavern which is rarely found.

An important item is the Stasis Spore, it can be rarely dropped from killing big Jellyshroom. If you right-click this spore onto mycelium it will start to grow. Be careful because it has a chance to break upon collision. When fully grown it acts like a turret, it periodically releases stunning pulses that affect all mobs except players. When the fully grown plant is right clicked on it will grant buffs to all surrounding players but this ability will destroy the plant.

Some of the creatures you may encounter include: 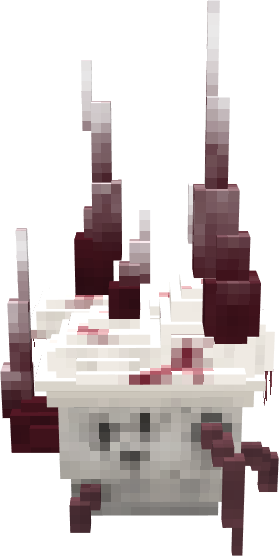 The Bleeding Mouth – A sentient mutant Bleeding Tooth Fungus. It cannot move but will attack if provoked. 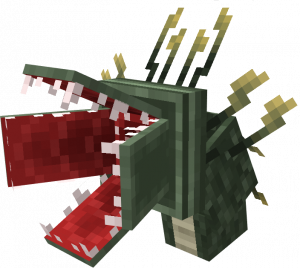 Burrow Worm – A terrifying worm monster that lures in and ambushes prey using its glowing tendrils. 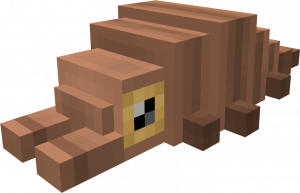 Decomposer – A grub creature that loves rotten flesh. If given rotten flesh, bones, or plant matter it can produce bone meal or growth meld. It can be tamed using Alluring Powder. 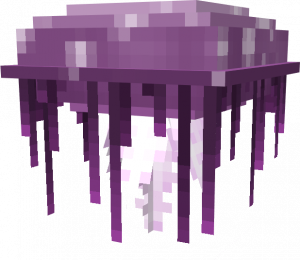 Jellyshroom – Fungal jellyfish that come in big and small sizes. Big ones grant surrounding mobs buffs, and small ones paralyze players on touch. Big ones can drop the Stasis Spore.

Funglings – Adorable little mushroom creatures. They can be tamed using Alluring Powder or with the mushroom they resemble. Can you collect them all? 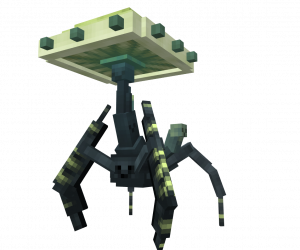 The Woodlot Reaper – A fungal monstrosity. It is a boss monster with a lot of health and deals 15 melee damage. They have 3 abilities: Life stealing Pulse, Invisibility w/ Speed, and to summon a flock of Jellyshroom. When killed it drops the Scythe of Decay and various deadly mushrooms. 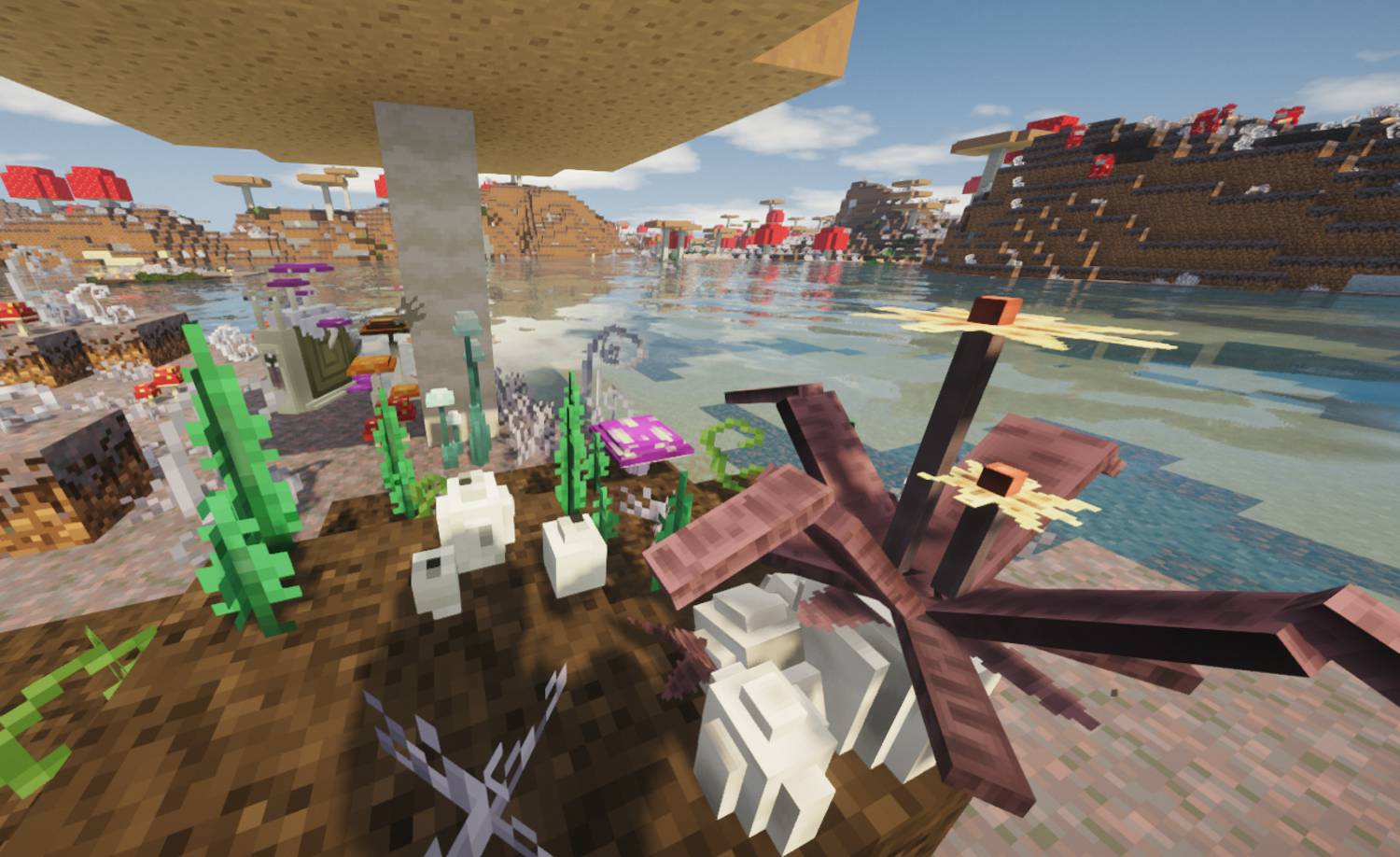 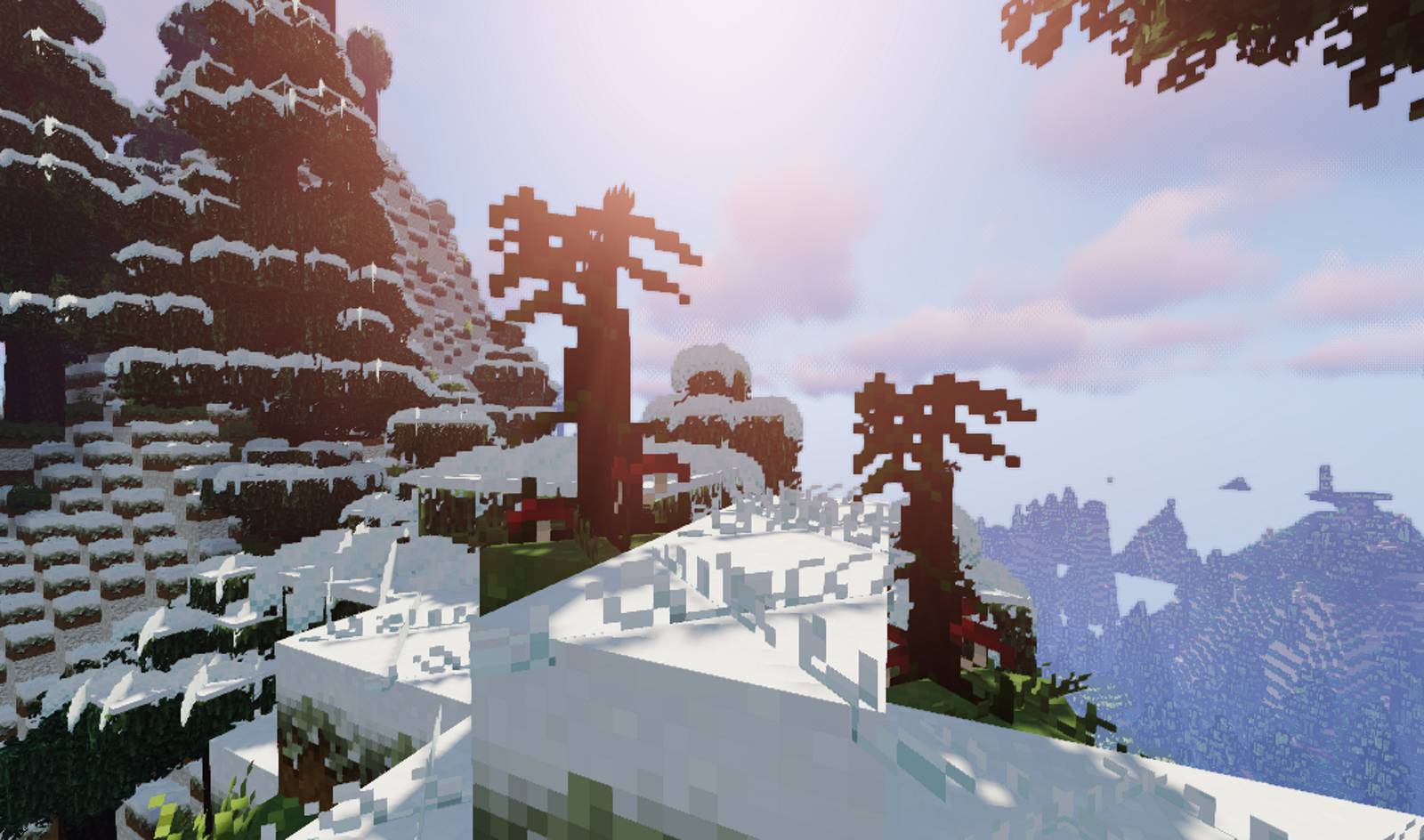 Taiga Structures: These are one of the organic structures found in northern biomes. The other one is a stump that looks exactly like the Oak Stump, but its contents are different. 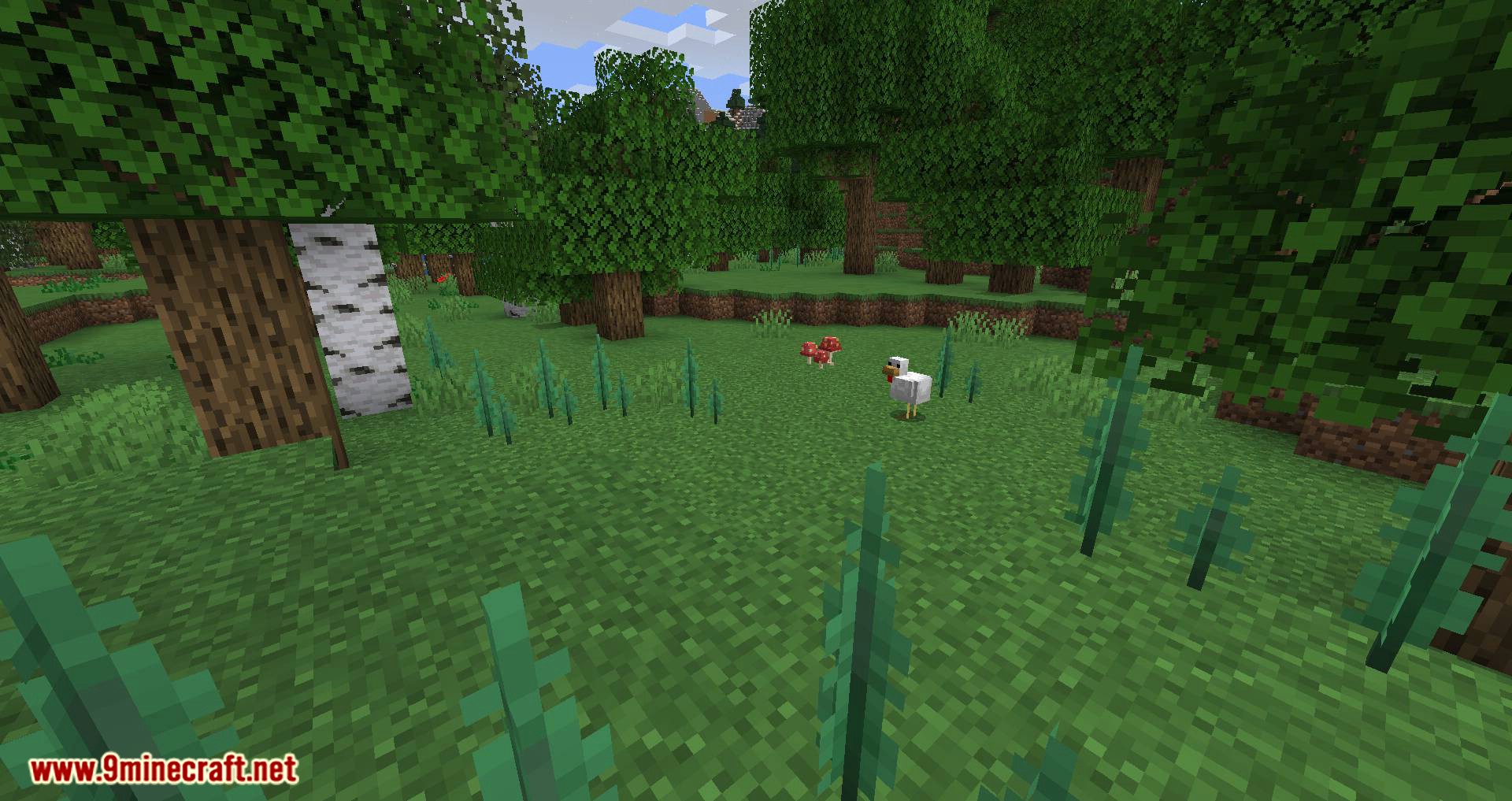 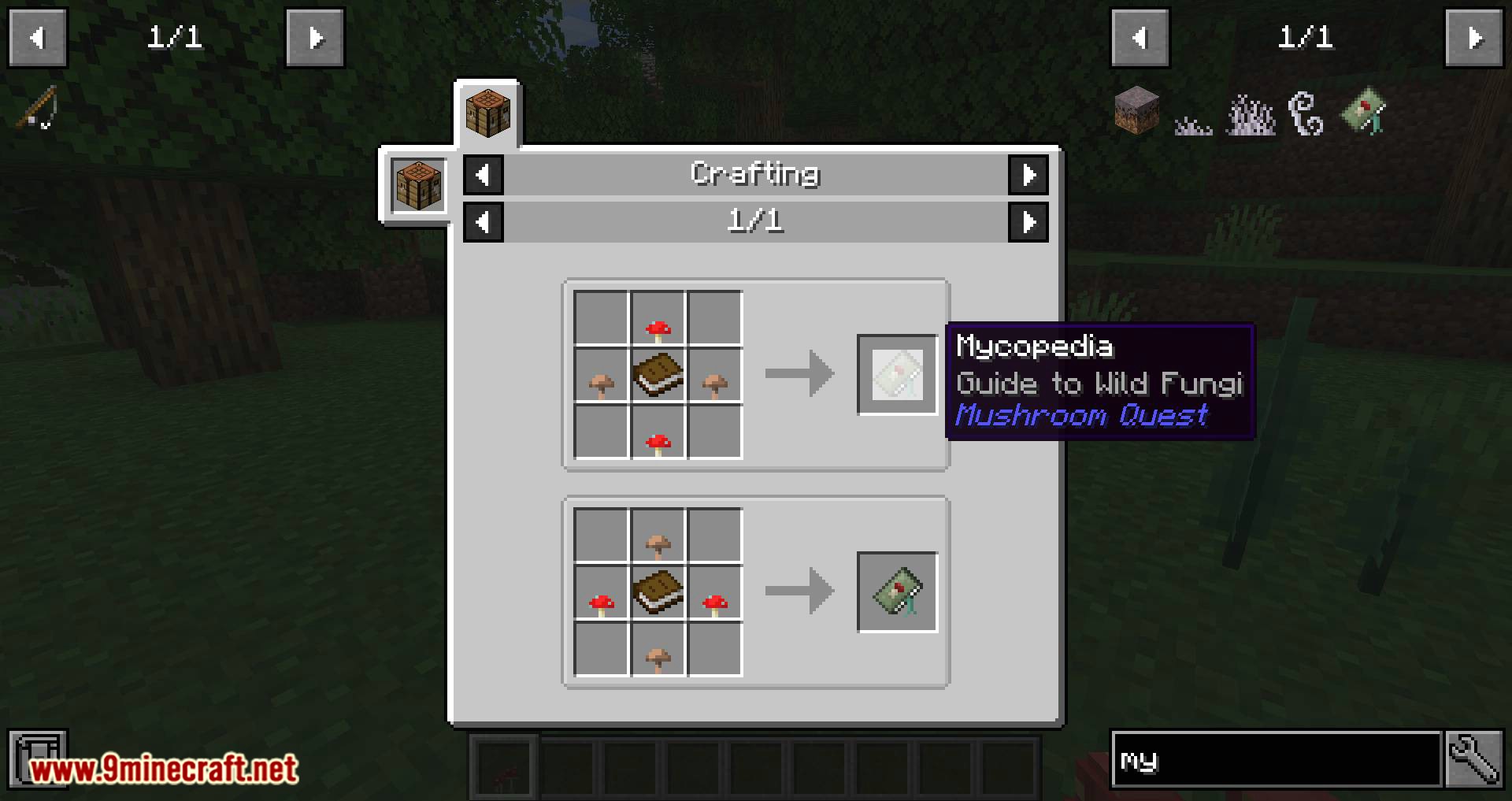 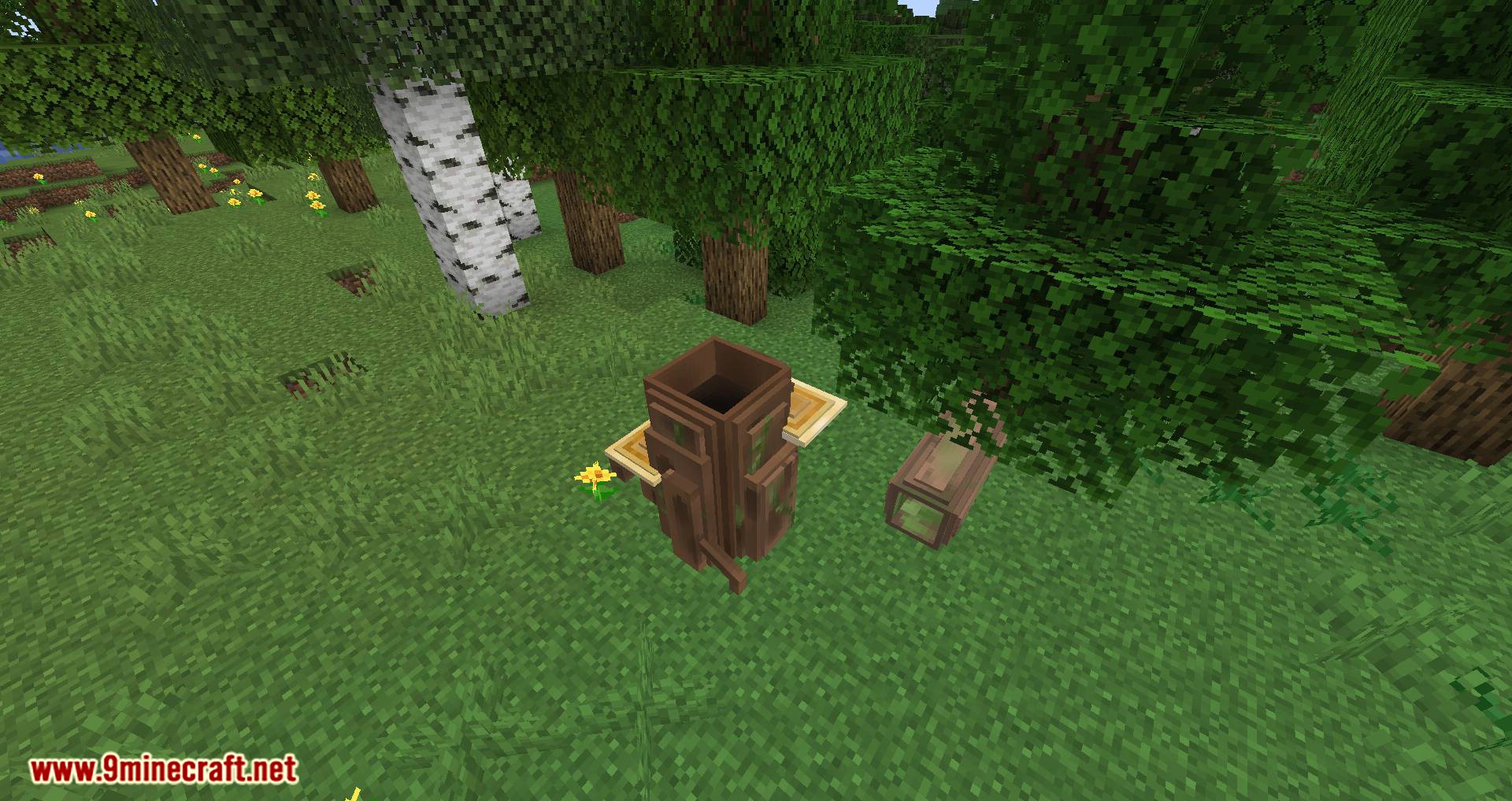 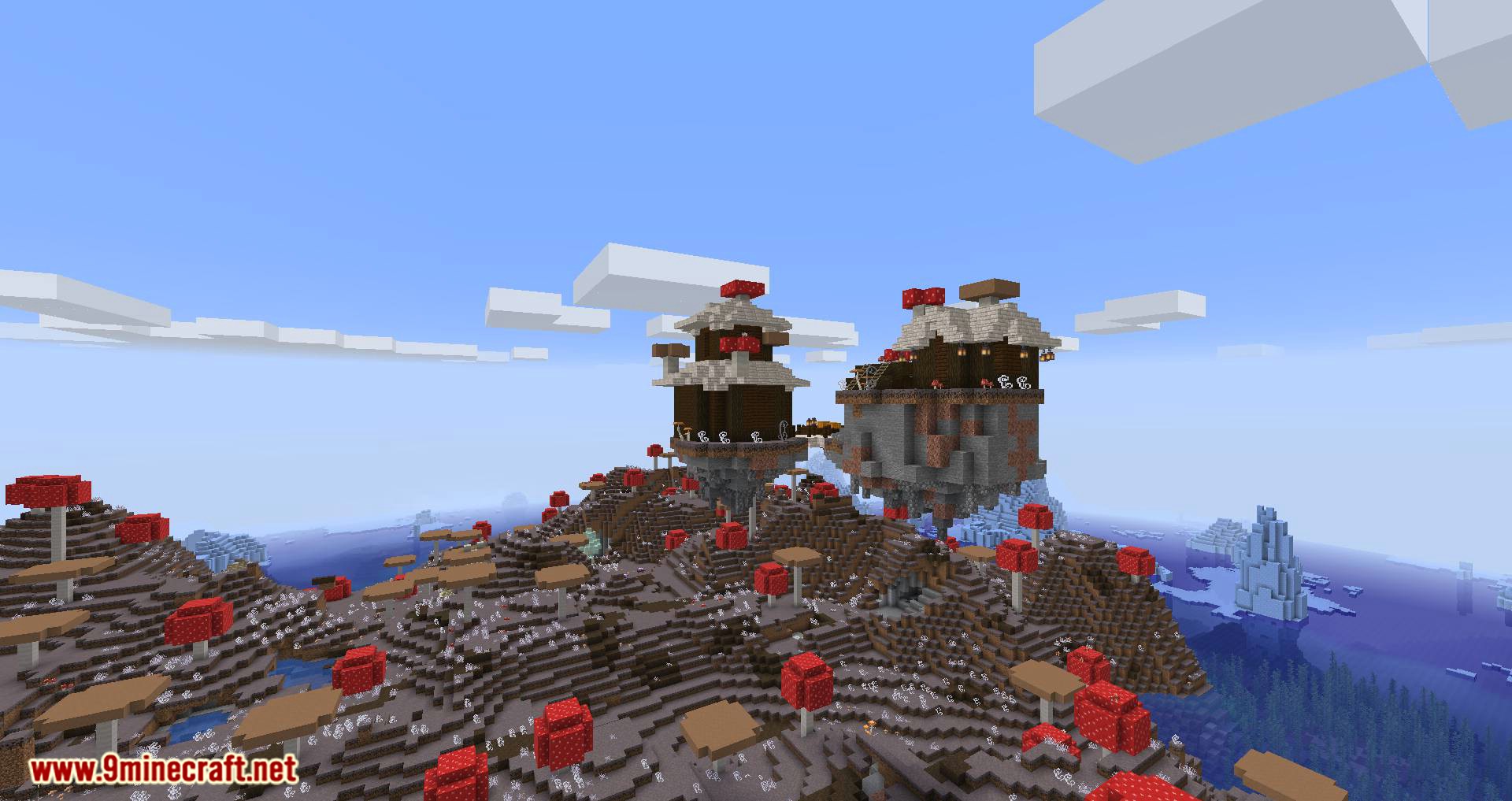 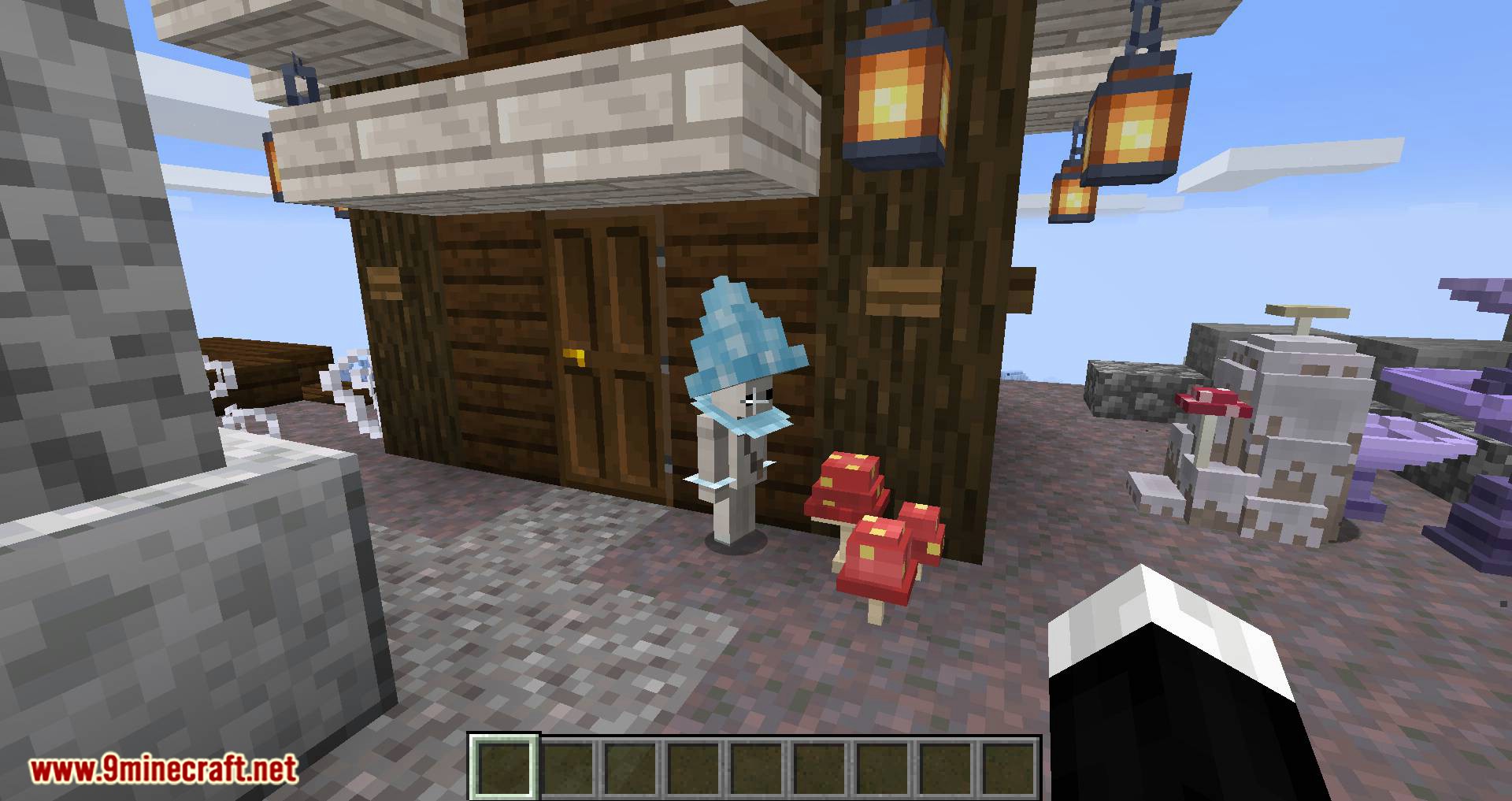 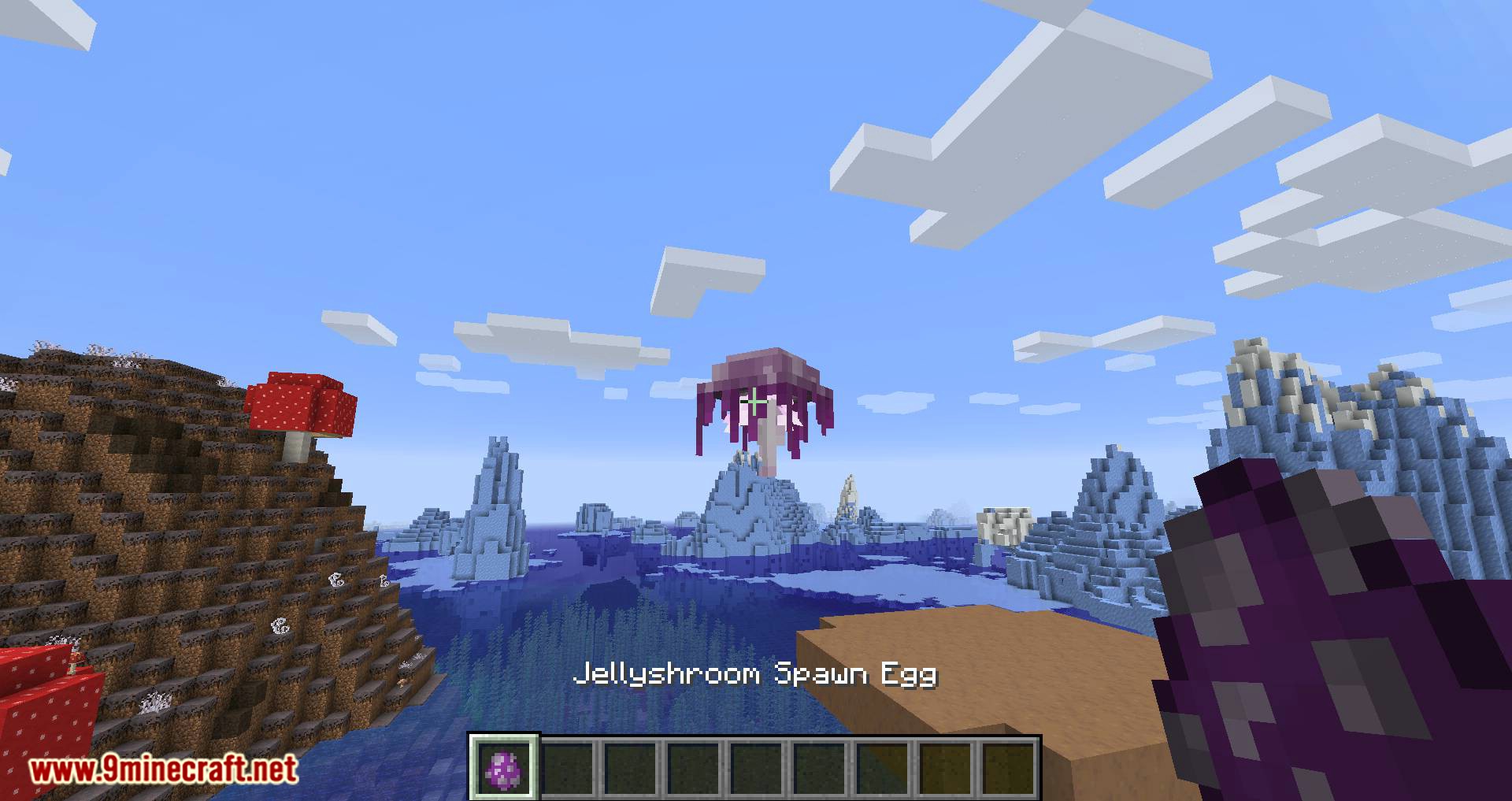 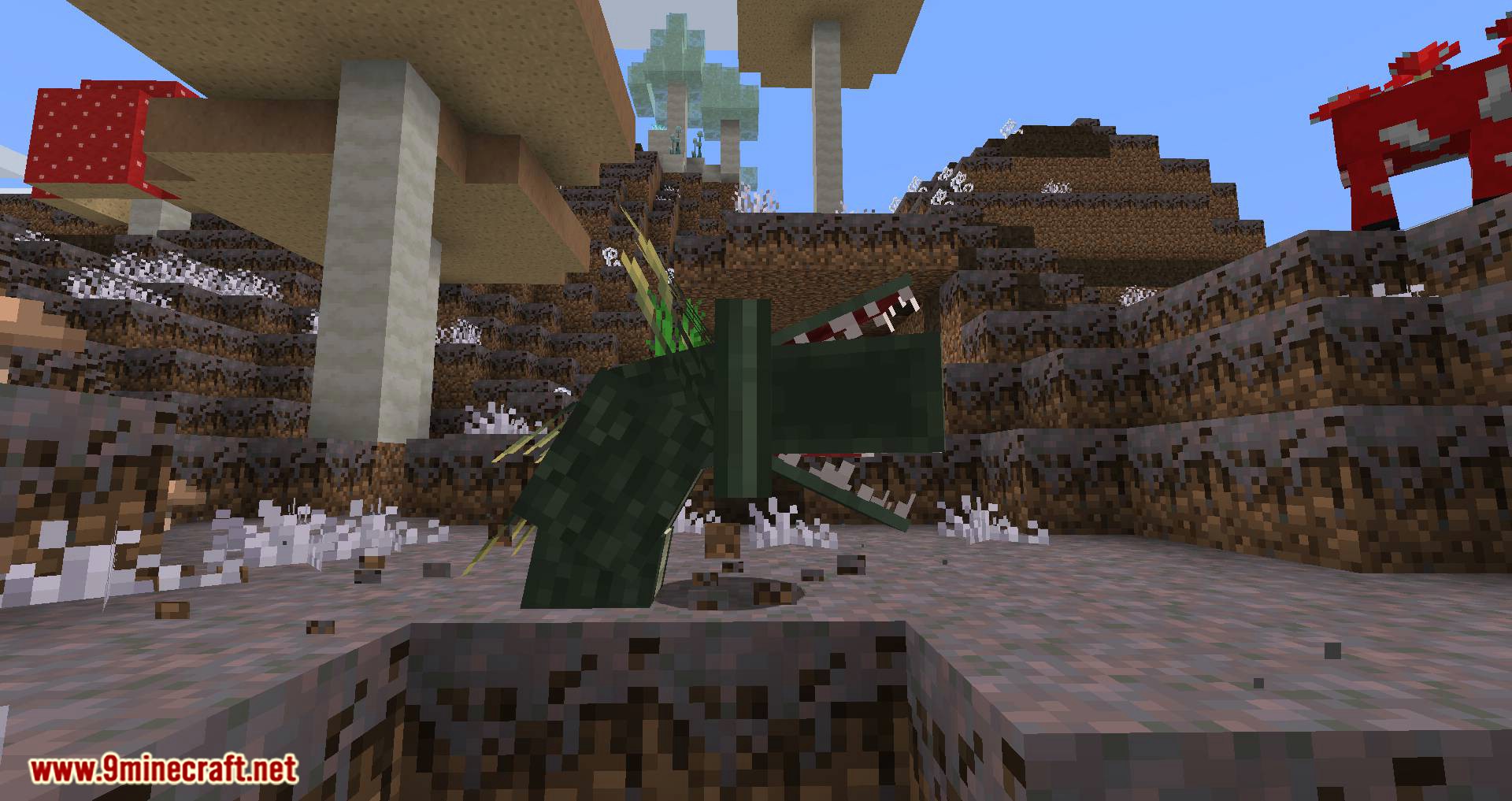 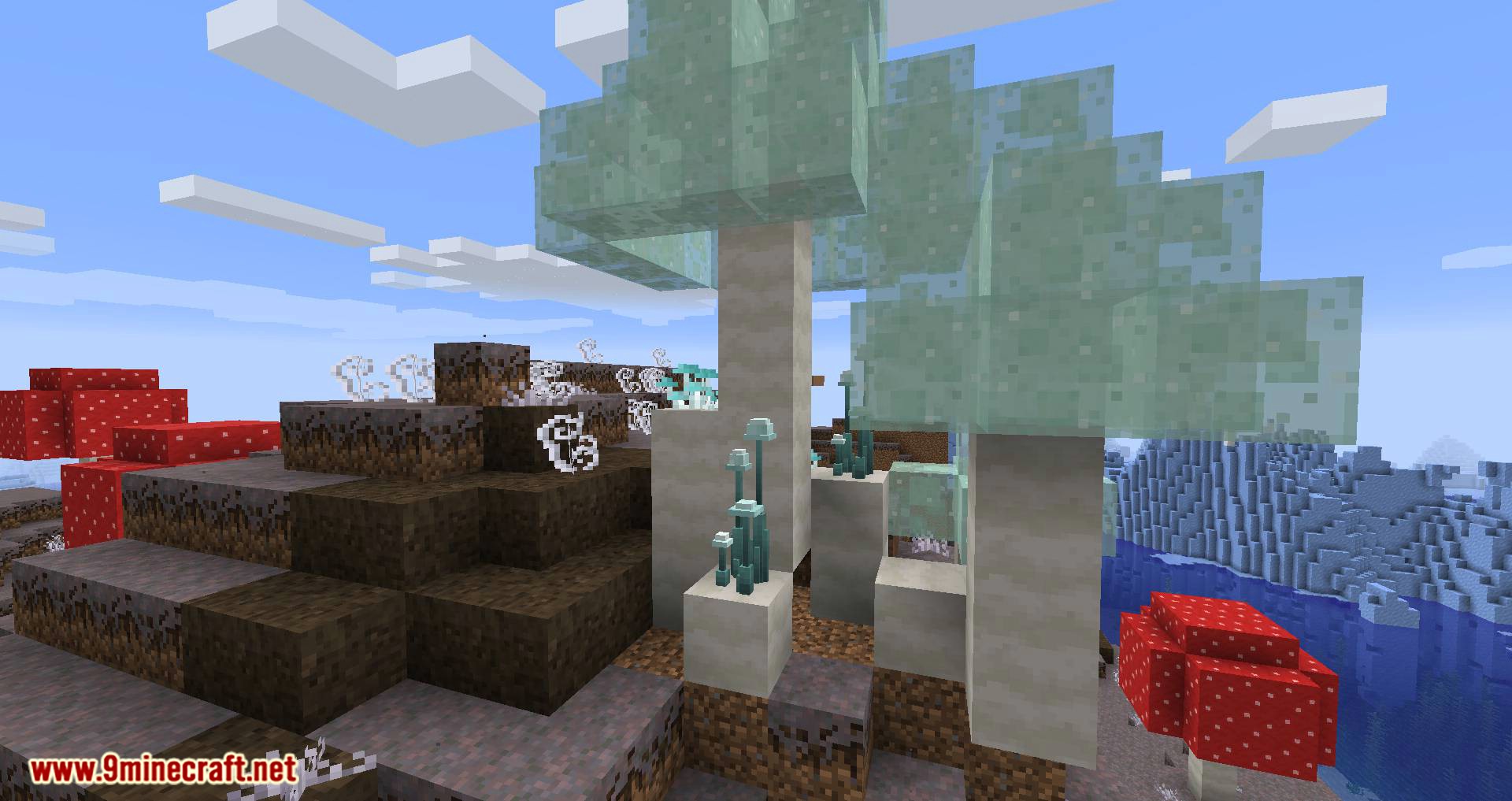 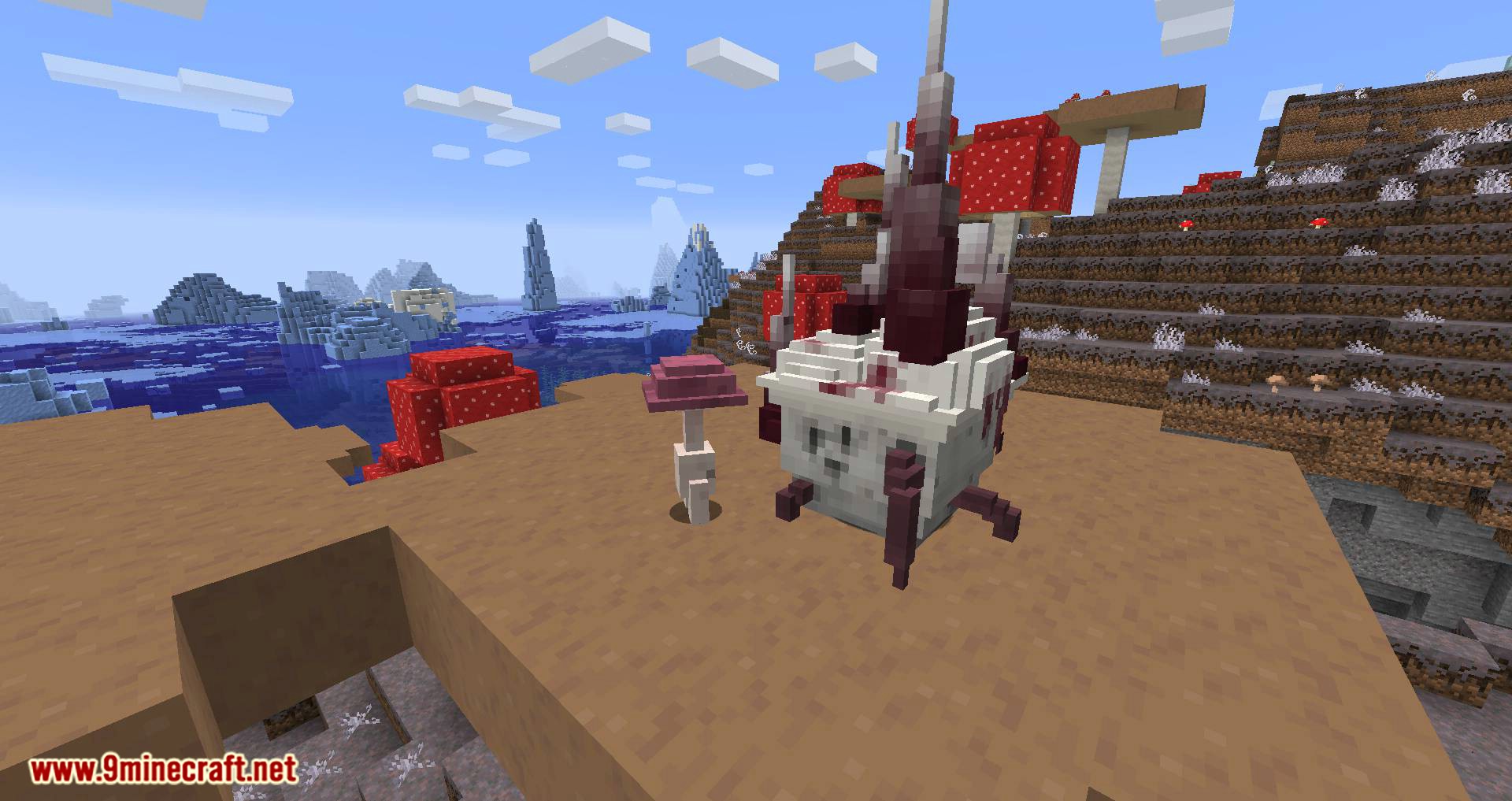 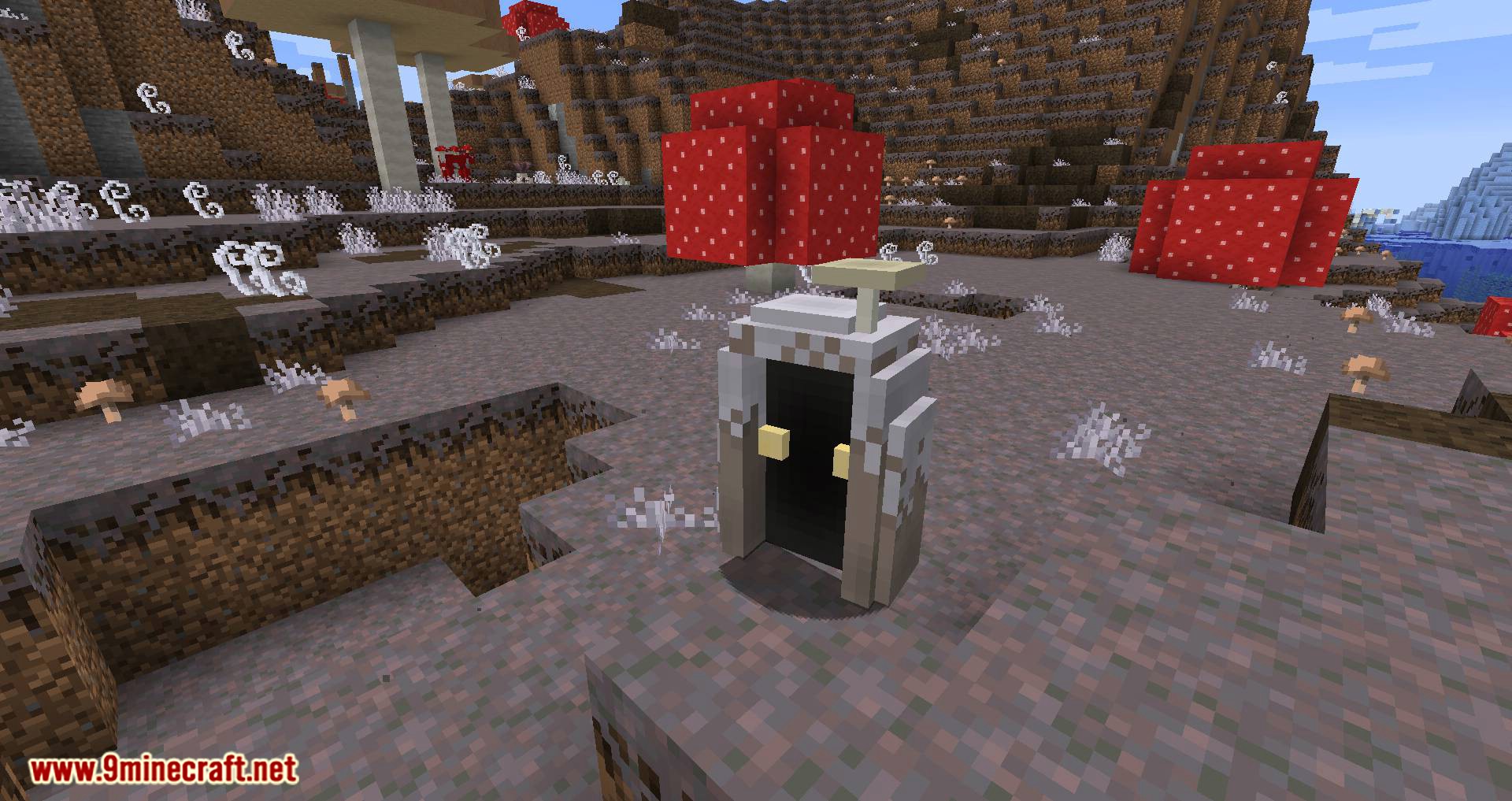 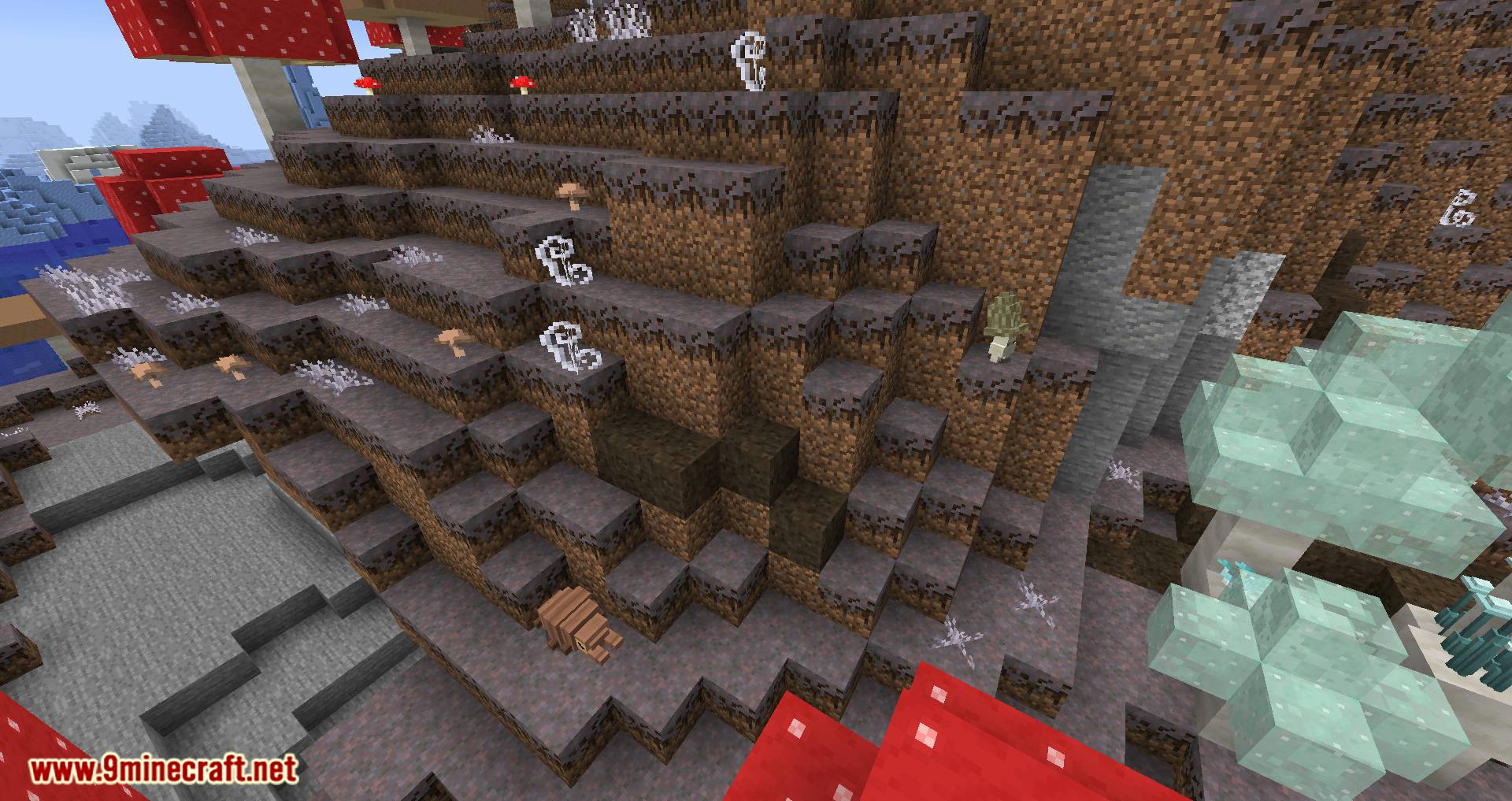 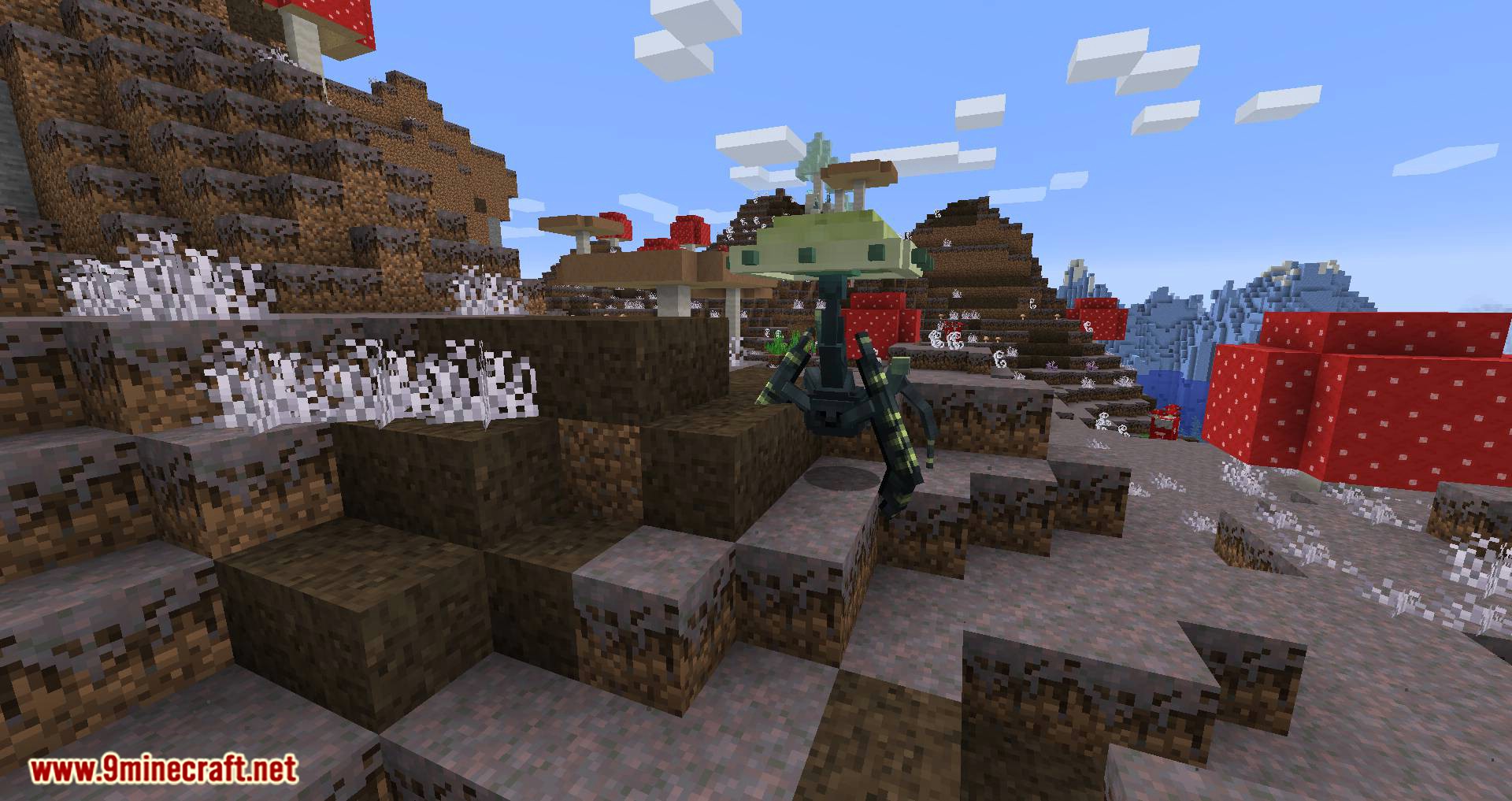 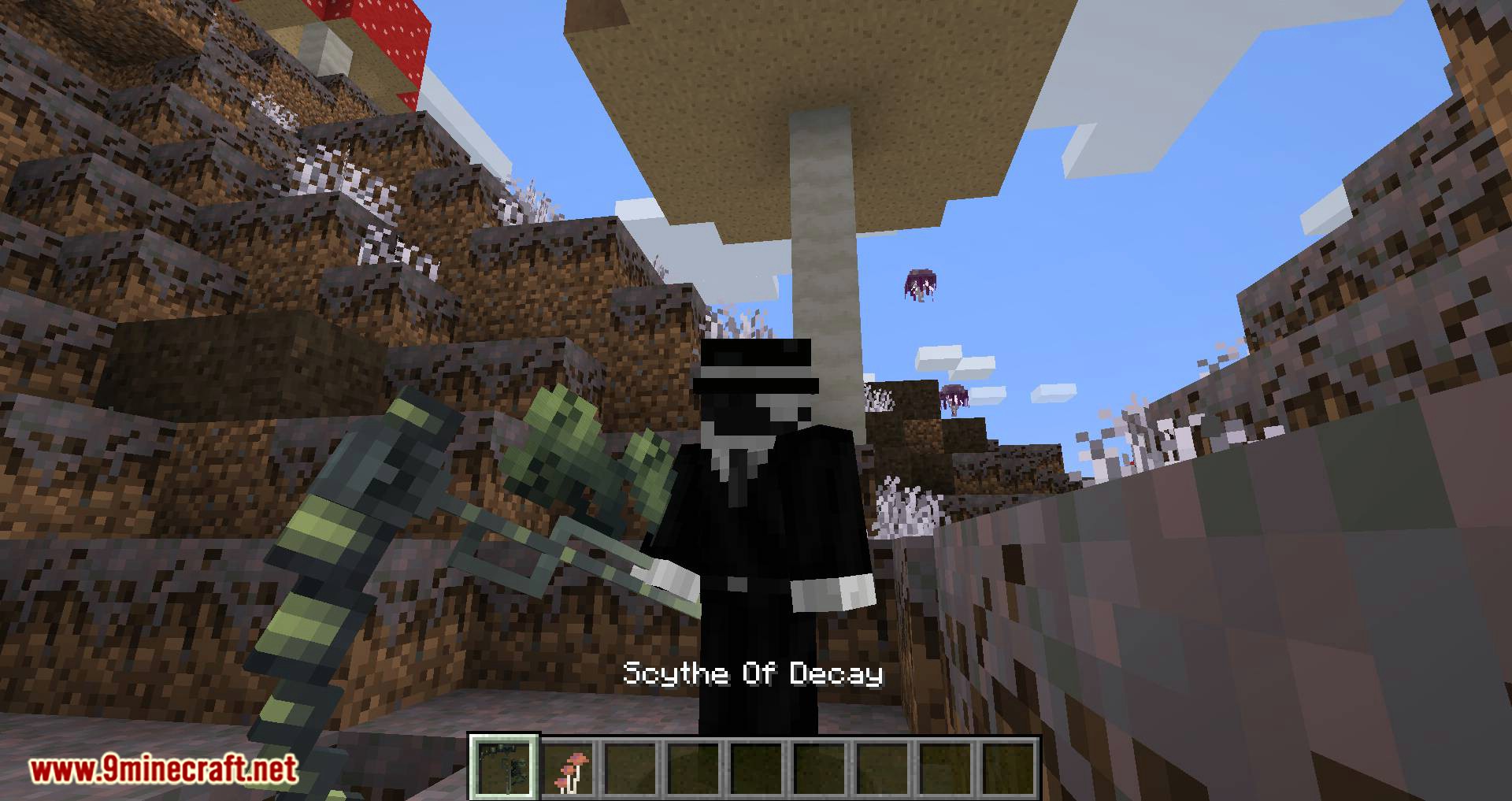