The Pig Pen Cipher is a simple substitution cipher used to encode messages which use the English alphabet. 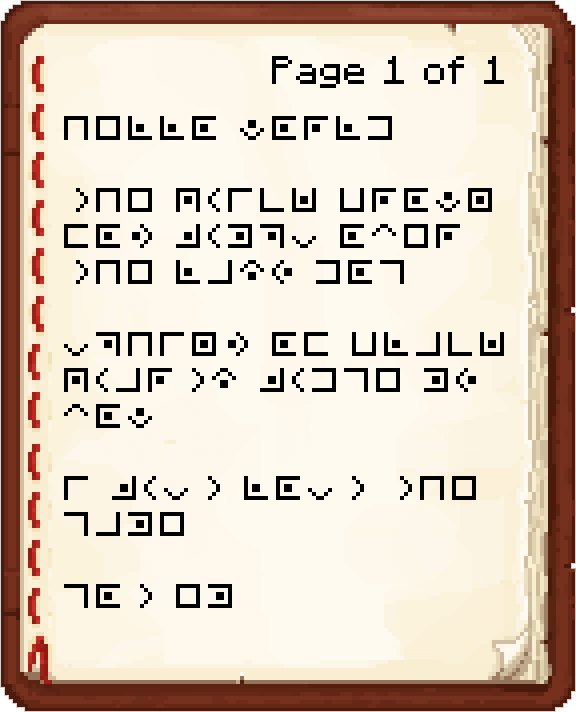 The Pigpen Cipher is sometimes referred to as a tic-tac-toe cipher. This is because the key used to encode/decode characters looks like a tic-tac-toe board. 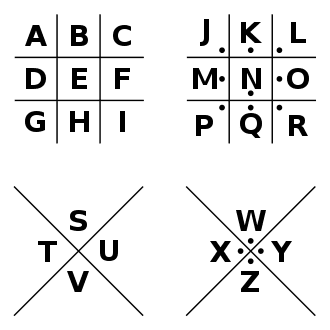 To write a character using the Pigpen Cipher you simply replace the character with the lines that surround the character. For example if you want to write the letter A you would draw a backwards L shape and an E would be drawn as a square. If the symbol contains a dot you would use the version on the right, so a square with a dot inside of it is an N. The eight lower characters follow the same rules, T would be an arrow pointing right and W would be an arrow pointing down with a dot in it.

While the cipher may seem complicated at first it will become a lot easier to understand with some practice.

If you’re developing a mod or have access to code/scripting tools you can apply the cipher to an ITextComponent by modifying the style of the component.

Any vanilla command which allows you to specify a text component can use cipher by defining the font ID in the text properties. For example it can be used in the give command, or in the title command.