… and much more, this list is still being written after the initial release.

This mod boasts wide compatibility with the Fabric mod ecosystem when compared to other mods and doesn’t compromise on how the game looks, giving you that authentic block game feels.

If you’re coming from Optifine, you can generally expect a significant improvement to performance over it, but you’ll be missing some small features while the Fabric community builds other free and open-source alternatives. Sodium and Optifine are incompatible with one another. You must pick one.

You can find more comparisons for various hardware configurations, such as: 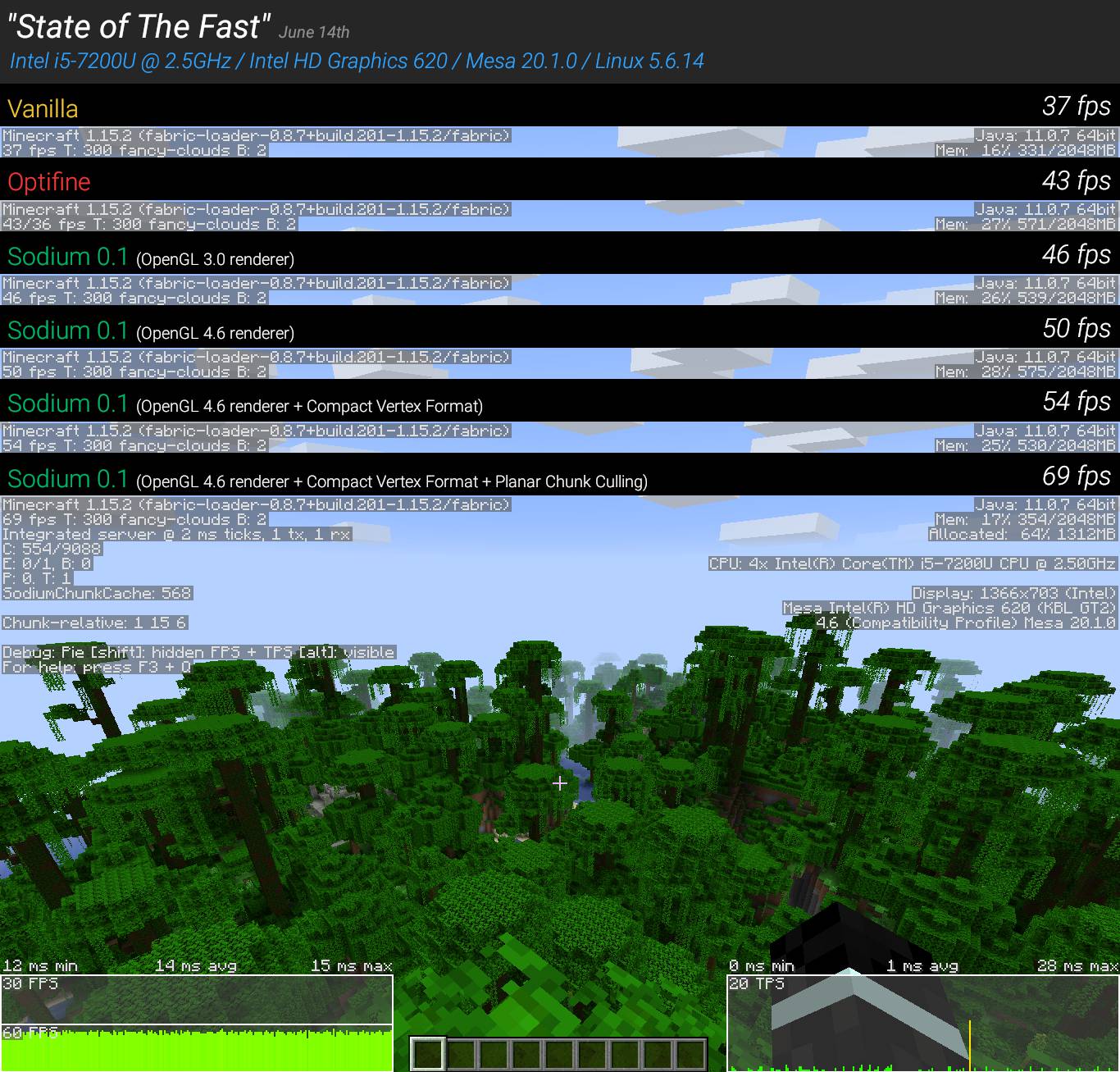 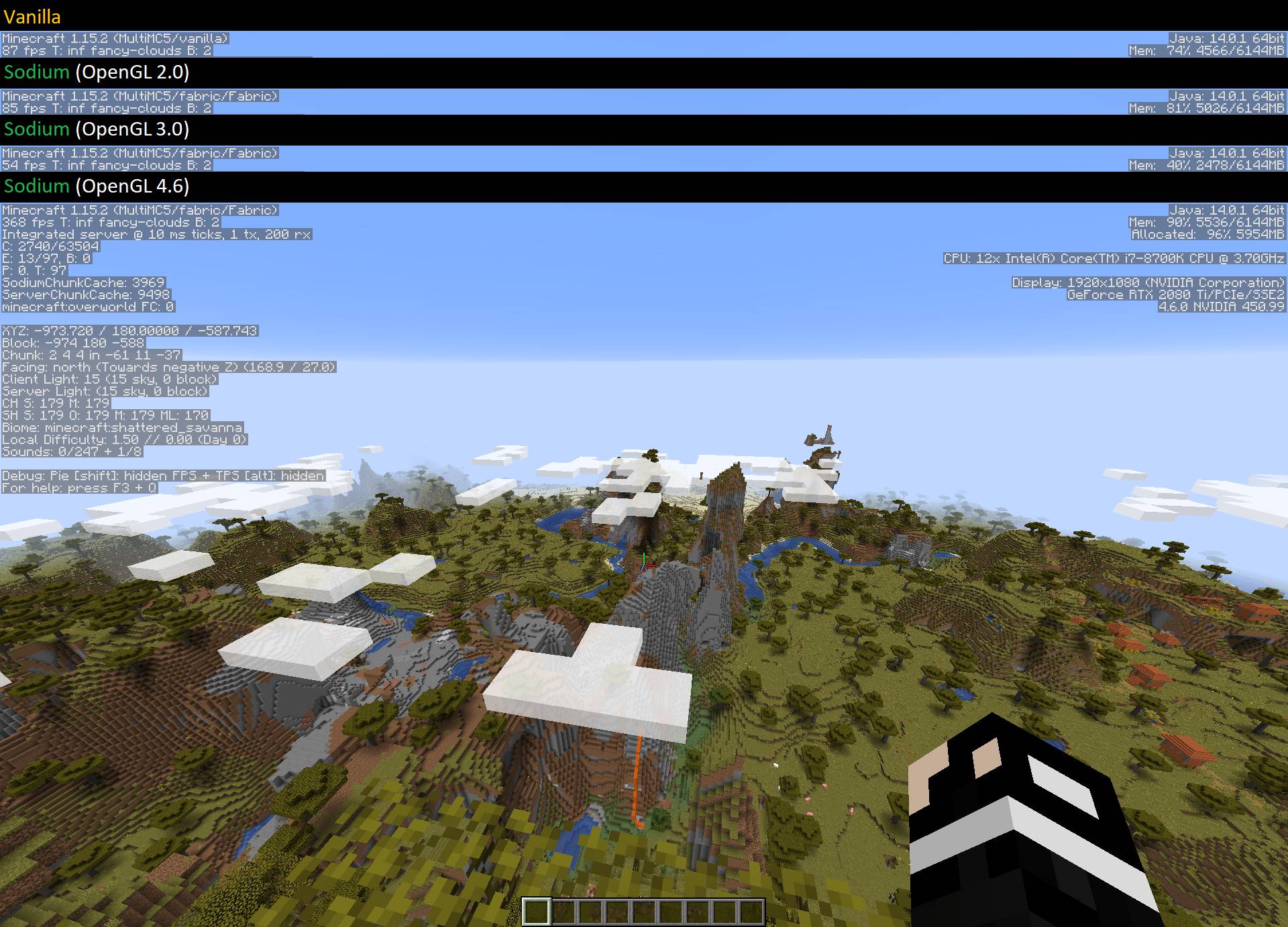 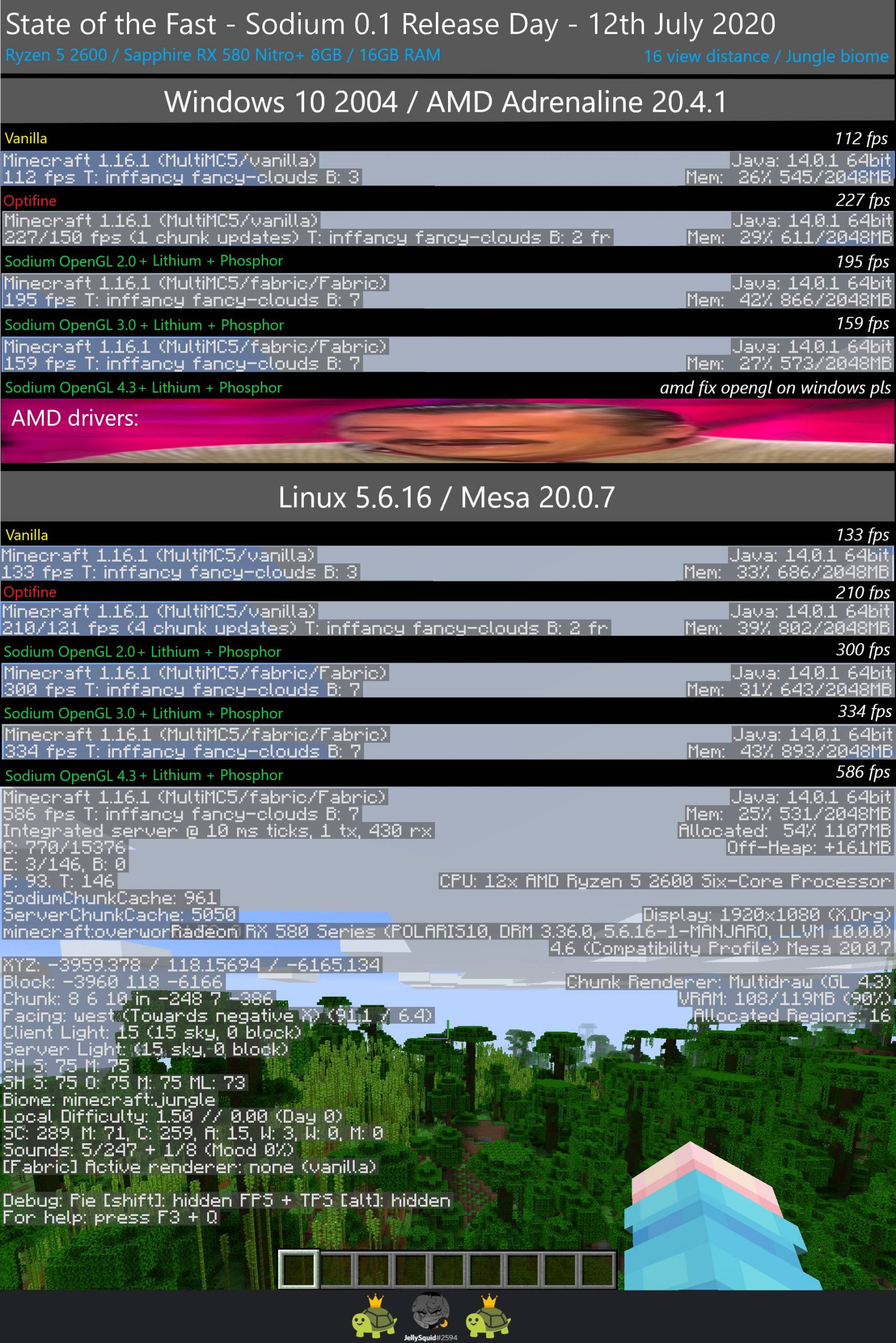 You can even find some exotic and low-end systems running Sodium: 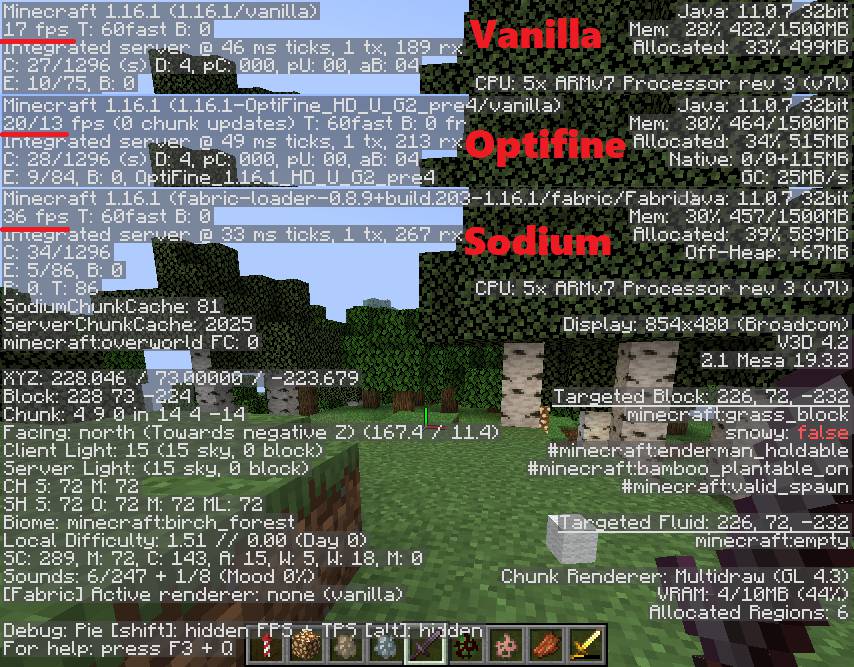 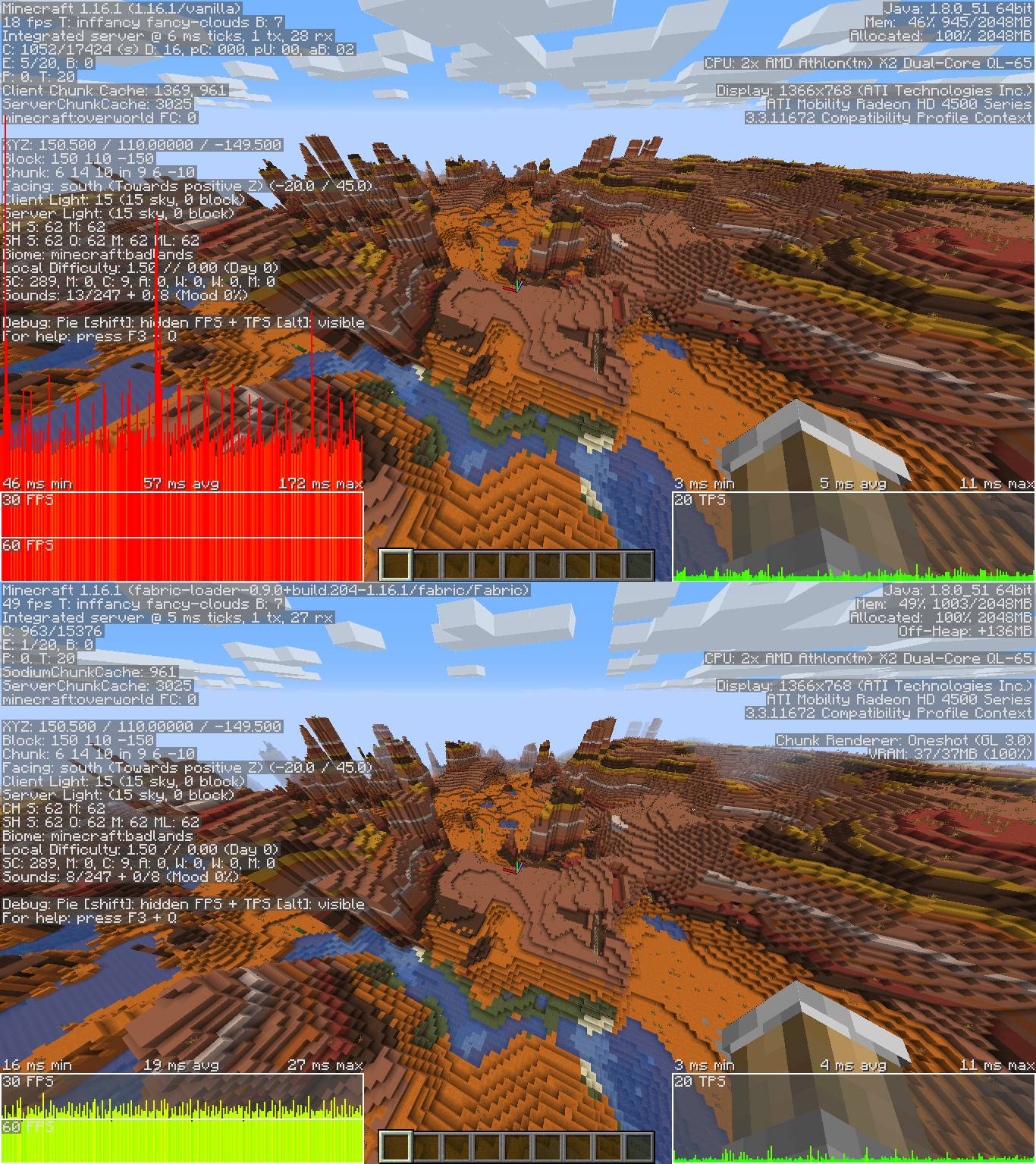 Note: Sodium is mostly stable at this point, but it does not yet contain support for the Fabric Rendering API, which a small number of mods currently use. If you try to use these mods with Sodium, your game may crash or behave unexpectedly. 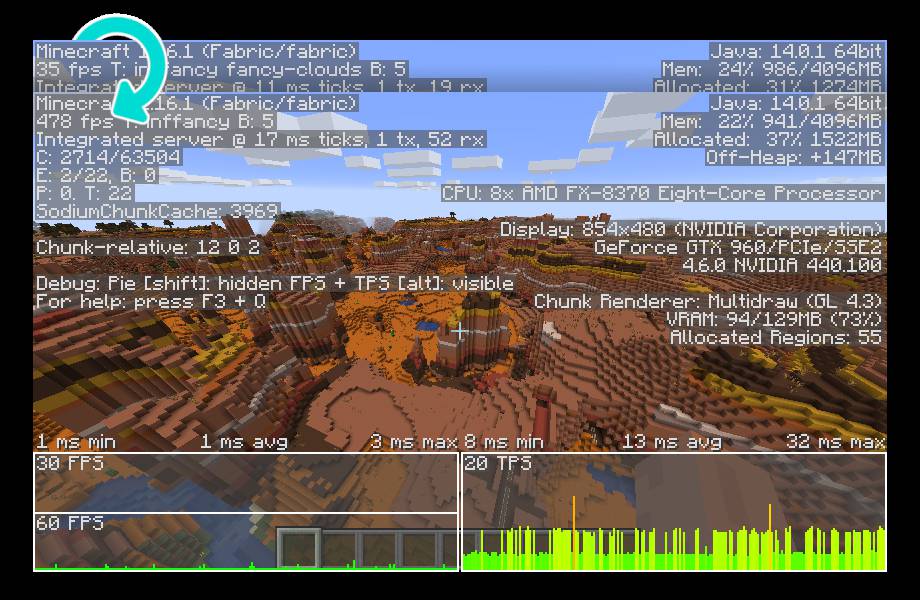 Frame rate comparison between vanilla Minecraft and Sodium at a render distance of 32 chunks. 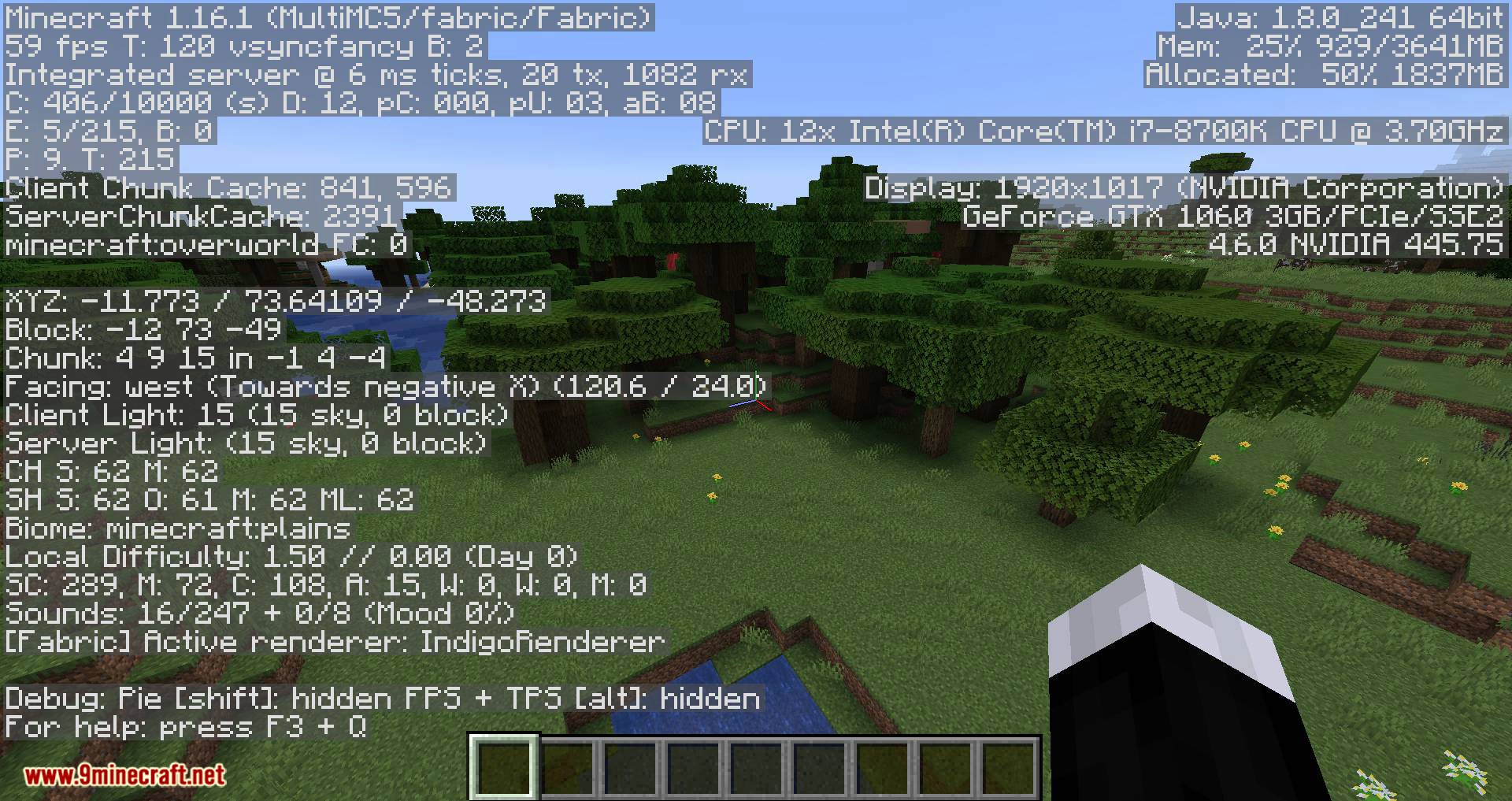 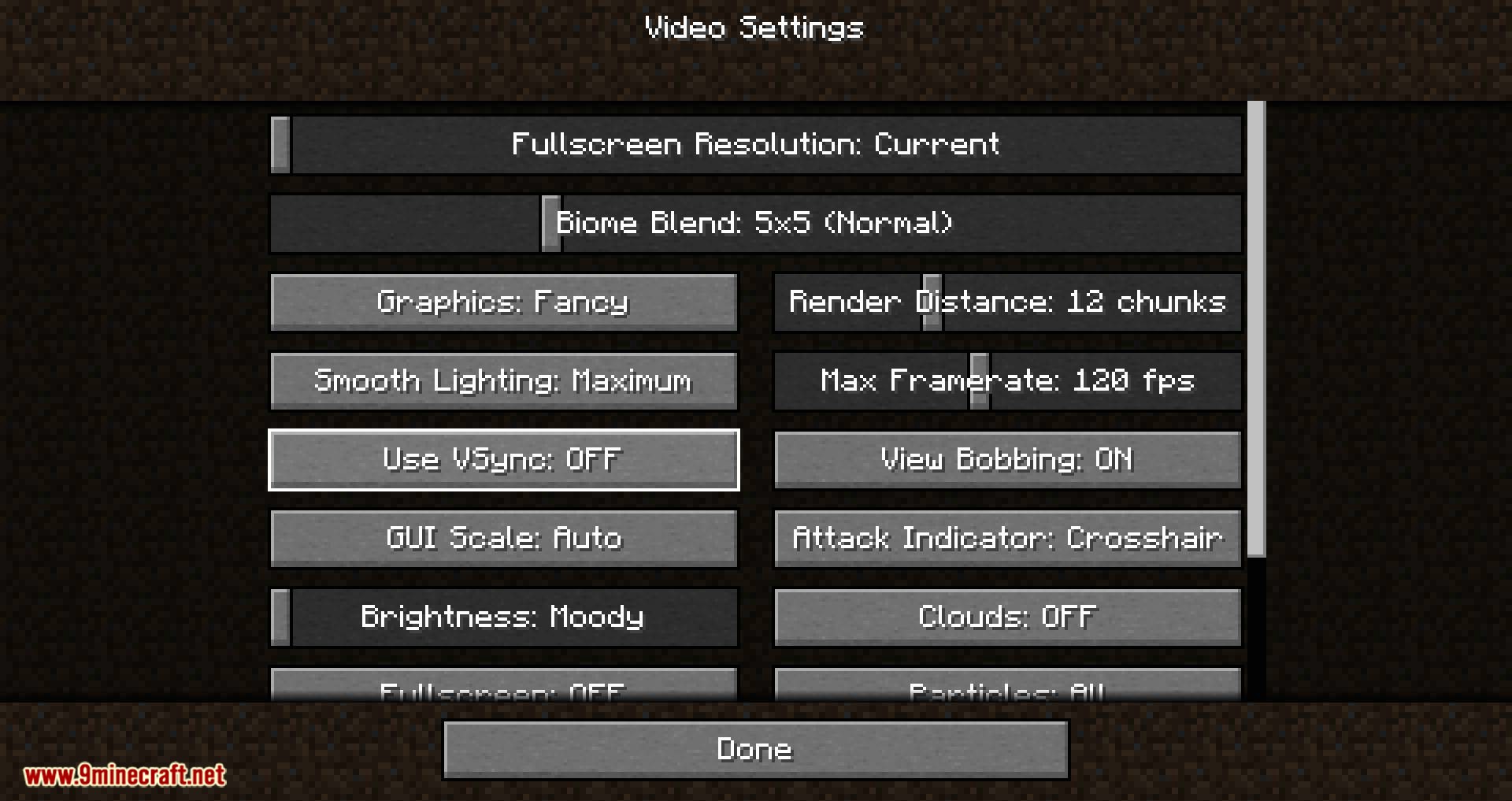 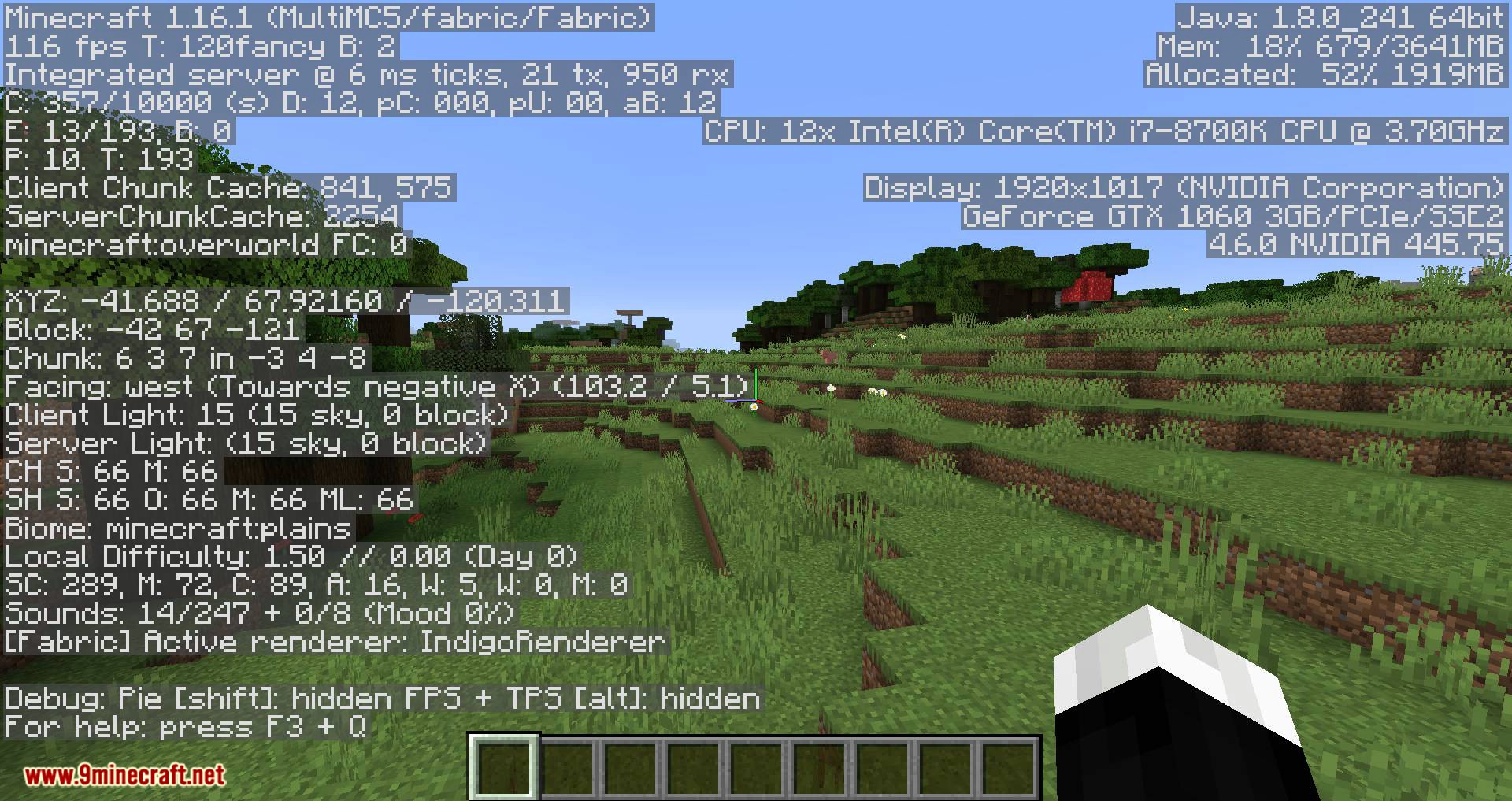 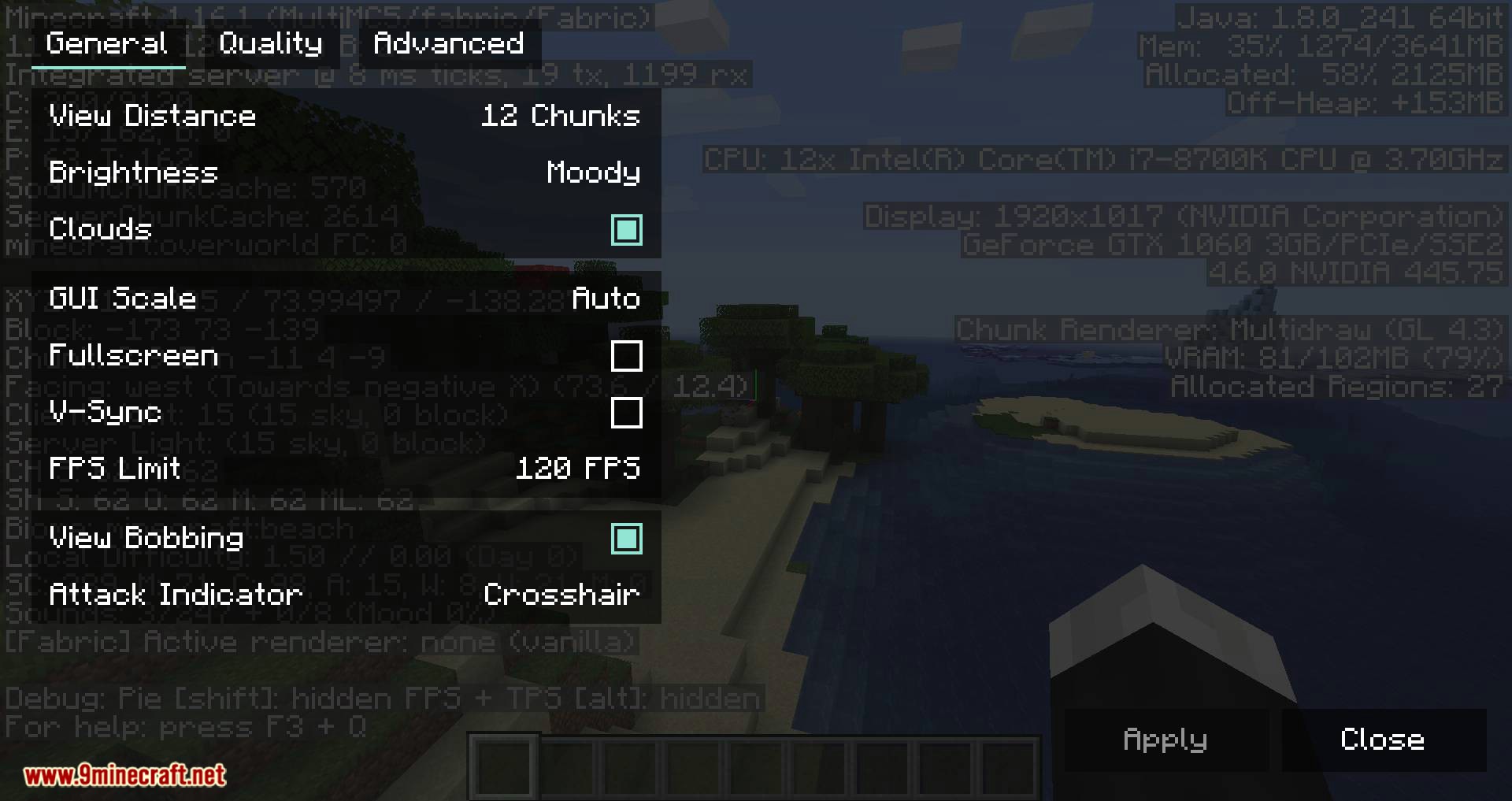 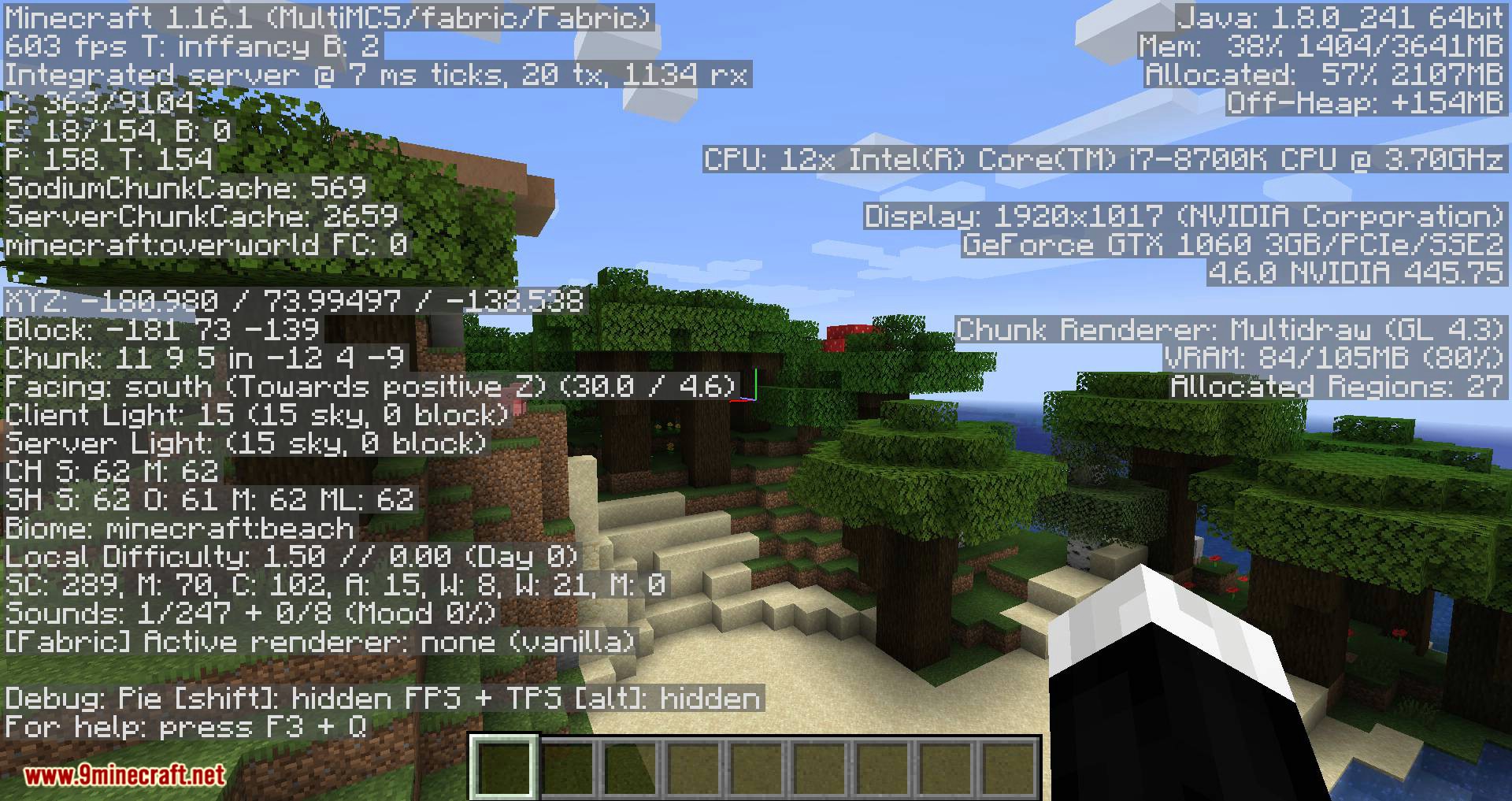 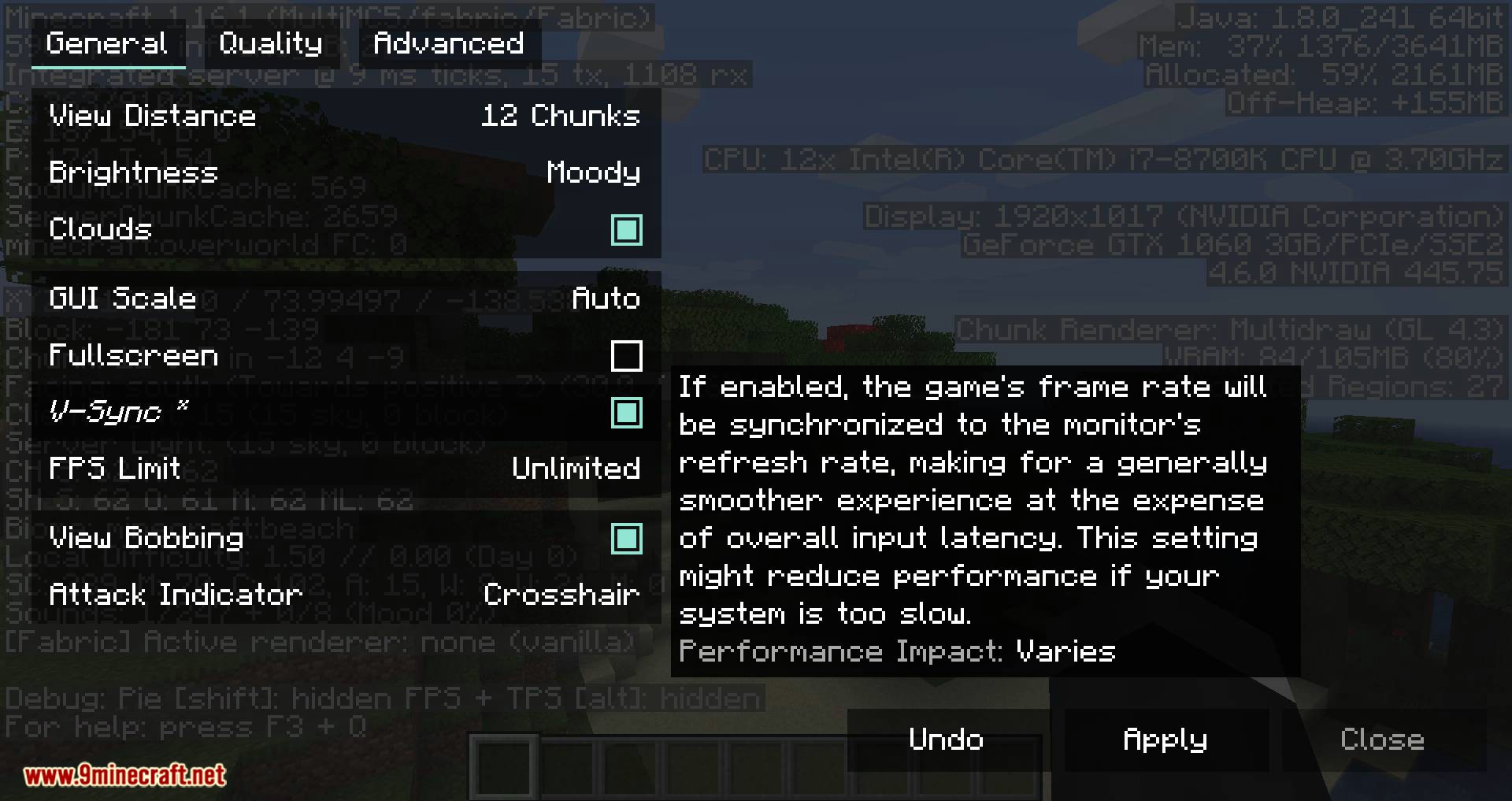 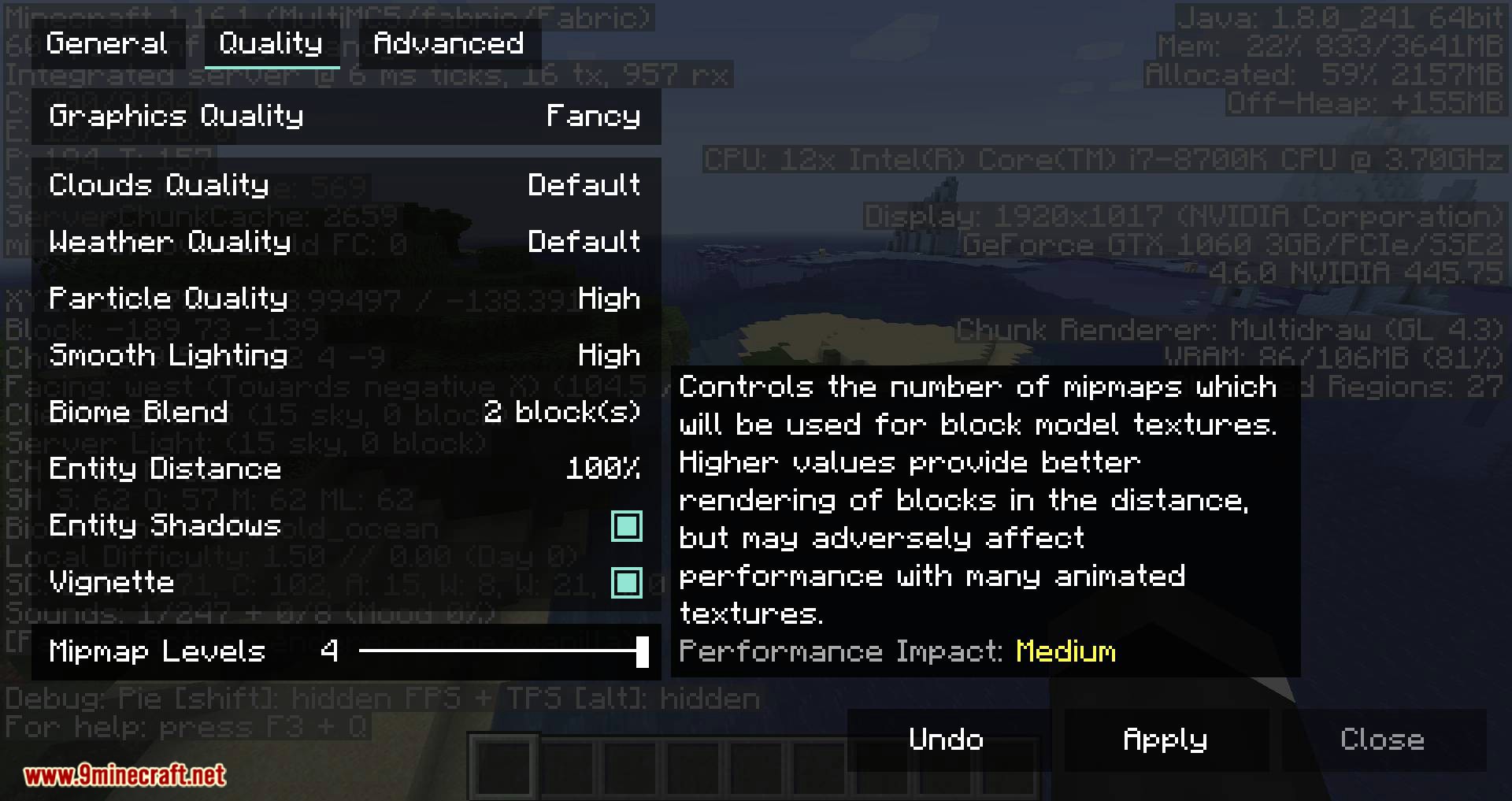 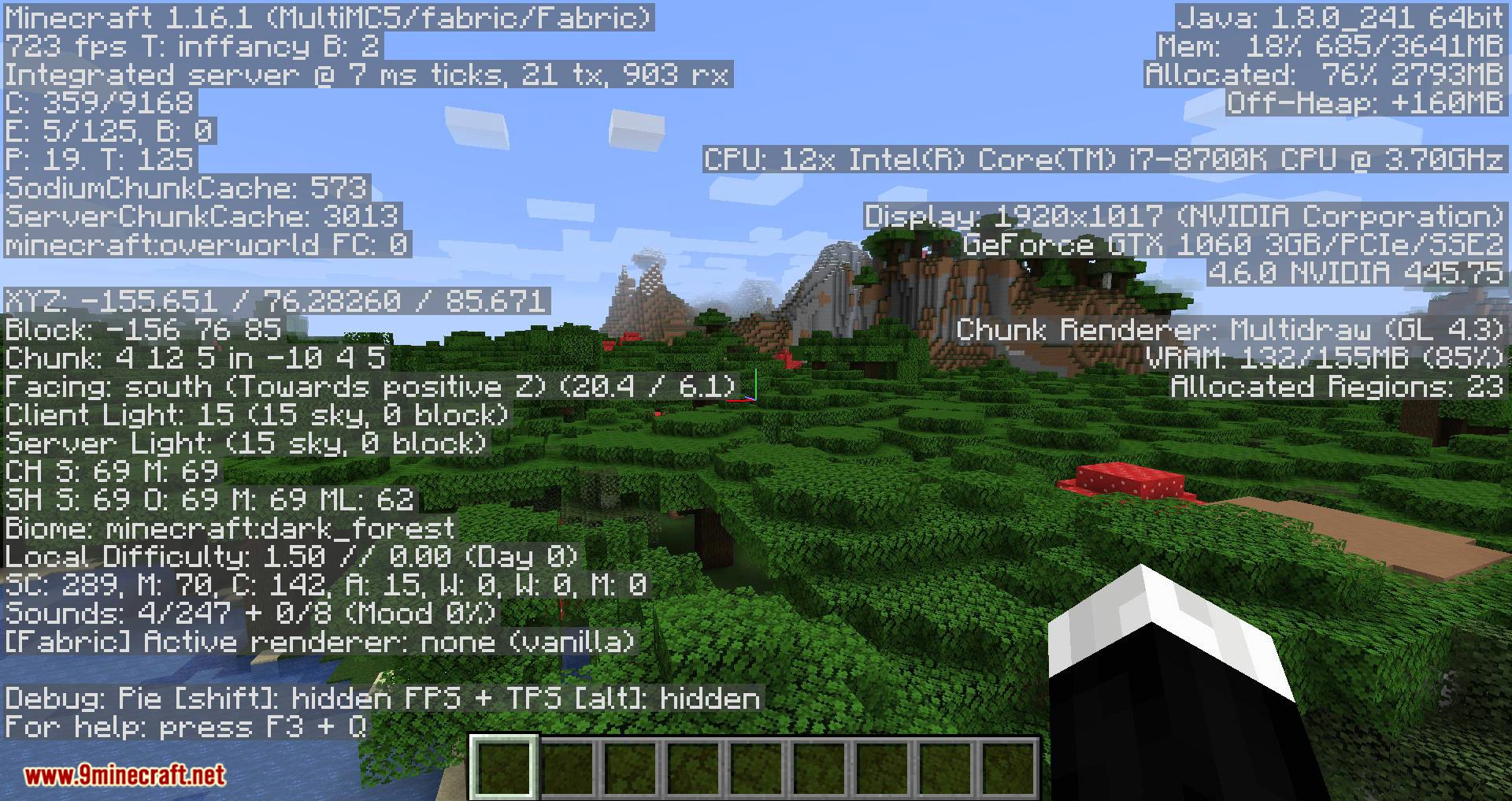 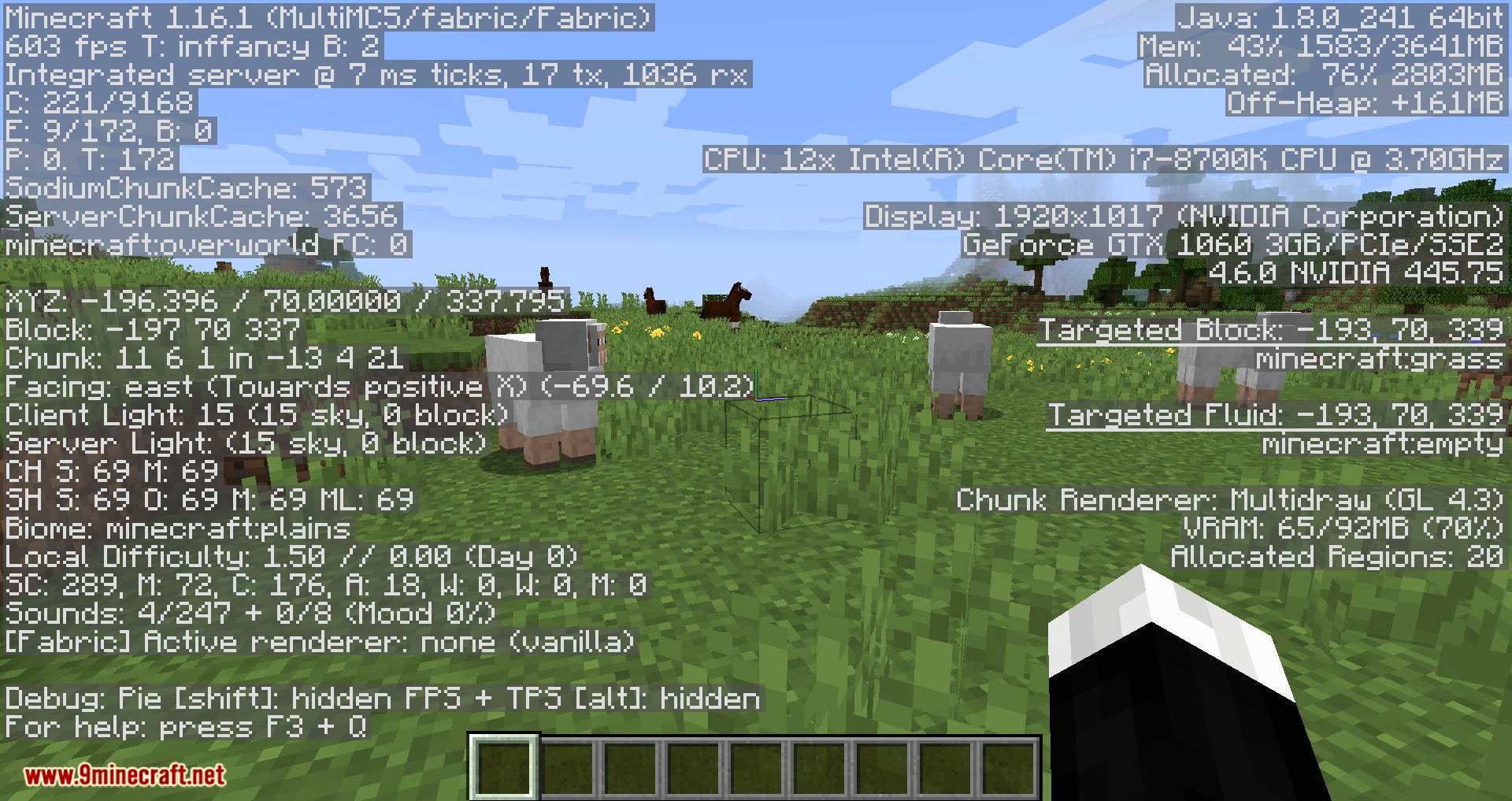 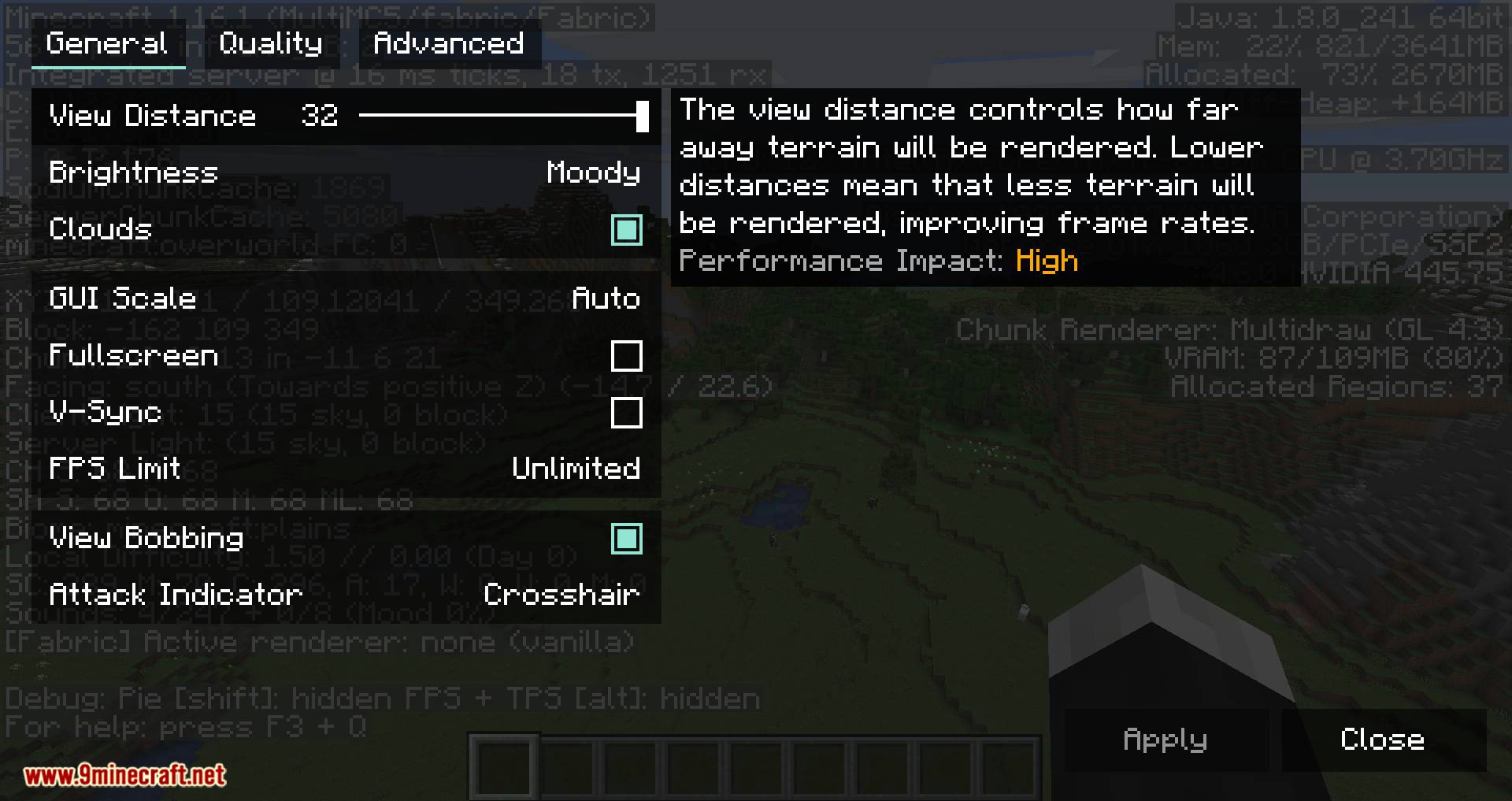 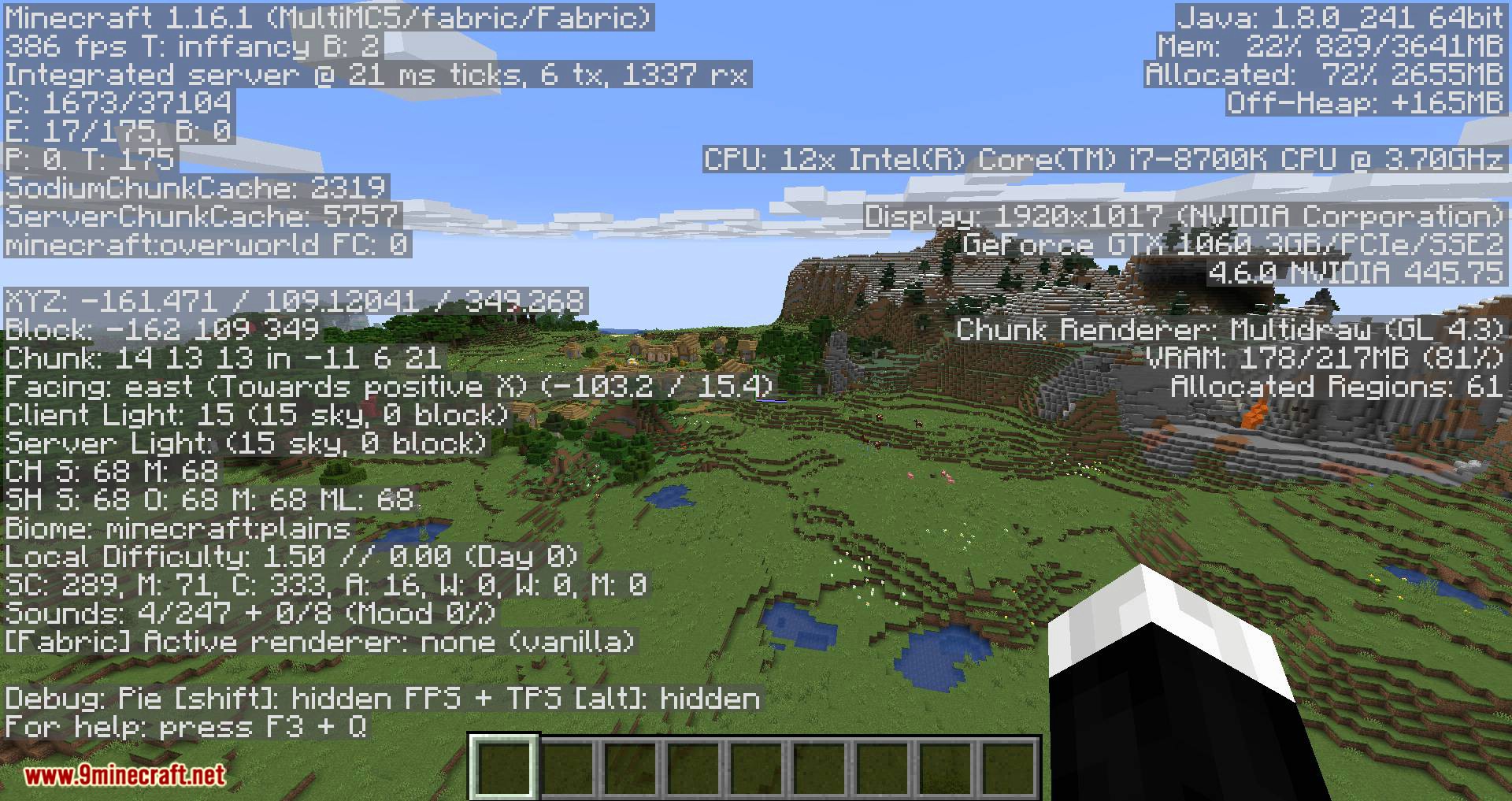