Starvation Ahoy Mod 1.12.2/1.11.2 adds in several new mechanics to Minecraft’s food system, from washing crops to hanging and skinning animals. Although the idea may seem disturbing at first, there is no gore, and it just provides an extra layer to Minecraft’s pre-existing system.

Killing any mob that normally drops meat will now result in a carcass of that animal being dropped. The animals must be hung on a Meat hanger and skinned with a filet knife, after which they can be chopped down with a butcher’s knife. To finish (and gain the cooked meat), one must construct a spit-roast (two Spit Roast Stands, two blocks away, click on with a stick) and place a skinned animal on it. After the animal finishes cooking, it will change color, too much cooking and it will be burnt. Cut off the cook animal with a butcher’s knife to receive your cooked meat.

Crops are notorious for coming out of the ground with dirt. The fastest way to clean them is to construct a Wash Barrel, fill it with water and right-click the crops on it. This will remove the dirt and give you a healthier meal.

The mod has three extra components to it: 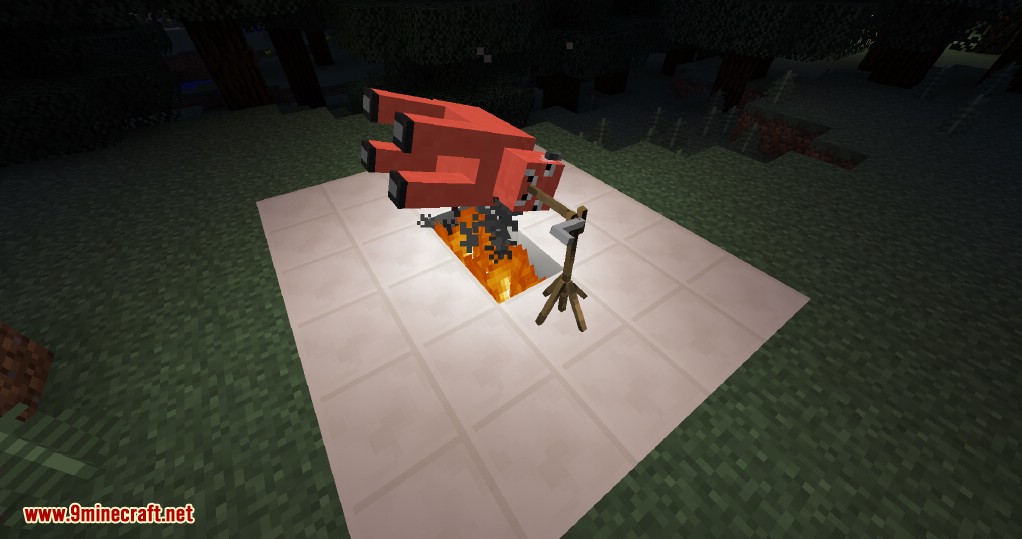 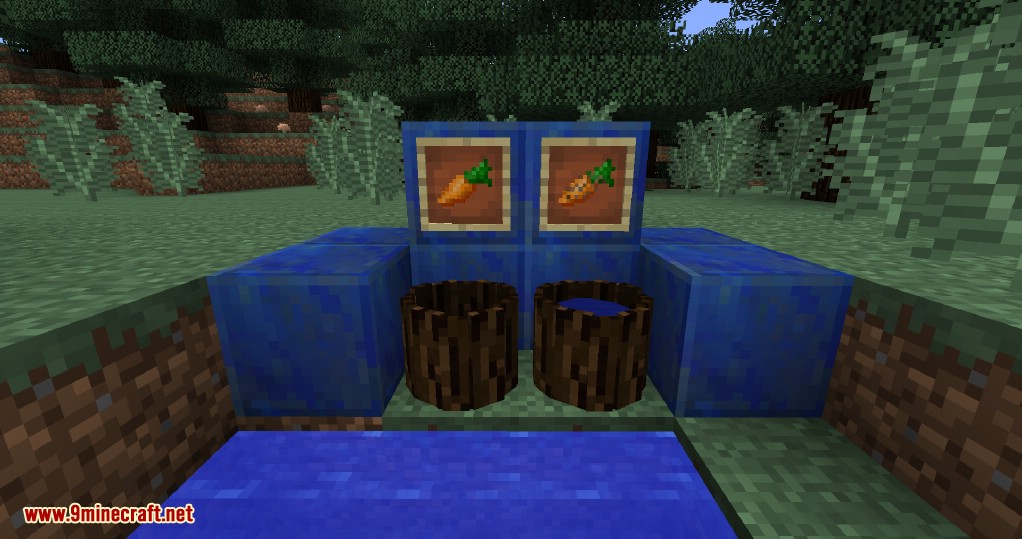 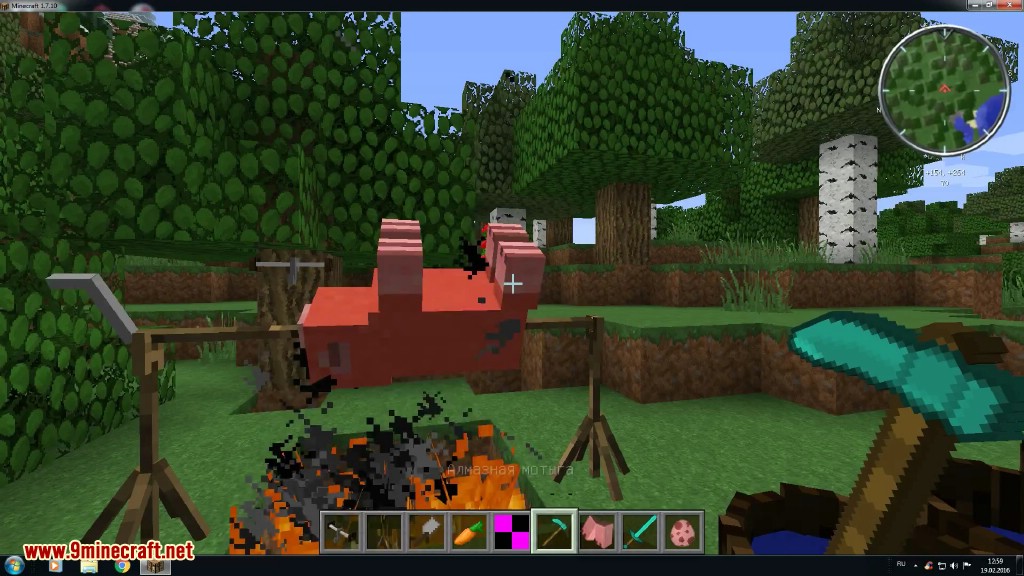 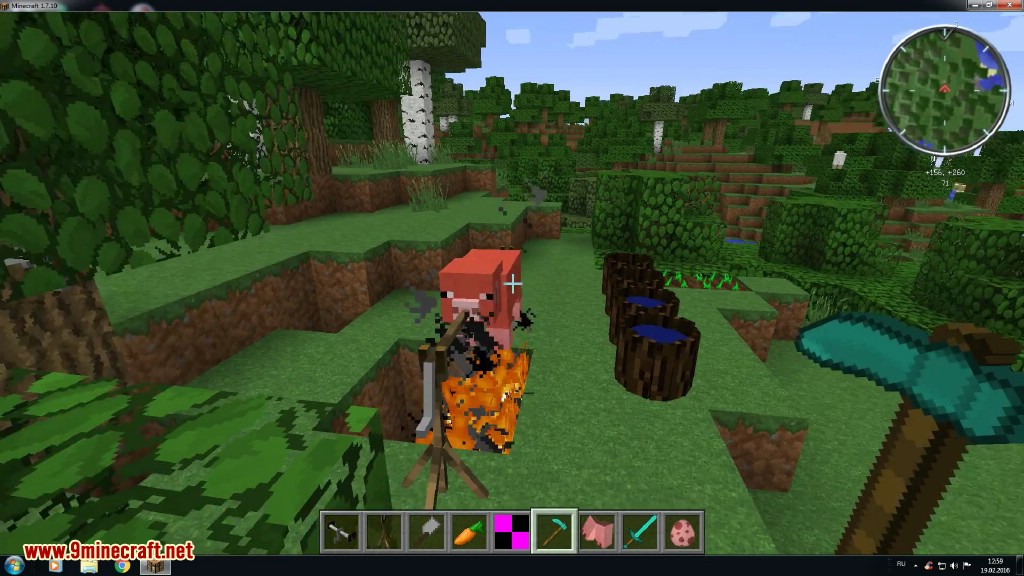 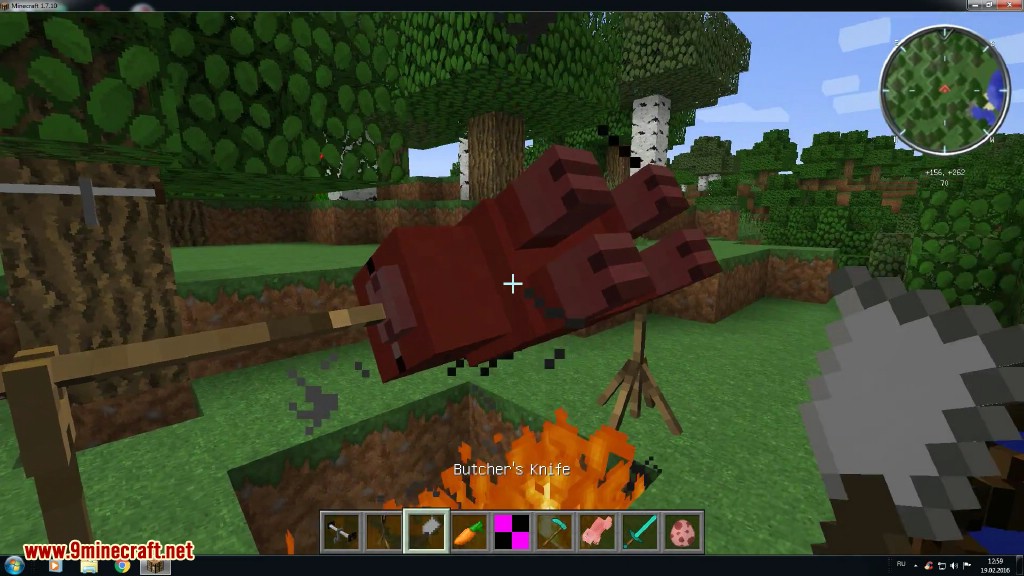 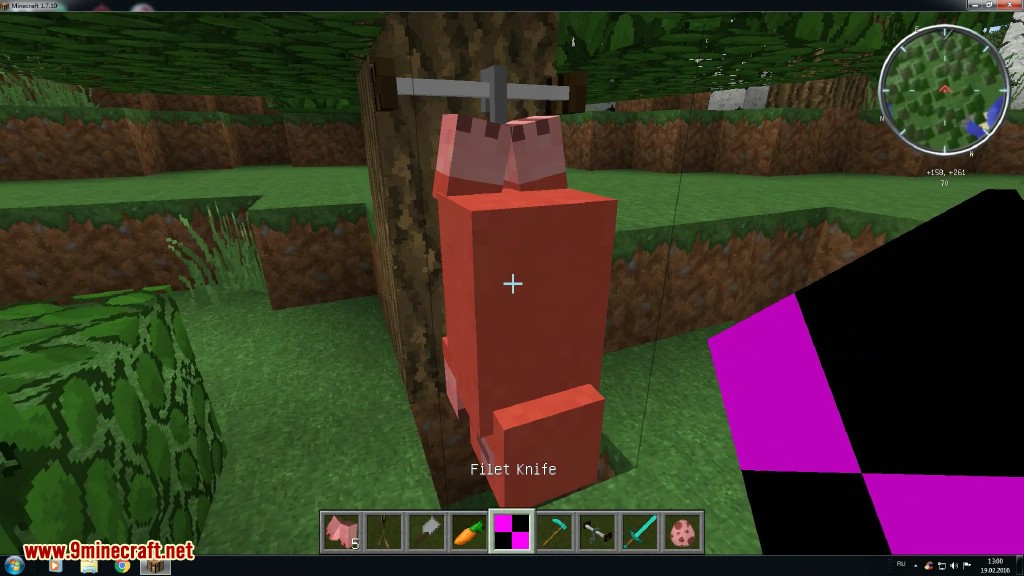 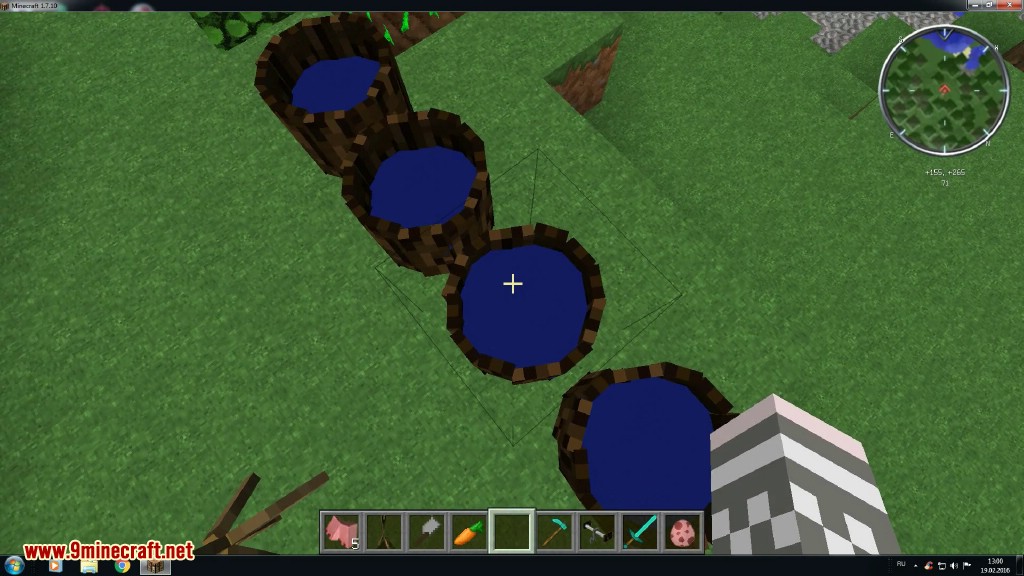 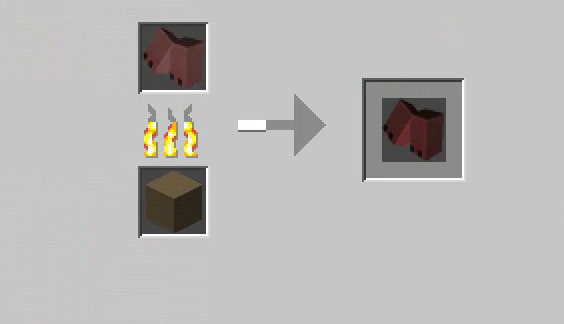 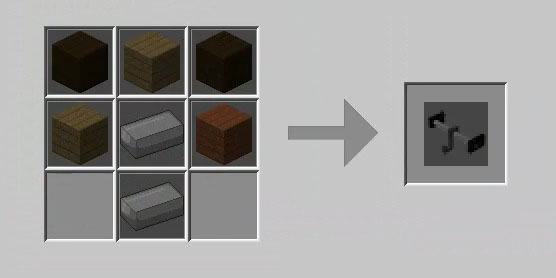 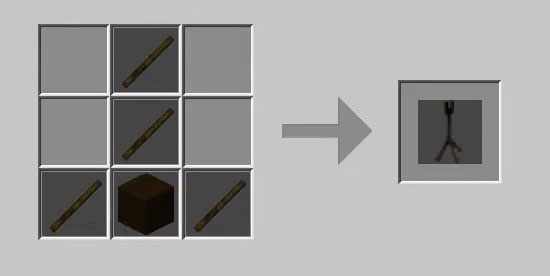