Structured Crafting Mod (1.19.2, 1.18.2) adds one block to the game: the Structured Crafter. This mod allows you to craft things in your world by determining its structure. If it has an active redstone signal, this block will craft every second. 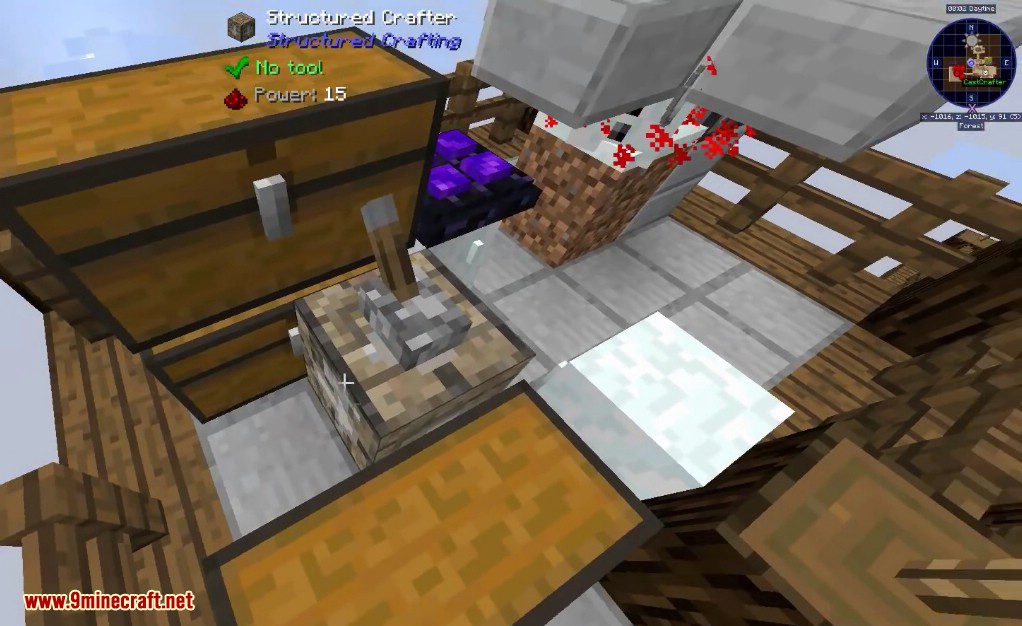 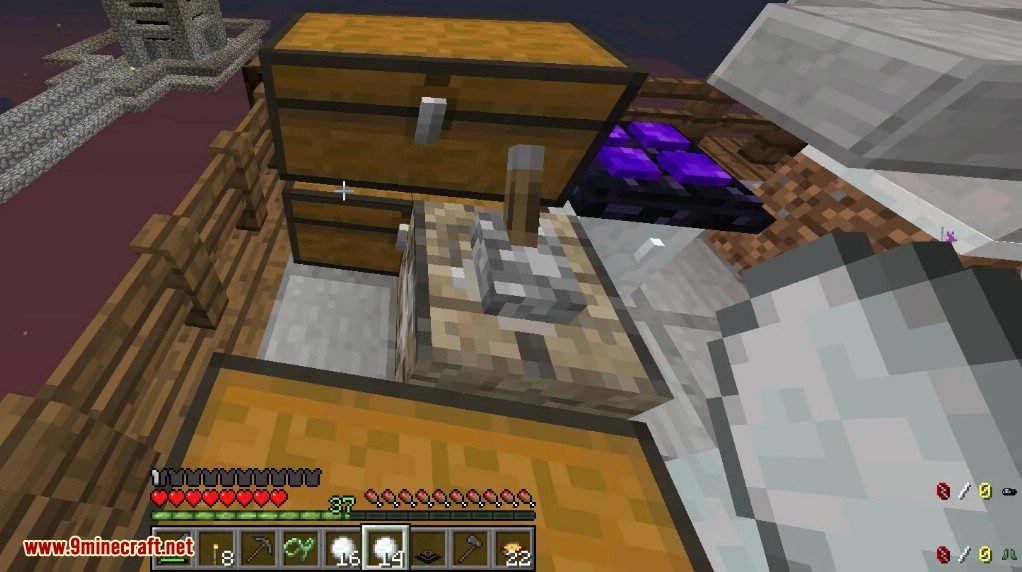 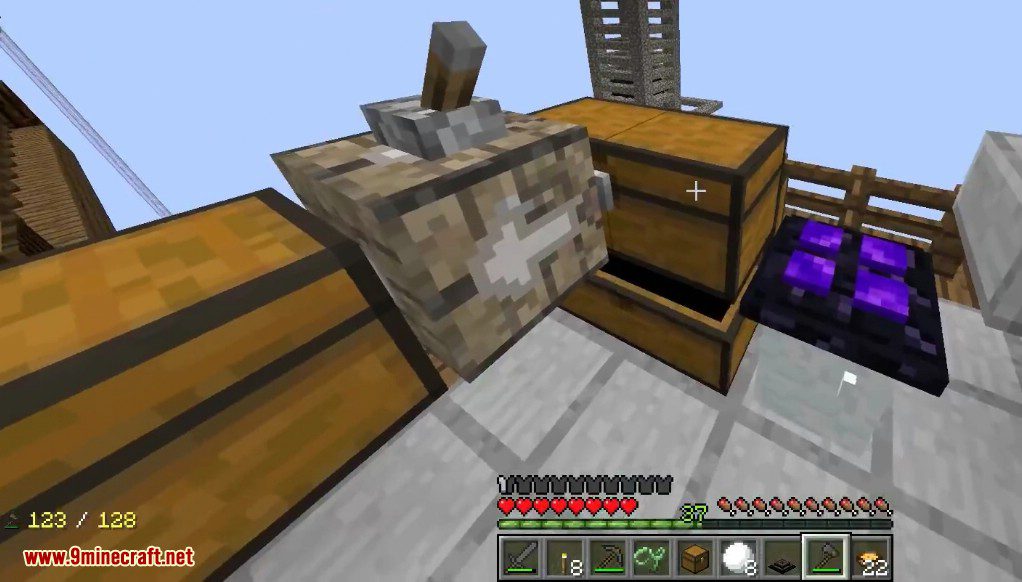 This image below shows an example on how to craft a regular crafting table. The nine blocks at the base (opposite direction of the arrow) will be checked if it matches a crafting recipe. In this case it matches the recipe of a crafting table, so at the other side of the block, a crafting table will be created and the input blocks will be consumed. 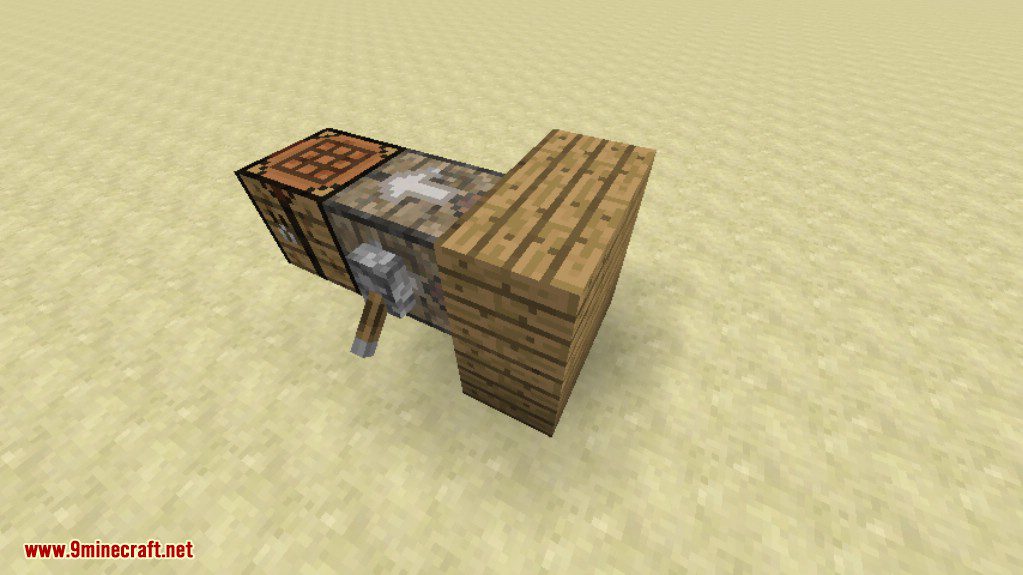 The recipe detection is flexible enough to handle various positions and rotations for input blocks as can be seen below. 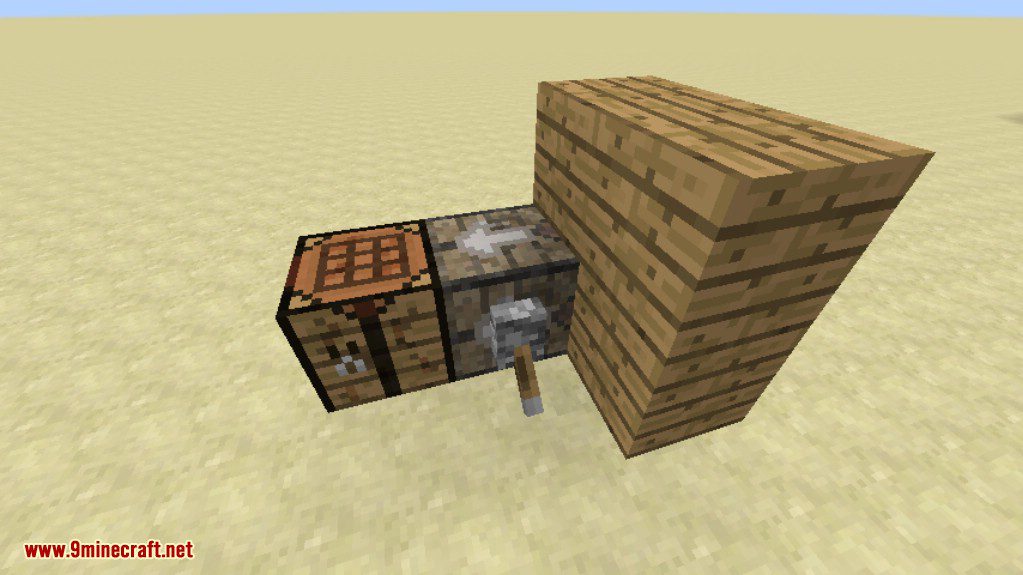 Instead of input blocks, you can also use input inventories, like for example chests. 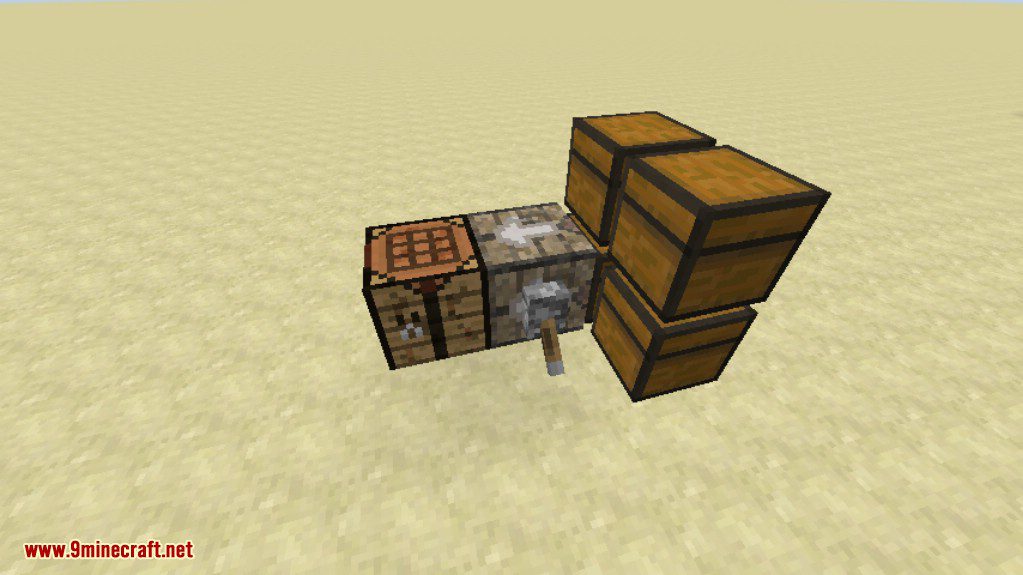 These can be used in combination with input blocks as well. 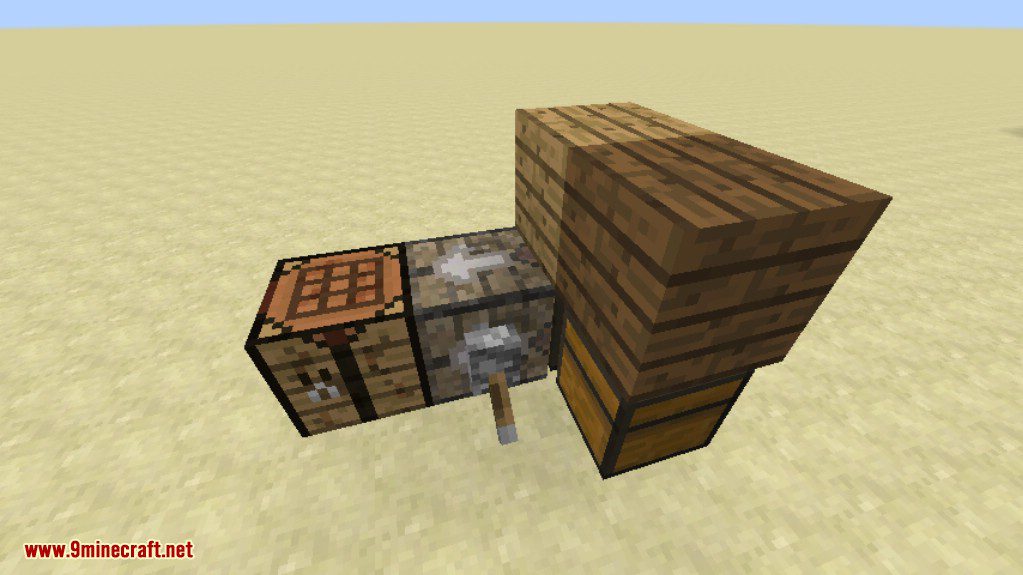 When a recipe has multiple output items (like 1 log to four planks), it will try to place the first block and drop the others on top of it.

If the item can not be placed, all items will just be dropped in the world. 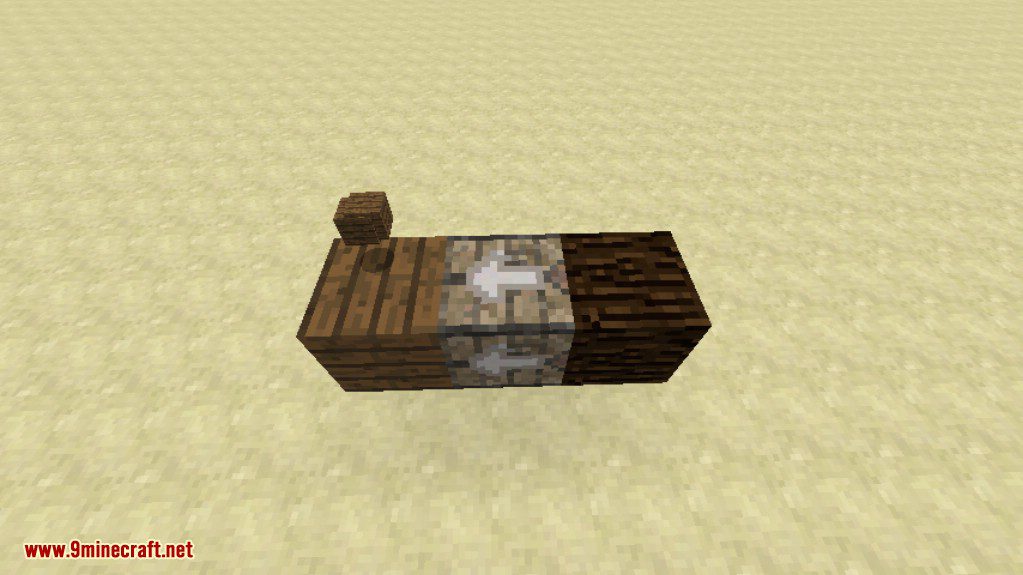 Inventories can be used in the output as well, this is useful for these cases when there are multiple output items, so we can capture them all in a chest. 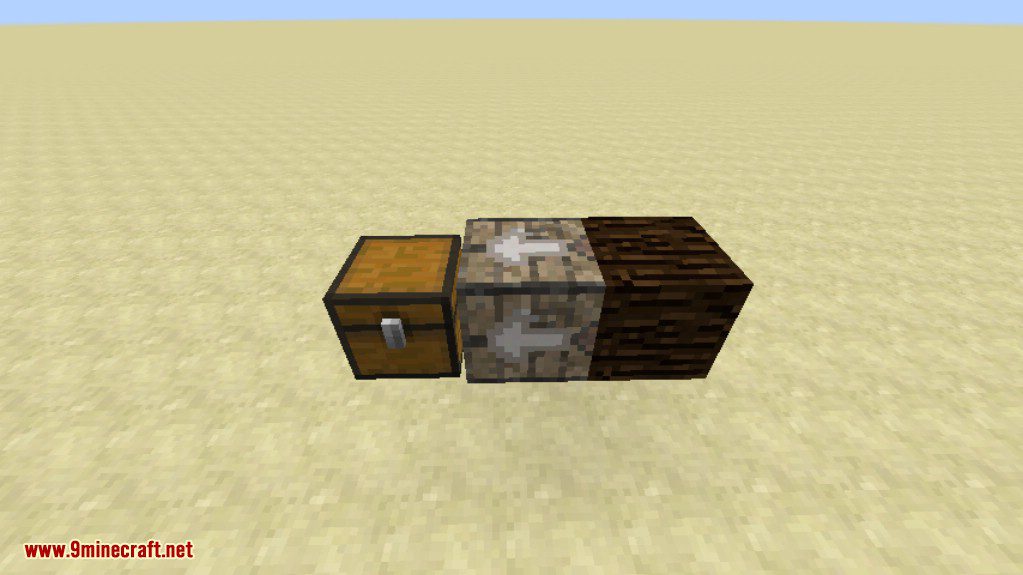 You can create endlessly complex crafting systems with this, like the one that can be seen below. 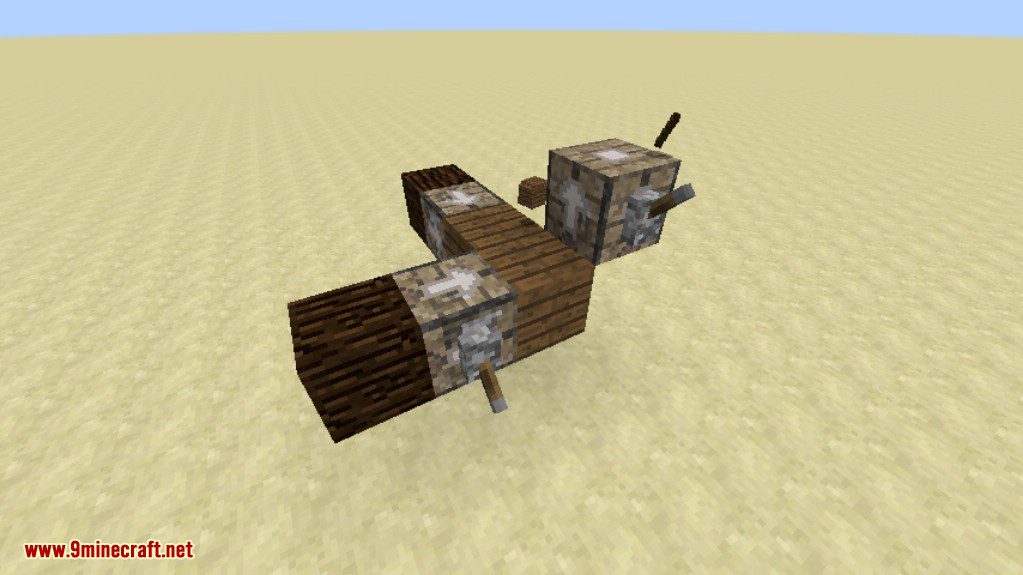