Summoner Mod 1.2.2 is a mod that revolves around a mob called Summoner. He might be familiar to you as an Illager, and his name will probably tell you what he does. However, there is much more to him that you might think. For more information, please continue reading below. 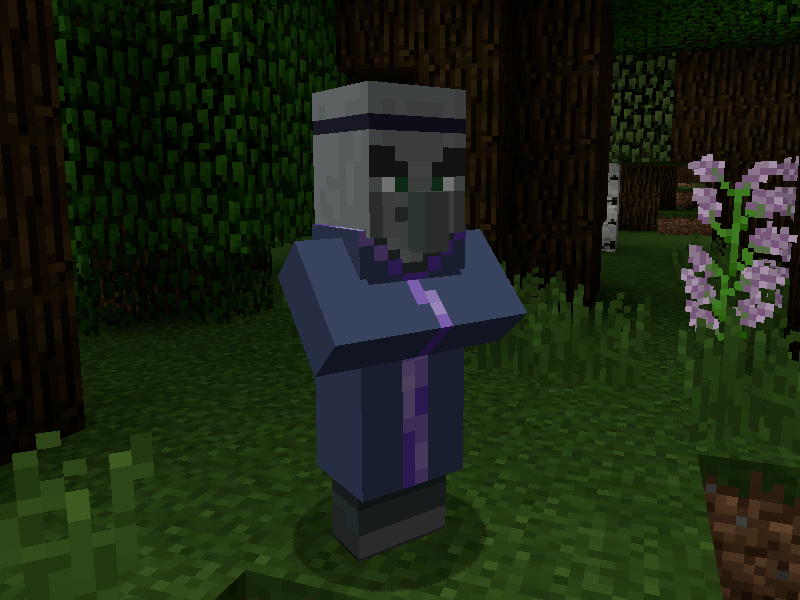 They spawn just like other mobs, but they are more rare. They can attack players, villagers, and iron golems upon sight. They spawn mobs of fighters, as you may have guessed. 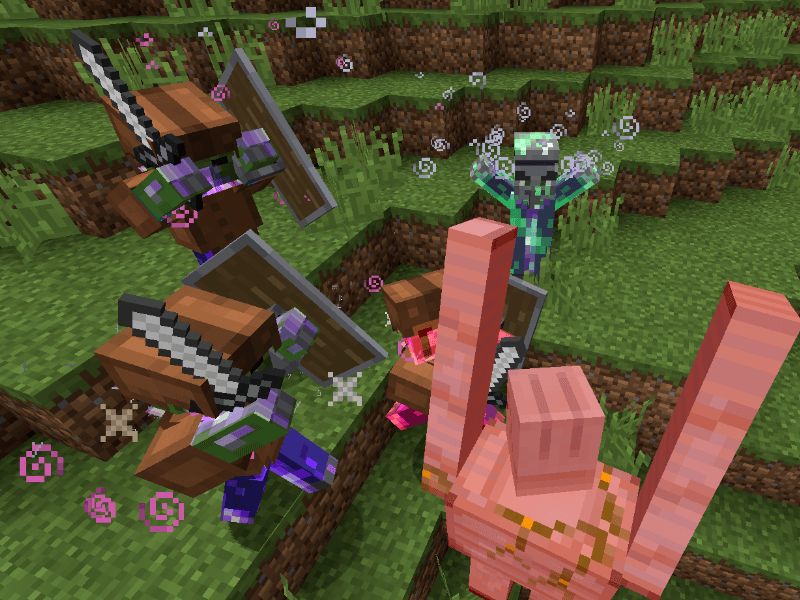 This is a Summoner summoning zombies to attack the Iron Golem. Notice the green surrounding the Summoner’s head? This indicates that he is immune to attacks. When he casts summons, he puts up a shield that lasts for a few seconds. On a cooldown, he will continue to spawn new summons; however, the summons can only remain alive for 500 ticks before automatically dying. You can kill Summoners to keep their summons alive until they expire. Summoners do not drop any items, but they will drop a Summoner Orb as well as some Emeralds.

These are 100% available from Summoner. These can be used to capture the spirits of any mob. You can blacklist mobs in your config file. There is a chance that the spirit of a mob that you kill will be captured by the orb while you have it in your inventory. This chance depends on how healthy the mob is. A mob with 20 points of health has a 20% chance of being captured upon death. To capture a mob, simply right-click on it with an orb. To summon the mob as your follower, you can right-click with the orb after they are captured. 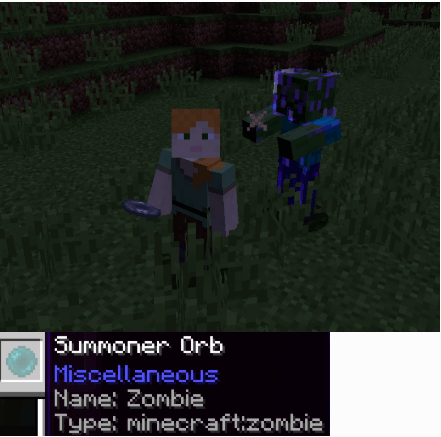 This is the zombie who follows the player you see. They will follow you and attack anything you do. If they are not staying, you can shift-rightclick them. The orb’s durability will be affected by the cost of spawning the mob. An orb is only useful for a limited time, but can be fixed with an ender pearl. To make the mob retreat, right-click on the orb. They will also retreat if they die or their time limit expires. These orbs summon a mob that will stay for 2000 ticks. They also don’t despawn. Are you unhappy with the captured mob? You can simply put the captured mob in a crafting grid to reset its contents.
It’s time to build an army! 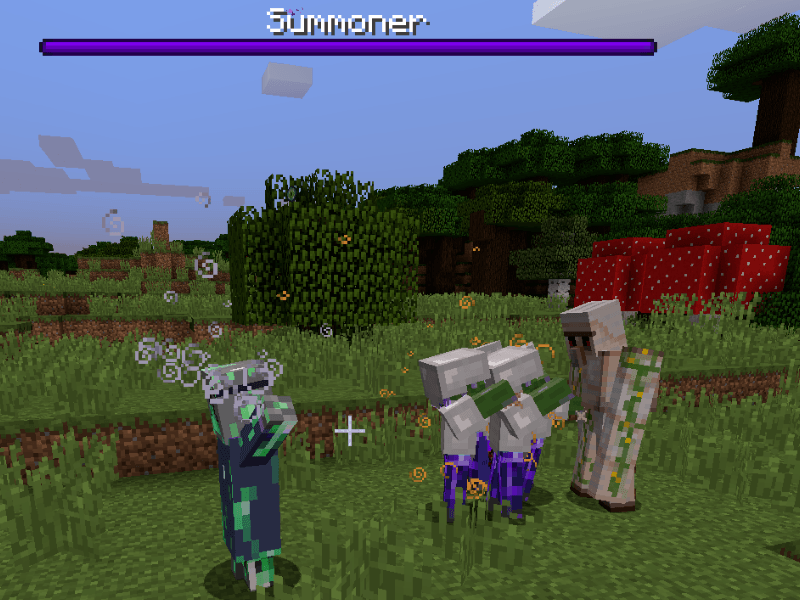 It works exactly the same as a normal orb, but it has more durability and summons that can be used with it have no time limits. This makes it a permanent pet up to the point where the mob is killed in battle.

The mod’s config can be accessed from within the game through the mod options menu.

The following general options can be changed:

The Summoner spawn rates can be changed through the MultiMob settings.

Edit mode allows you to edit the Summoner’s summon groups and boss waves. See below how:

This should be done server-side only (or on both sides). Using the following method you can add modded mobs to the summoner groups.

Whenever you capture a mob in creative mode using a Summoner Orb in Edit Mode; the game will put out a small file in the minecraftInstallationFolder/config/thesummoner/summongroups folder. That file is the NBT data for that mob (has no file extension). So you can use /summon to spawn a crazy mob, then capture it and create a nbt file for it.

In order to create summon groups or boss waves, you will need to put these nbt files in specific folders. Make sure you are still in that summongroups folder. In that folder, you can make new folders for each group/wave and I will explain with examples:

A folder called “group1_3” will populate the first summon group a Summoner can choose from. That group will have a weight of 3. The weight means the likeliness of the group being summoned. The higher the number, the more likely it will be chosen. Add the nbt files for each mob of that group inside of that folder to add them to the summongroup. Then a folder called “group2_1” will be group 2 with a weight of 1 etc. etc. Note that when you add your own summon group; the default ones will all be overwritten. Go in game and test if it works by spawning a Summoner and an Iron Golem.

For boss waves; do the same as above but make a folder called “bossgroup1” for the first wave etc. Add all relevant NBT files to that folder to make them part of the wave. Seeing as these all go in order there is no need to define weights.

Make sure you follow the syntax above as, although there is some safety code, some weird setups might crash the game. The game does output errors in the logs as well when problems occur. 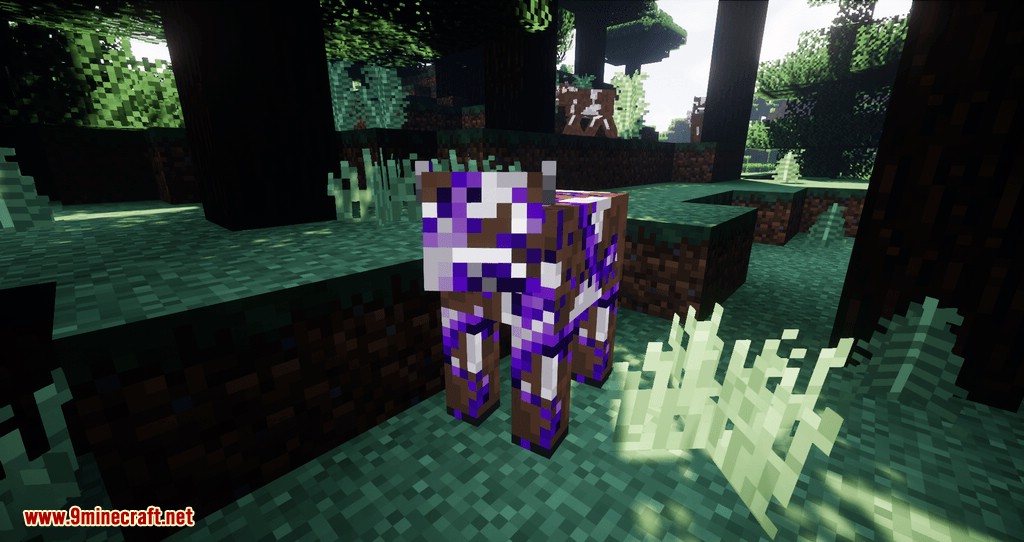 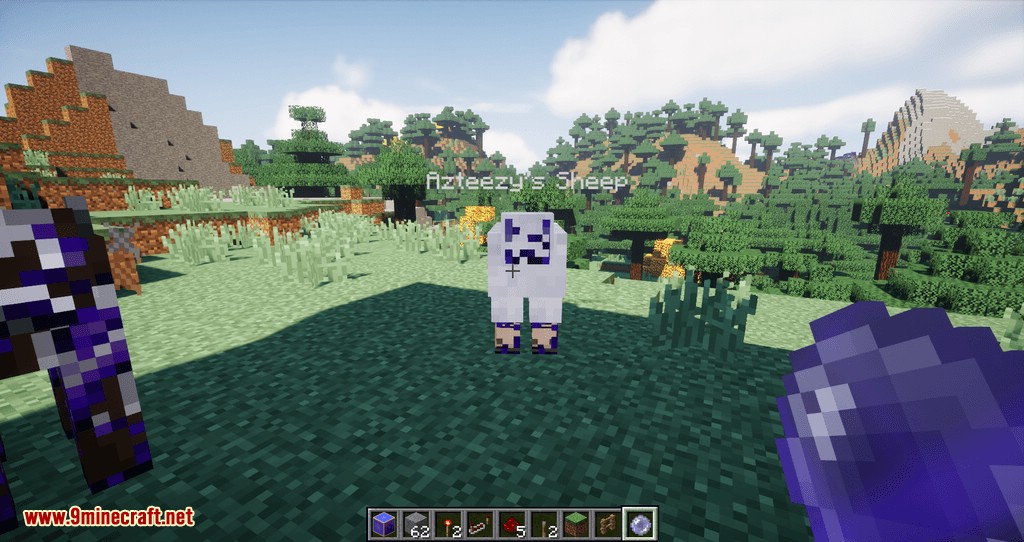 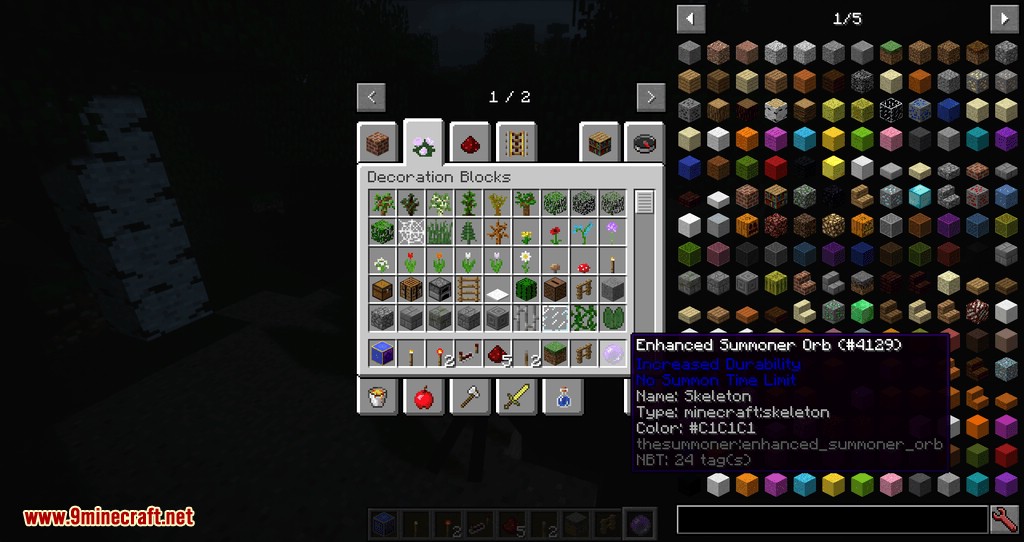 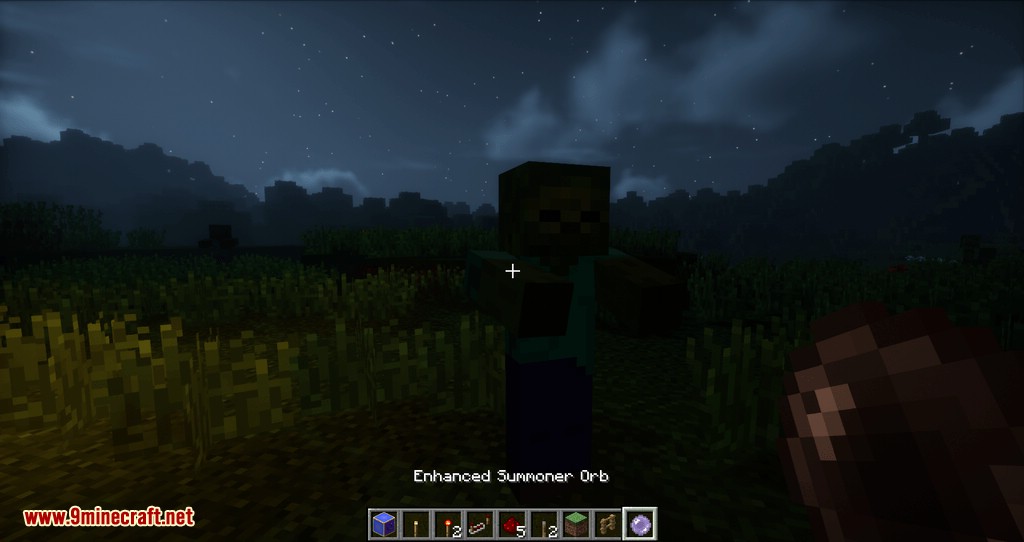 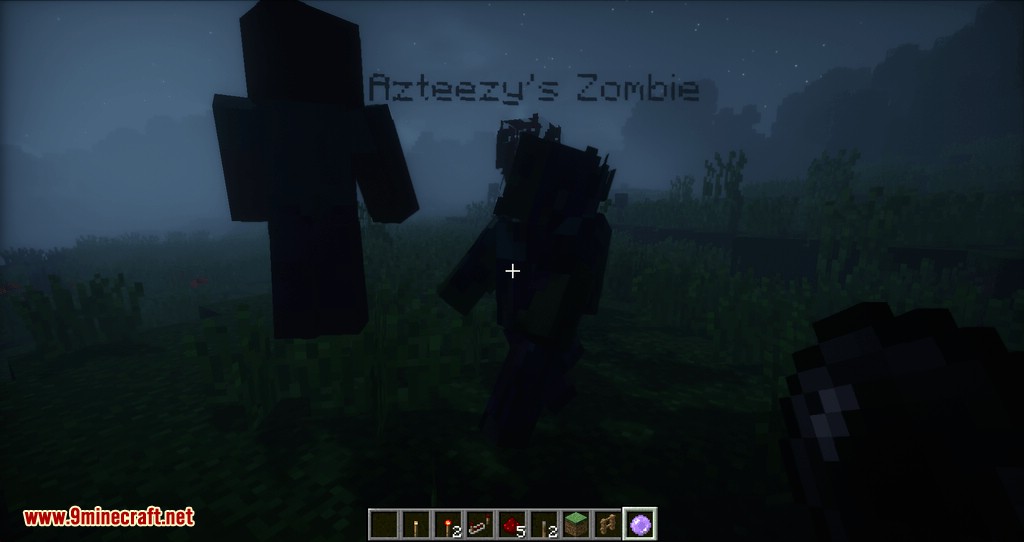 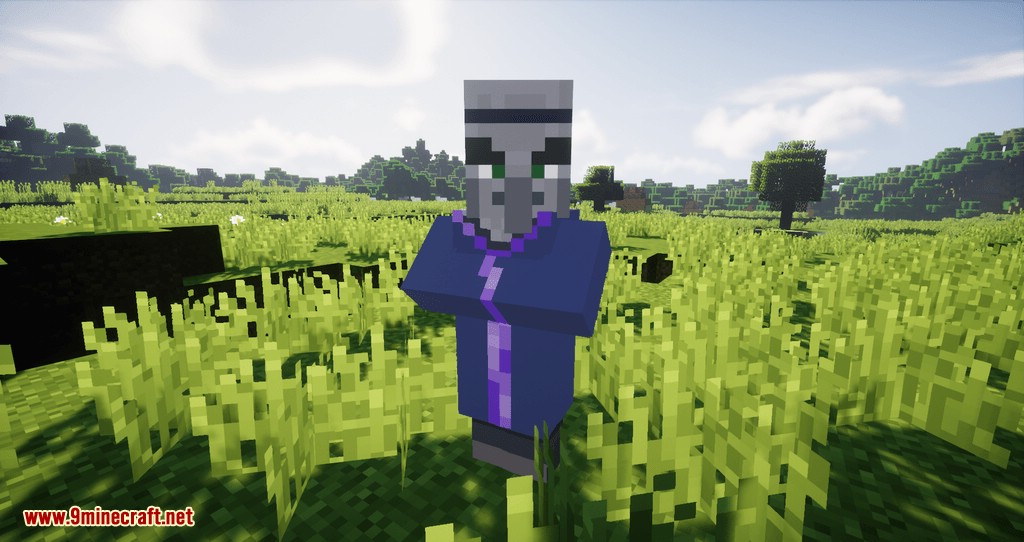 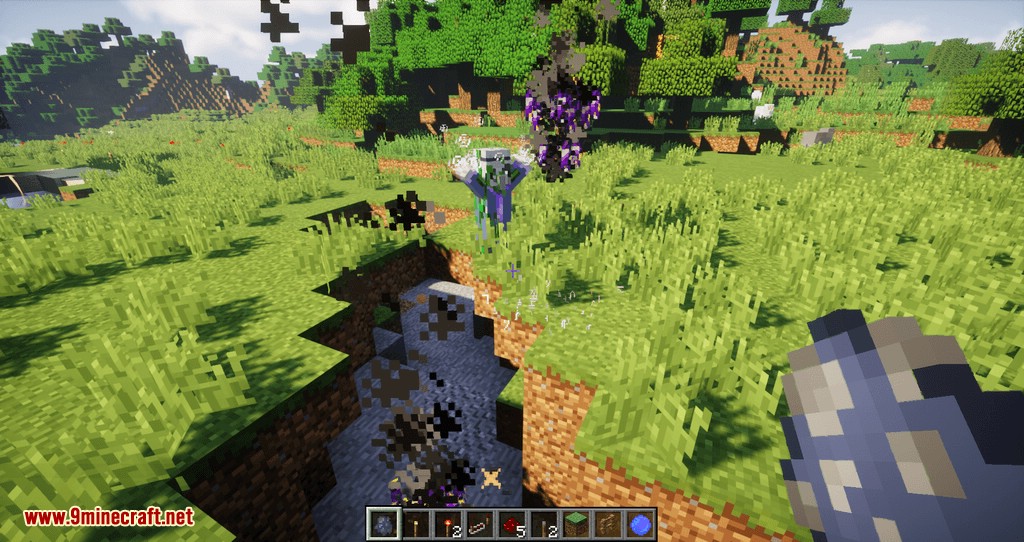 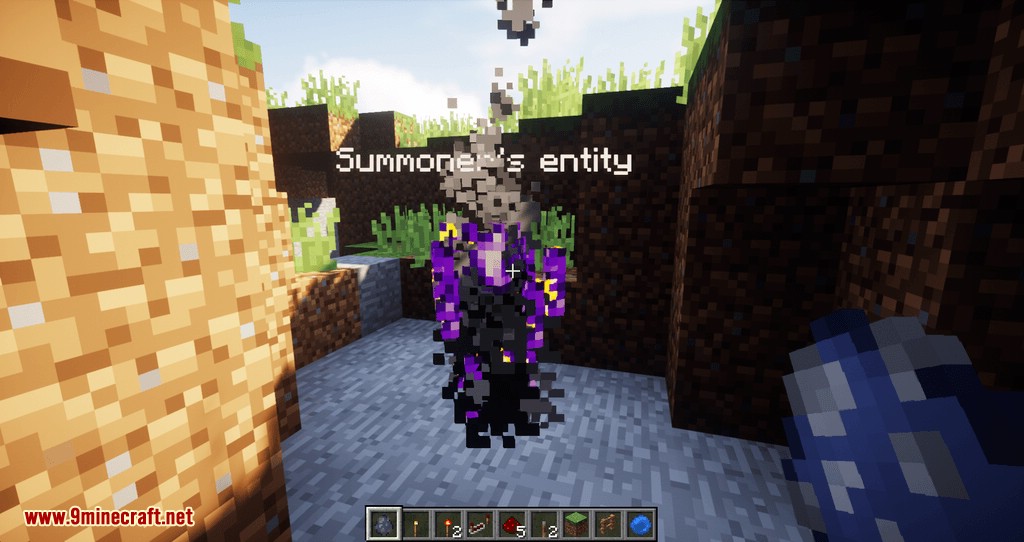 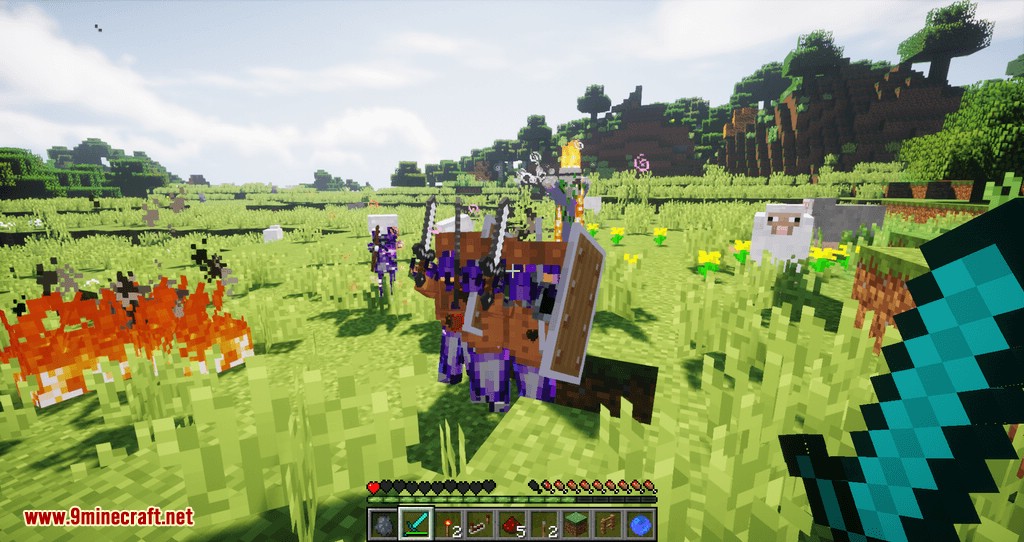 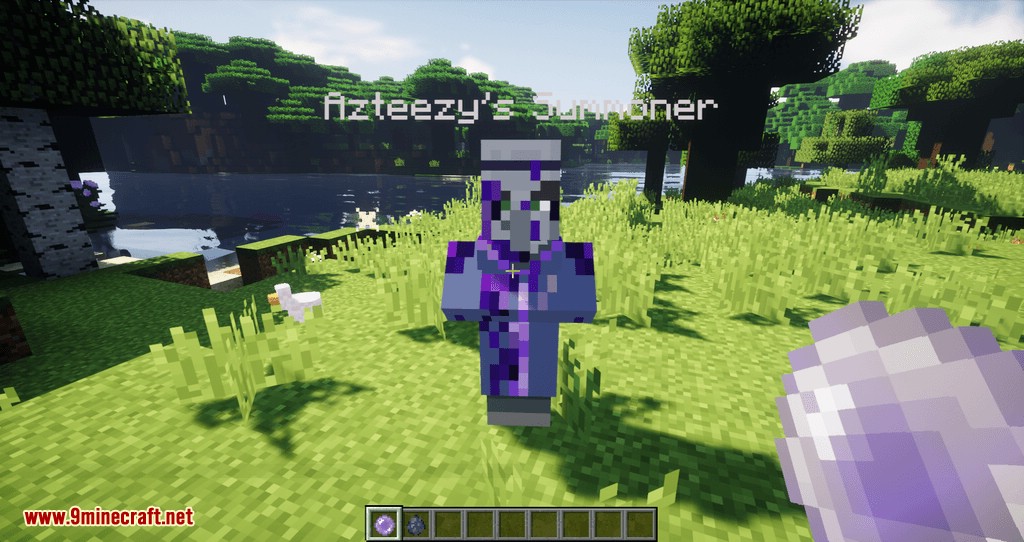 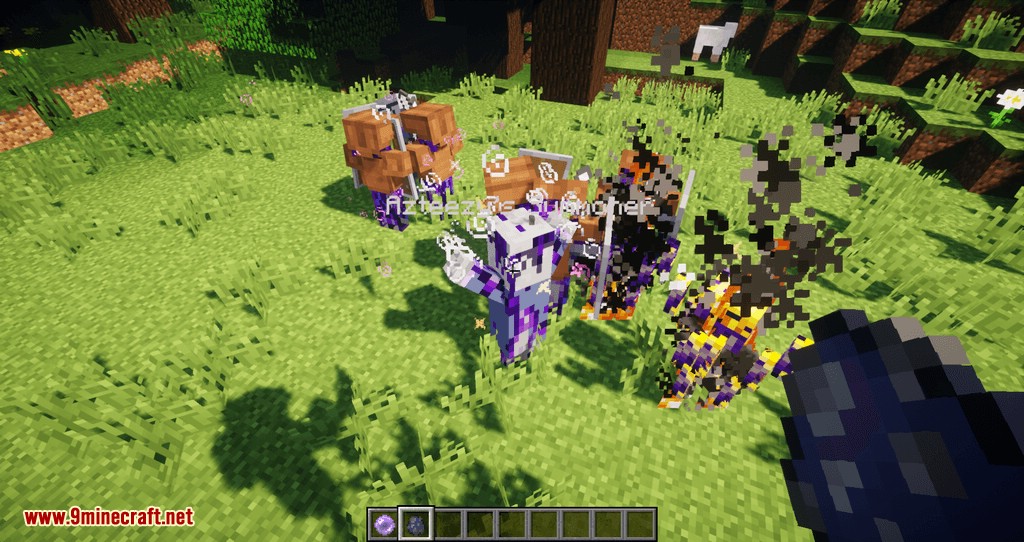 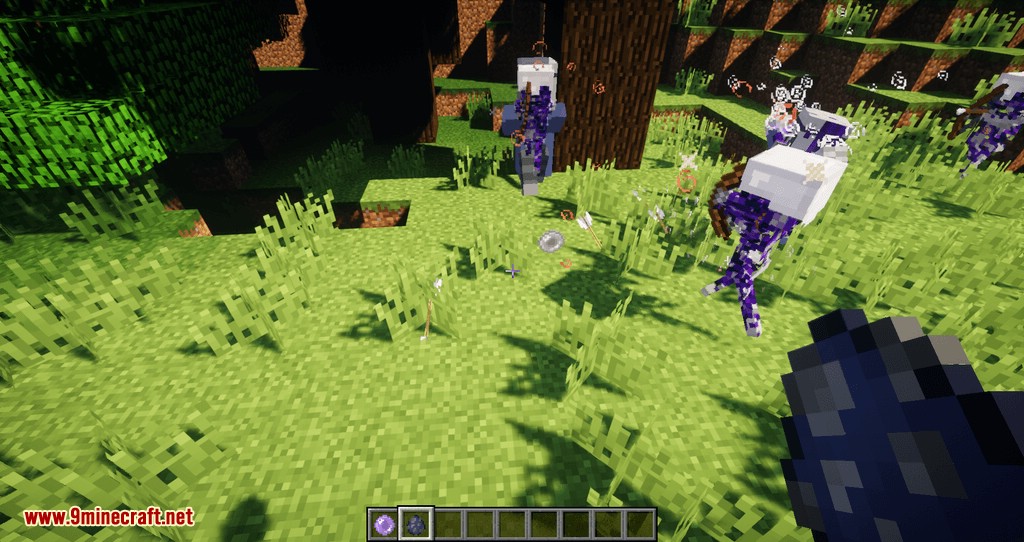