Traffico Mod 1.12.2 adds traffic lights, walls, cones, speed bumps, sidewalk and asphalt blocks of various heights. This mod is a direct continuation of TheTrollguy_’s Traffic Stuff Mod. All worlds created with Traffic Stuff Mod can be loaded with Traffico installed without any loss (all blocks will be kept and updated with new textures/models/functionality).

Aside from traffic lights, cones, walls, speed bumps of various shapes and colors, Traffico adds asphalt blocks and height in 4 different heights: block (1.0m), cuboid (0.75m), slab (0.5m) and half-slab (0.25m). All mod’s blocks (cones, poles, walls, speed bumps) adapt to blocks below them meaning they don’t float above, but rather stick to the block’s height. This works with all Minecraft slabs (and stairs for poles). The mod also includes support for diagonal roads!

The mod is in its early stages and many features are considered for future versions (including signs, cars, survival mode support, etc.). The mod is creative-only, meaning there are no recipes for any of these blocks. 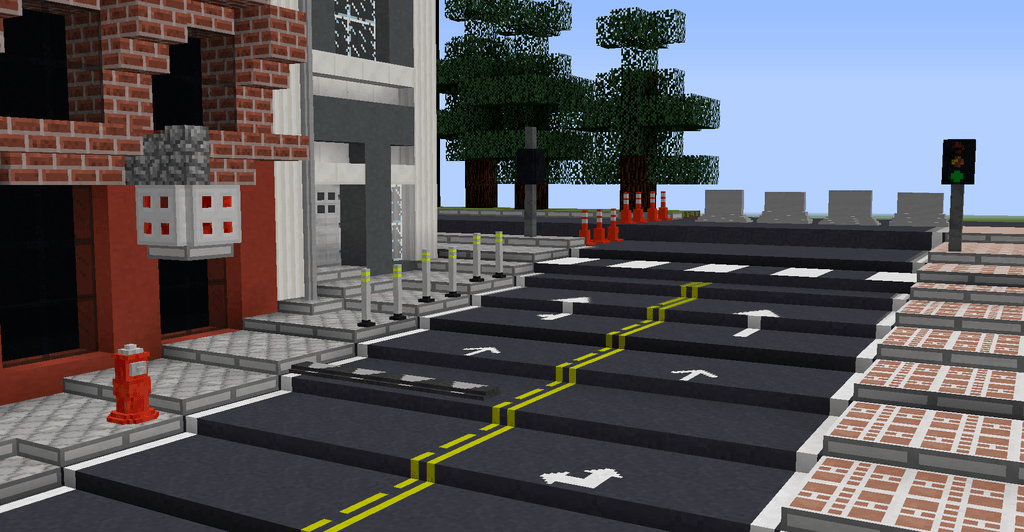 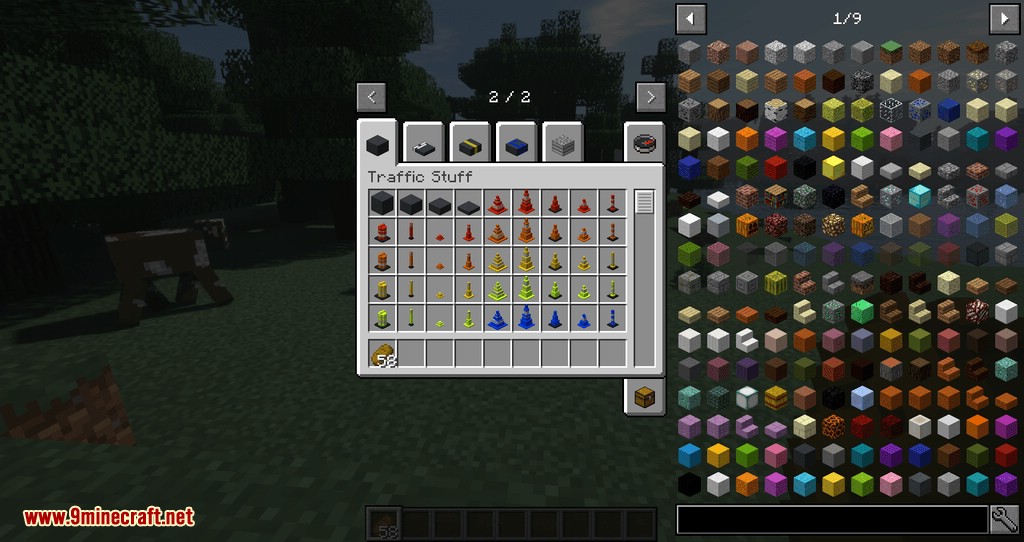 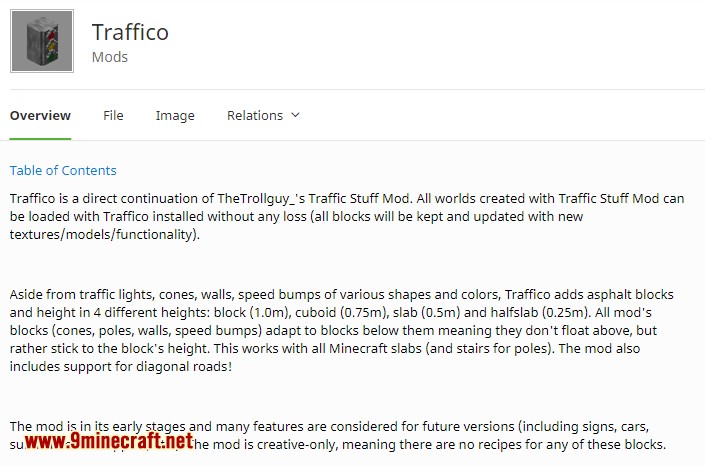 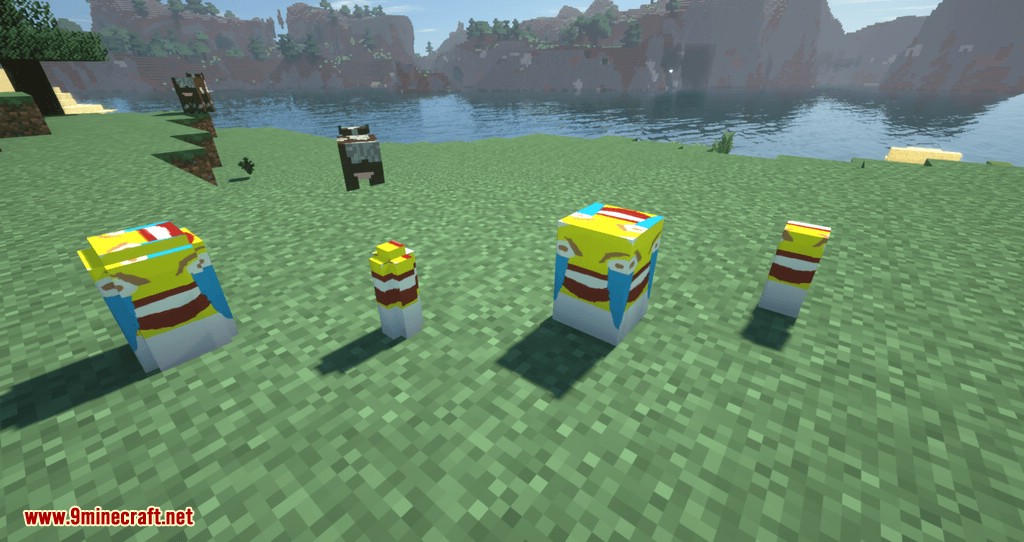 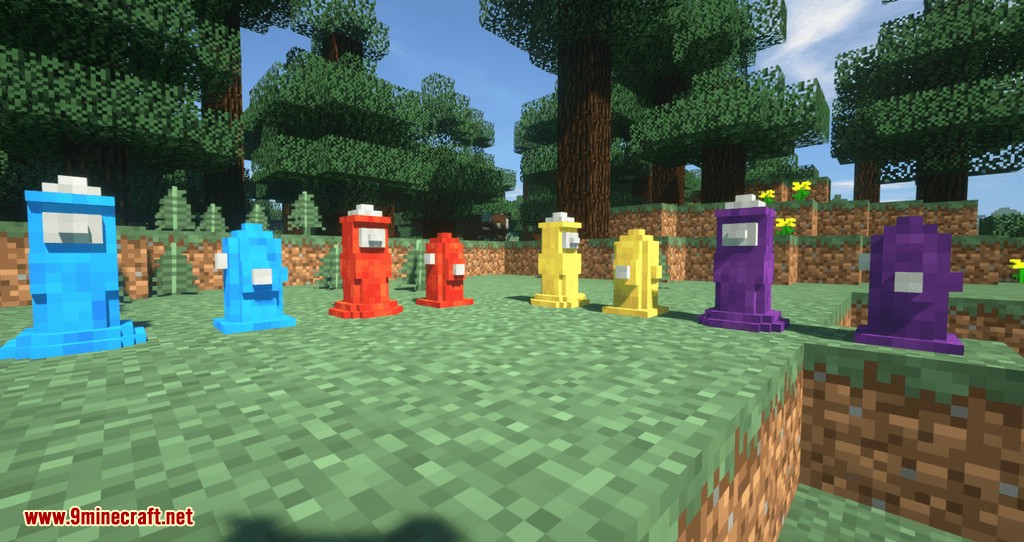 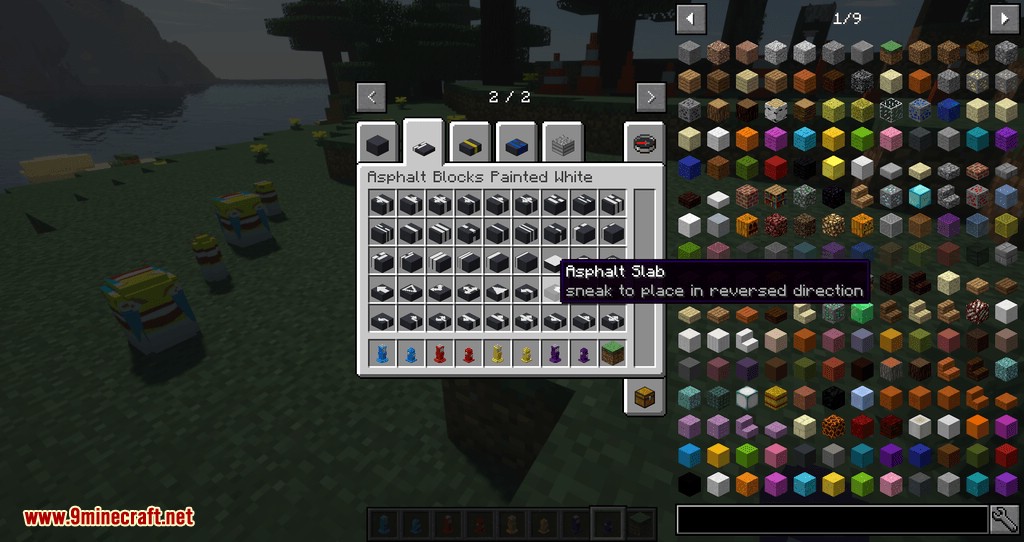 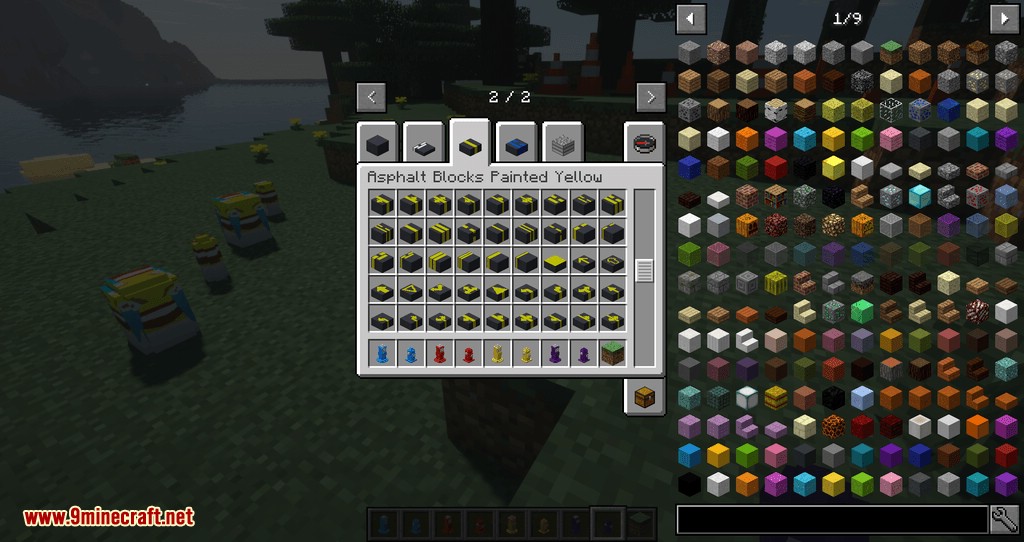 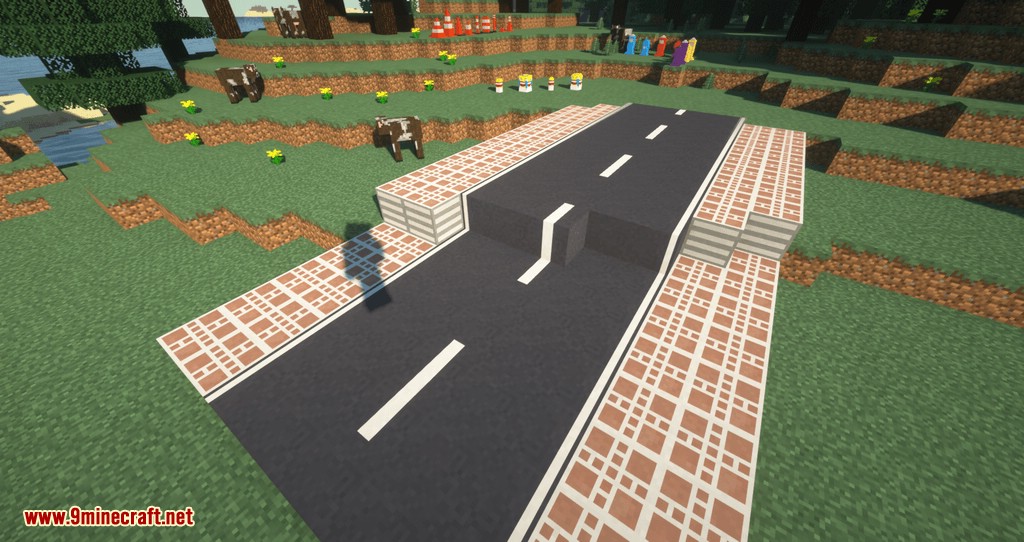 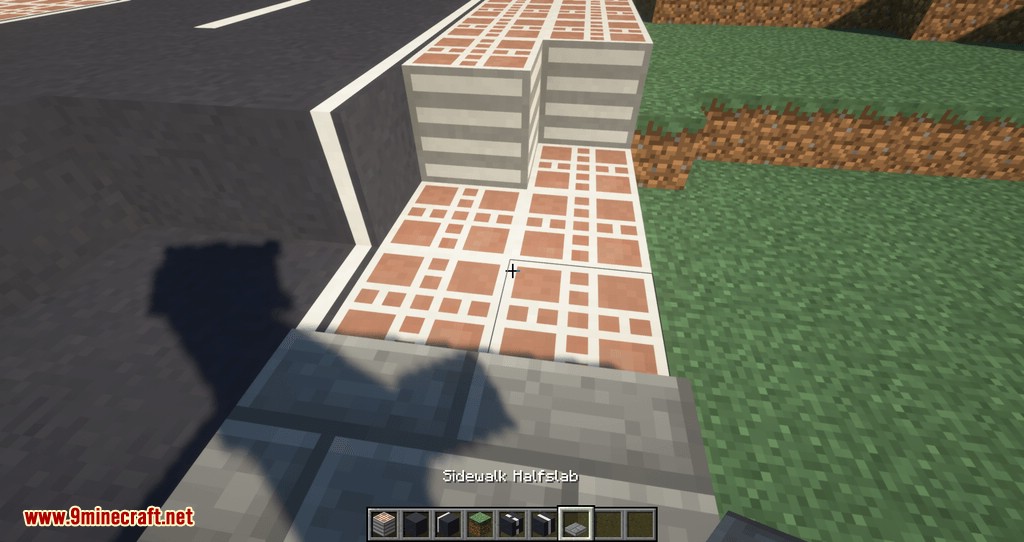 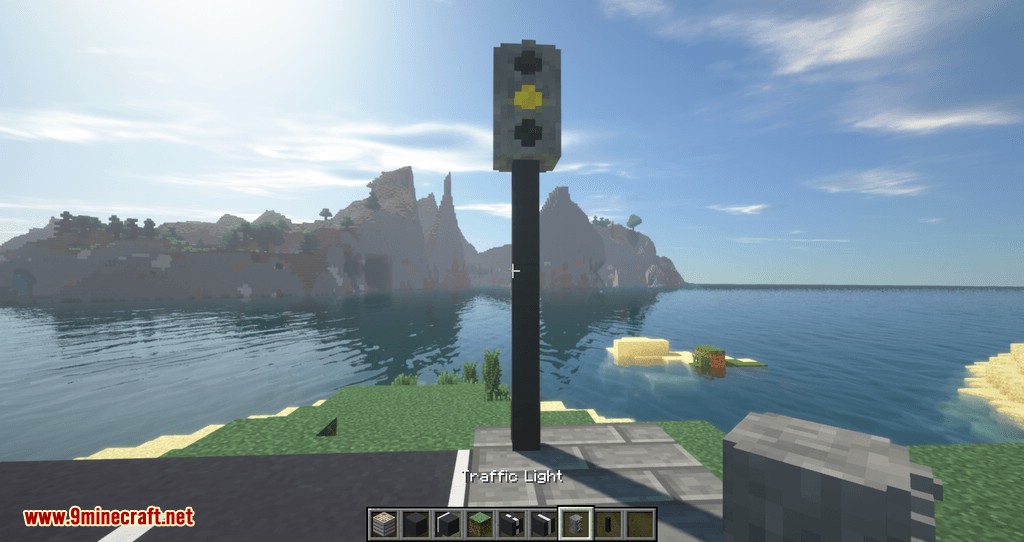 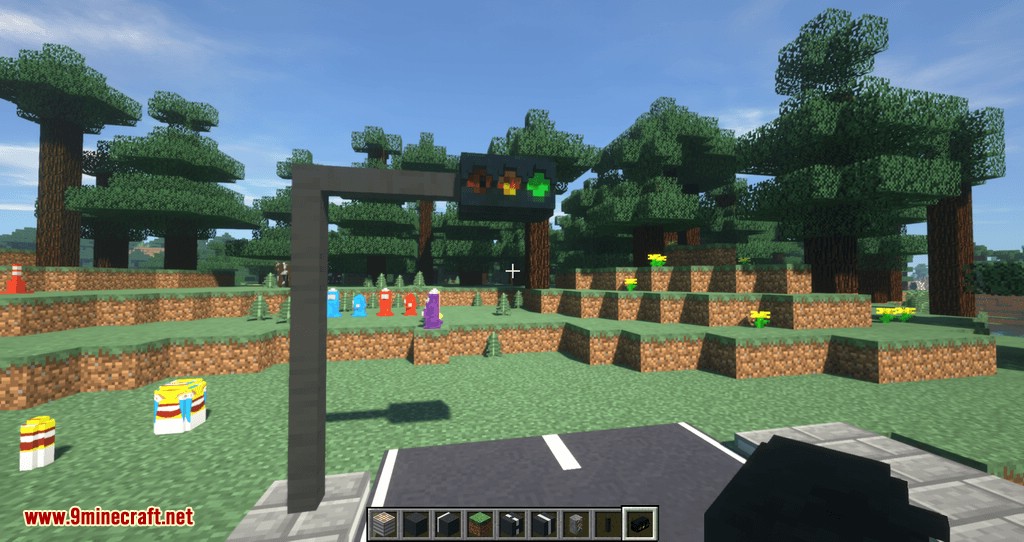 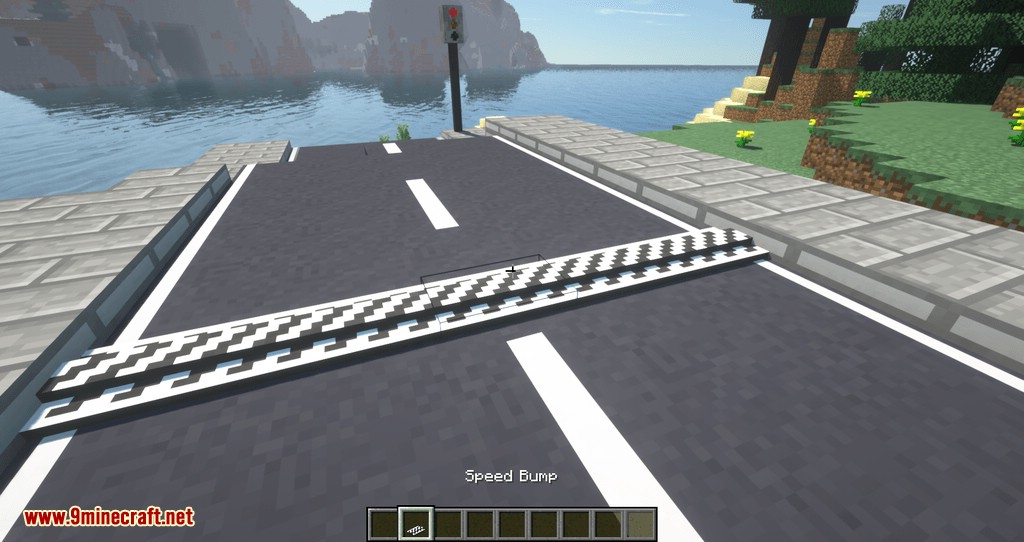 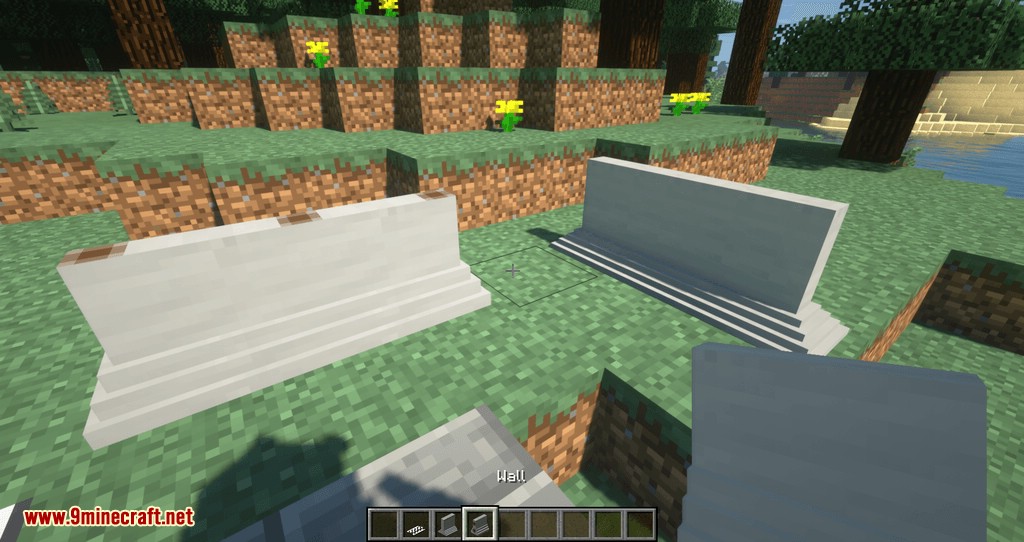